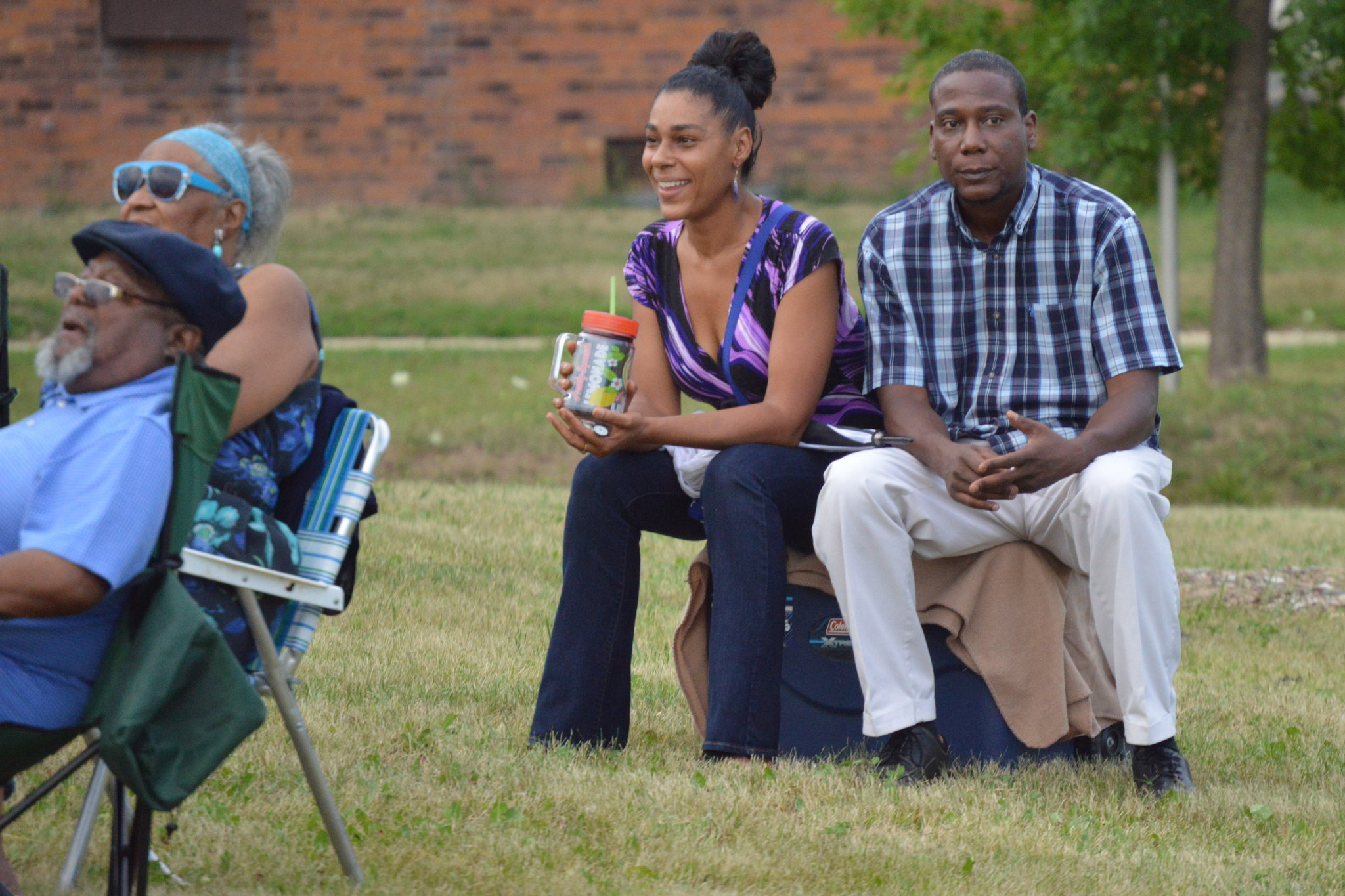 Editor’s note: This article is one of an occasional series profiling the 15 finalists for the Milwaukee Awards for Neighborhood Development Innovation (MANDIs). The Green Tree Community Garden is a finalist for the Brewers Community Foundation Public Space Award, which recognizes a public space that helps build the community.

In 2013, a vacant lot inundated with overgrown weeds sat next to the Milwaukee Job Corps Center on 60th Street and Green Tree Road.

Today, the same lot is home to 24 raised-bed vegetable gardens. A large pergola is adjacent to the vegetable gardens, providing shelter from rain or sun. The northwest corner boasts a large rain garden and perimeter benches provide a spot to watch butterflies or birds.

“We wanted to make this garden like a second home to the Green Tree community,” said Jessica Noth, project manager at Havenwoods Economic Development Corp.

Noth, along with students at Job Corps, transformed the lot over a two-year period beginning in summer 2013. Many of the students, who are learning trades at the center, expressed interest in improving the vacant lot.

The project has done much more than that. “Prior to the garden being built, community relations were not as strong and people tended to stay confined to their own neighborhood,” Noth said. “Once the garden was finally established, it was a place where people felt like they could comfortably gather together and just have a good time with one another.” 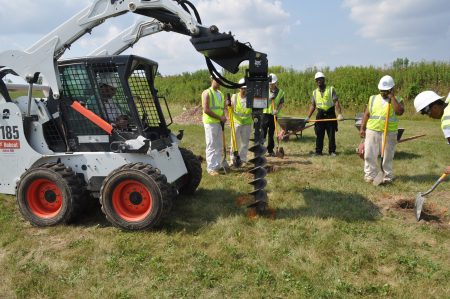 Job Corps students dig sculpture-footing holes during the creation of the garden. (Photo by Jessica Noth)

HEDC applied for and received two grants from the city of Milwaukee under the NIDC Community Improvement Project. The first grant of about $7,900 covered the cost of the rain garden, mulch, vegetable garden and pathways. The second grant of about $13,000 paid for the pergola, orchard, stone bricks, garden beds, benches and birdbaths.

Valerie Guerin, a Havenwoods resident and neighborhood coordinator for HEDC, said that breaking ground on the garden was symbolic of a change in the community.

“We put a lot of blood, sweat and tears into this project and it was an overwhelmingly great experience for all us,” Guerin said. “Knowing that my hard work helped produce such a beautiful area meant a lot to me; I felt a huge sense of pride.”

Noth and Guerin agree that the garden has succeeded in bringing the community together.

“I look at the garden as a representation of ‘crosshatching’,” Guerin said. “Instead of people getting territorial over their proverbial neighborhood, the garden provides everyone with a feeling of safety and peace.”

Since the creation of the garden, residents and visitors have participated in the Havenwoods 5K, which ends at the garden, and relaxed while listening to music at the Rhythm and Blooms summer concert series. According to Noth, these gatherings have built the community’s identity and improved its quality of life.

“When we started the summer concert series last year, we had huge success,” she said. Although a lightning storm hit on the first night, 40-50 people showed up, Noth added. “The last concert brought in nearly 100 people from the community and it was a picture-perfect night. Everyone had a great time.”

Kimberly Komar, a Havenwoods resident, said that the 5K and concerts piqued her interest in the garden. “I never really got involved with the garden prior to these events and this made me realize how close the community has gotten,” said Komar, 41. “There was just a real calmness that the garden brought to the community,” she added.

Komar noted that the concerts gave her the opportunity to meet people she might never have run across without the garden. She said that she would be back again next summer.

An accountant, Komar said that she enjoys going to the garden after work to relieve stress. “Just sitting by myself and enjoying the nature around me gives me an inner peace,” she said. “It’s one of my favorite spots when I want to get away from it all for a little while.”

Christian Winkel, pastor at Redemption Evangelical Lutheran Church, has been an active participant at the garden since it was built. “Seeing the garden grow along with the community has to be the most special thing in my eyes,” he said. “With all the hard work that [the community] put into this project, they deserve to be proud of all they have accomplished.”

Added Noth, “This is what is possible when diverse people contribute their time and expertise to the greater good.”