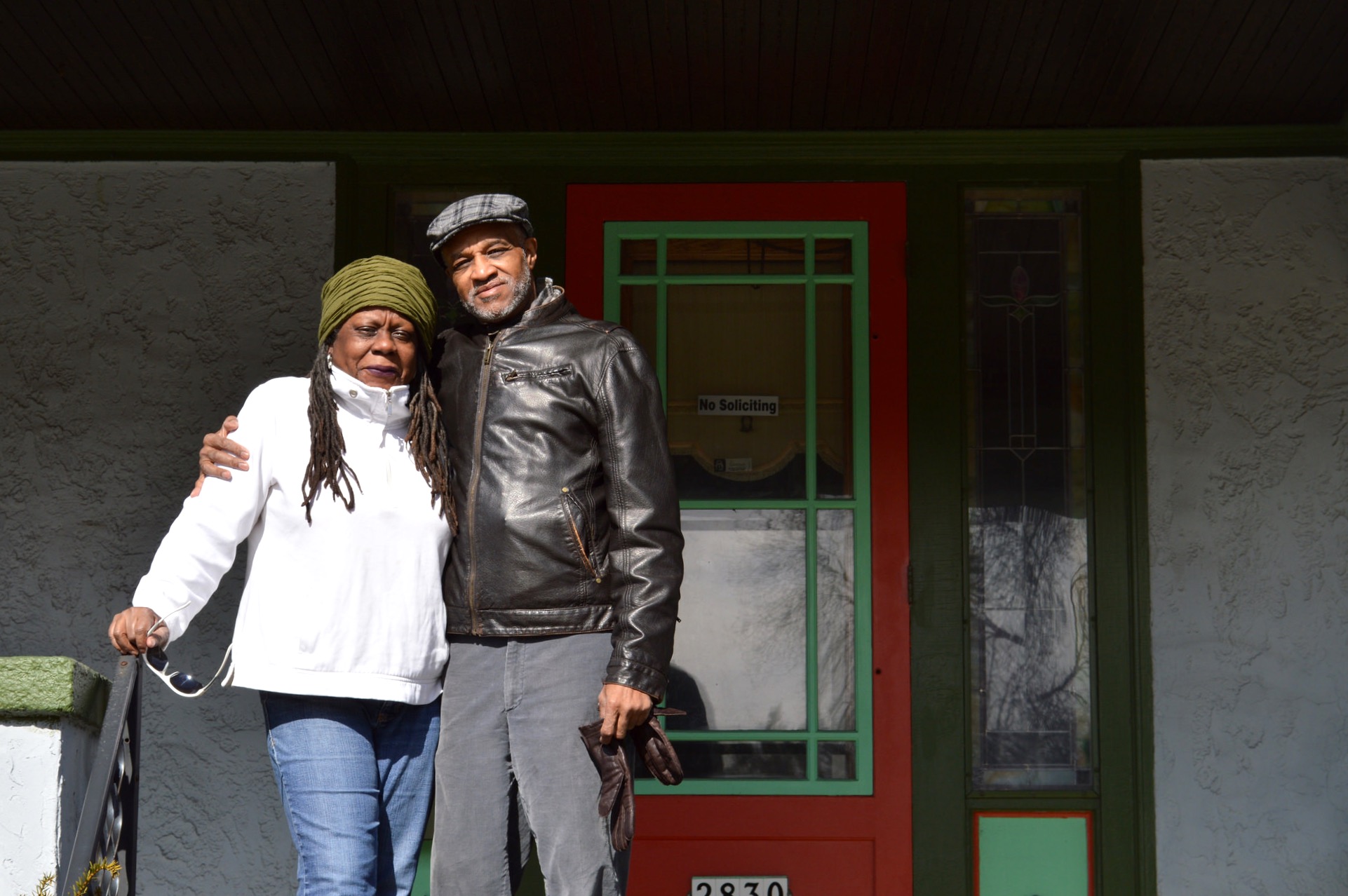 Carol and Ezell McQuay stand outside their home on West Greenfield Avenue. (Photo by Alexandria Bursiek)

Editor’s note: This article is one of an occasional series profiling the 15 finalists for the Milwaukee Awards for Neighborhood Development Innovation (MANDIs). Layton Boulevard Home Improvement Matching Grants Program is a finalist for the PNC Trailblazer Award, which recognizes an innovative approach to a community problem.

The moment he stepped inside, Todd Jackson knew that he had found his dream home. Jackson and his wife, Sonya Torres-Jackson, both love historic homes and in 2002 they purchased their house on the 2900 block of West Mitchell Street. It was built in 1916 and needed a significant amount of work.

During the last 10 years, Jackson and his family have worked on at least six home improvement projects with the help of Layton Boulevard West Neighbors. Three were grants through LBWN’s home improvement matching grants program, which began in 2012 with grants up to $500.

The program now offers $1,000 and $3,000 grants, depending on the size and scope of the project. All the matching grants are intended to improve the homes’ “curb appeal.” Residents of the Layton Boulevard West neighborhoods of Silver City, Burnham Park and Layton Park are eligible, and LBWN also previously offered grants to Clarke Square residents through a partnership with the Clarke Square Neighborhood Initiative. 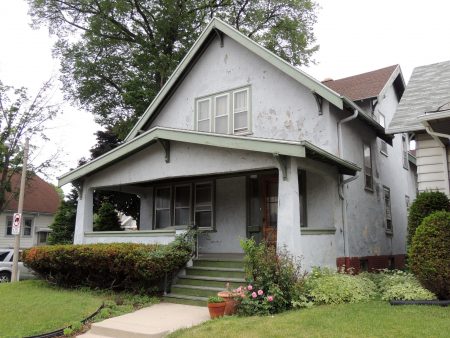 Carol and Ezell McQuay received an LBWN matching grant to paint the exterior, put block windows in the basement and landscape their home, shown before the renovations. (Photo courtesy of LBWN)

The goal is for residents to “be able to continue maintaining their beautiful homes,” said Brianna Sas-Perez, executive director of LBWN.  “Residents really care about this and they are really proud of their homes.”

Ian Bautista, executive director of the Clarke Square Neighborhood initiative, said the grant program “was a great opportunity to bring resources to neighbors and property owners in Clarke Square so they could do exterior projects.” He added that when one homeowner makes improvements it can encourage other residents to make renovations too.

In October 2015, Jackson and his family began a yearlong project to restore the siding on the east side of his home, while maintaining the home’s historic features. The project, which was completed in November, cost $18,500; LBWN provided a $1,000 grant. Jackson also plans to restore the west side of the house.

LBWN piloted the matching grants program in the area near Doerfler Elementary School in Silver City as part of the organization’s Quality of Life plan, which called for improving the neighborhoods’ physical appearance. During the pilot, LBWN provided $10,000 in grants for improvements on 22 homes.

The program expanded with the help of the Metropolitan Milwaukee Fair Housing Council, Wells Fargo and the Zilber Family Foundation. Currently, the Zilber Family Foundation provides funding for the home improvement grants. Since 2012, 232 homeowners in Layton Park, Silver City and Burnham Park have received about $239,000 in grants. In total, residents invested $717,495 in these projects, a three-to-one return on investment. Residents in Clarke Square have received $549,338 in grants. 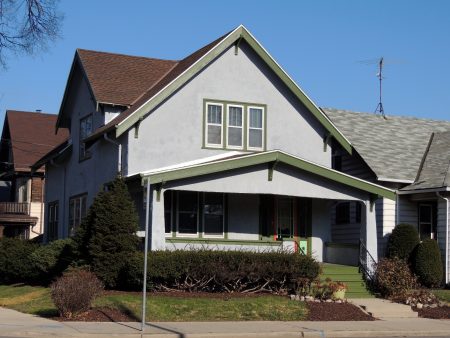 Carol and Ezell McQuay’s home has a fresh coat of paint and new landscaping after the couple received an LBWN matching grant. (Photo courtesy of LBWN)

“When you are looking at increasing home ownership and improving the physical appearance of the neighborhood to help create positive perceptions, it really helps to have a housing stock that is kept up and neighbors who are happy in their homes,” said Erin Frederick, senior program officer at the Zilber Family Foundation.

Bobbi Elizondo and her husband Victor, residents of the 2100 block of 30th Street, received four $500 grants from LBWN. They used the funds to expand and reconfigure their sidewalk, replace windows and railings, and redo landscaping.

To apply for a grant, residents must submit photos of their project and fill out an online application, offered in both English and Spanish. Residents typically hear back from LBWN on whether their matching grant has been approved within three business days.

“It’s a very easy and simple process once you get over the initial fear of starting the project,” said Elizondo. “[LBWN] will give you all the time and energy you need to get your project going. They are very helpful and the turnaround time for their responses is very quick.”

Carol and Ezell McQuay, who live on the 2800 block of Greenfield Avenue, moved to the neighborhood 11 years ago and have received two matching grants. The first grant, for $1,800, allowed them to paint the exterior of their house, put block windows in their basement and landscape.

They recently received another $1,000 grant to repair the stucco on their house. Carol McQuay said that it is important that residents do work to keep up their homes every year. She added that she thinks extra guidance on hiring contractors would be useful for residents.

Referring to the matching grants, Sas-Perez noted, “For some folks it’s sort of like that extra push. Sometimes there’s this project that you really need to do on your house and knowing that there is this incentive makes you decide, ‘I’m going to do this.’”