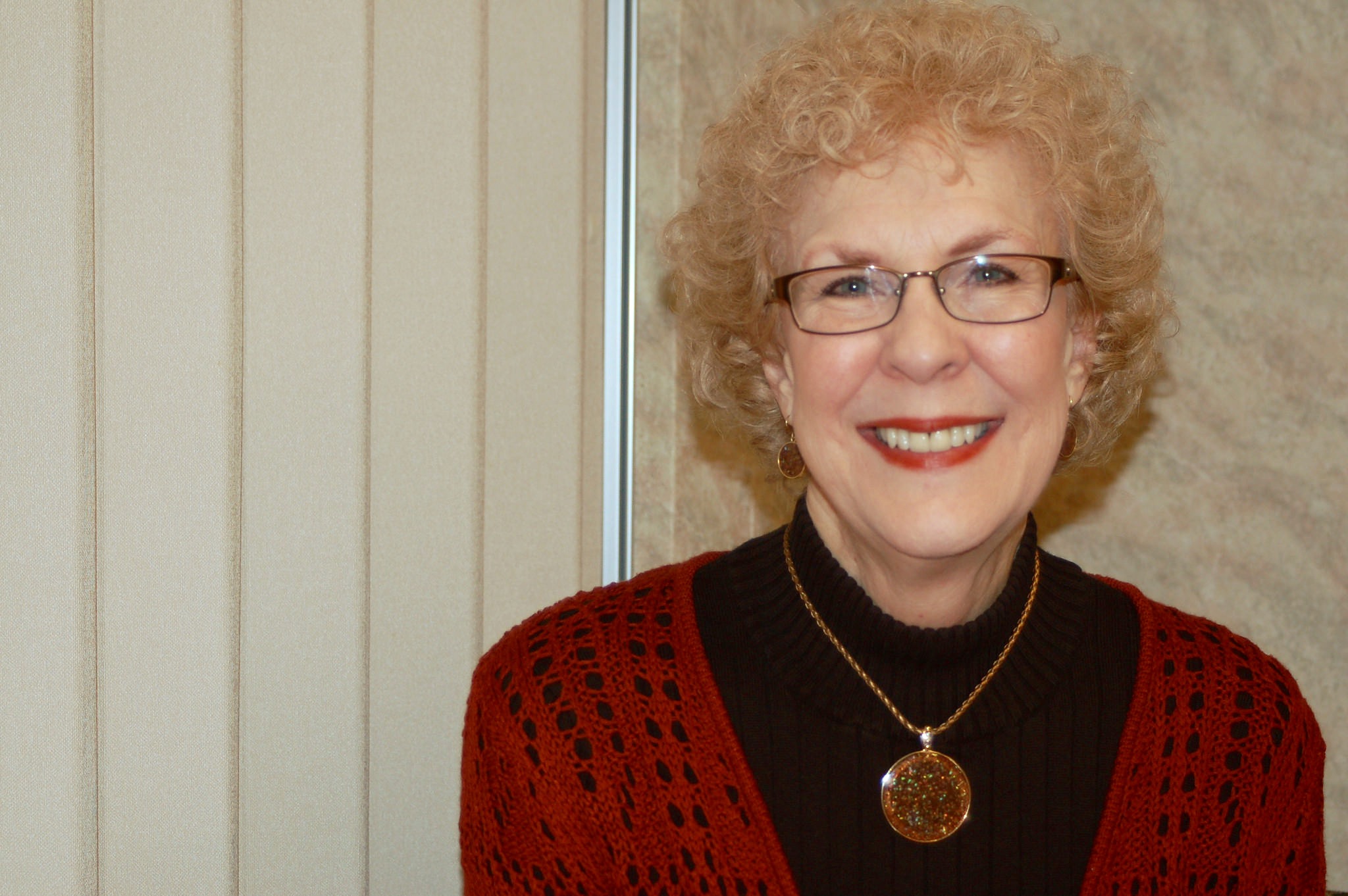 Diane De La Santos has been involved with City on a Hill since its inception and has served as executive director since 2003. (Photo by Andrea Waxman)

Editor’s note: This article is one of an occasional series profiling the 15 finalists for the Milwaukee Awards for Neighborhood Development Innovation (MANDIs). Diane De La Santos is a finalist for the Northern Trust Navigator Award, which recognizes an individual for leadership and collaboration.

When Diane De La Santos was first asked to assume the top position at the faith-based nonprofit City on a Hill, she declined.

“No way. I am not what you’re looking for,” she told the board. De La Santos thought she was the wrong gender, the wrong color and the wrong age, she said. At the time, she believed an executive director who was knowledgeable about engineering or real estate would be a better choice.

A few years later, when the organization was struggling, it offered her the position again. This time, according to De La Santos, she “had a conversation with God. He said, ‘I’ll go with you,’” she reported, and she accepted the job.

After serving on the board for two years, De La Santos became executive director of City on a Hill in 2003. Initially, she was a “loaned executive” from Aurora Health Care, but she left her position as vice president of public affairs a year later. Known for her strong religious faith, personal integrity and passion for service, De La Santos has led City on a Hill in transforming the surrounding Avenues West neighborhood and the lives of many residents. She has also inspired countless other individuals and organizations doing related work.

“Once I got (to City on a Hill), I saw that this (work) was consistent with a calling I had since I was a young girl,” De La Santos said. Her dedication to helping others and striving for improved relations between diverse peoples showed when she volunteered as a tutor and house painter in distressed neighborhoods in Detroit and Lansing as a young teen. It also was evident when she majored in ethnic and intergroup relations as an undergraduate at Michigan State University and in her first full-time job at La Casa de Esperanza in Waukesha, working with Hispanic people, she said. 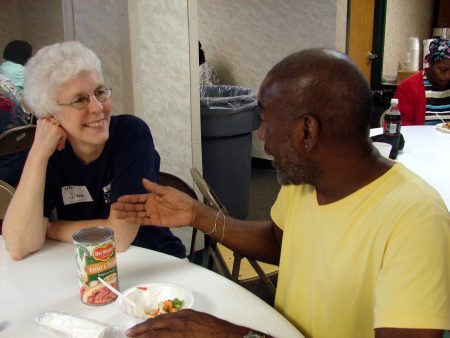 De La Santos chats with a client at City on a Hill’s monthly free health outreach event, which offers access to a food bank and a hot meal. (Photo courtesy of City on a Hill)

Although De La Santos had a long and successful career as a corporate executive, she is not a stranger to adversity. As a young woman she lived in poverty and struggled to raise two children on her own, she explained. Later, after she started working at City on a Hill, she sought to further her understanding of the people she served by giving up a comfortable life in a suburban condominium and moving to City on a Hill at Kilbourn and 23rd Street. During seven years as a resident on the former hospital campus, she “took walks, talked to neighbors, and felt the oppression” they were experiencing.

“She is a woman of deep faith and conviction and one of the things she taught me is that if you have faith, it can help you stay the course during challenging times,” said Mark Huber, Aurora’s vice president of social responsibility, who worked with De La Santos for two decades.

Impressed by her ability to collaborate with partners to achieve mutual goals and find “win-win” solutions to community problems, Huber sees De La Santos’ trust in others and open communication as keys to her effectiveness.

“She is the most ethical person I’ve ever met,” Huber said. “She taught me through her words and her actions to treat every person equally.”

De La Santos has designed and implemented training programs that build understanding and empathy for people living in poverty and that strive to reduce racial inequities. Participants go through poverty simulations in which they struggle to find food, shelter and clothing for themselves and their families while surrounded by wealth. The goal is to identify practical steps to address poverty issues.

Working with teams of mostly white volunteers and professionals who come from all over the U.S., De La Santos recognized the need to develop a racial reconciliation training program that gives people practical strategies for confronting their own racism to ensure that they “do no harm.”

Keith Stanley, executive director of Near West Side Partners, and a board member of City on a Hill, has known De La Santos for more than a decade. He called her a “major asset to the city” and praised her commitment to her work. “She lives and breathes her faith and passion in this community. It’s exciting to see her capacity to love and care for … the near West Side and for the city.”

De La Santos has brought major improvements to the community, including the recent renovation and expansion of a free health care clinic, establishment of youth programs focusing on academic and life skills, and construction of high-quality low-income housing at City on a Hill. In addition, associates and community members who have benefitted from her work point to the concern and care De La Santos puts into each of her relationships.

De La Santos helped Karla Hart get into an apartment at City on a Hill when she was out of options and facing homelessness four years ago. Then, De La Santos found furniture and other household necessities for her because she had nothing, Hart said.

“(De La Santos) is always trying to see where she can help somebody,” Hart said.  “She’ll listen to you if you have a problem. She’ll take out time to talk to you. If she can’t help you, she’ll try to find somebody that can help you, with whatever your situation is. And she’ll definitely pray for you,” Hart added.

Marquette University freshman Nigel Williams met De La Santos a decade ago when she and several staff members brought his family a box of food for Thanksgiving. Then a neighborhood resident, Williams started participating in youth programs at City on a Hill and it became his second home, he said.

De La Santos matched Williams and his sister with mentors from her staff who became fixtures in their lives. Williams said the meals, sleepovers, camping trips and church outings “were always something I wanted to be a part of. I’m 19 and I still want to go,” added Williams, whose work and school obligations mostly prevent that now.

“The work she does is a blessing to not only me but to a lot of individuals,” Williams said. “She’s always there and she’s always thinking about the community.”

Walter Harvey, senior pastor at Parklawn Assembly of God, noted, “There is a crisis of vision and leadership in our city. In the midst of a neighborhood that is saturated with dope dealers, Diane is a hope dealer.”