You are here: Home / Community Voices / Shifting the ‘Moonlight’ view of black boys
Share this... 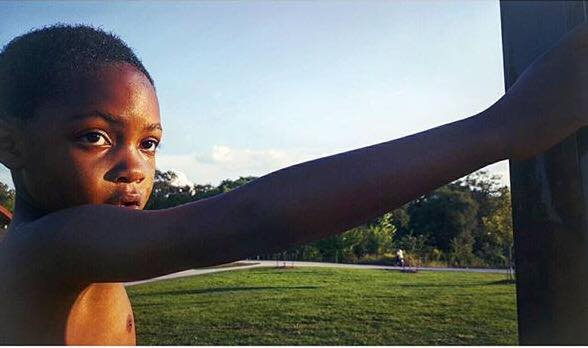 Raina J. Johnson is a freelance writer in Milwaukee. As the mother of a black son, she writes about the importance of seeing black boys for who they really are.

Five years ago the face of Trayvon Martin was plastered all over the news. His eyes — youthful, bright and wide with many stories yet to be told — his head was slightly covered by a grey sweatshirt that his killer, George Zimmerman, thought was threatening. Trayvon wasn’t celebrated in the news. Trayvon was put on trial for his own murder. Was he really from the neighborhood? Did he pick a fight with Zimmerman? What were the things he carried as he walked? The story of Trayvon’s life and death birthed the Black Lives Matter movement as we know it today.

On the very same night as the five-year anniversary of Trayvon Martin’s murder, the film ‘Moonlight’ won an Academy Award for best picture. The film’s poster shows a beautiful black boy — Alex R. Hibbert, youthful, bright, wide eyes with a story inside. He is celebrated.

The film has an all-black cast, and is visually appealing. It walks the viewer through three critical chapters in the life of Chiron. Hibbert plays a young Chiron, called “Little” as a child growing up in Miami, Florida working to discover who is and who he can become.

The stories of Trayvon and Chiron have struck me and stayed with me in different ways, especially because I’m the mother of a sweet black boy — with youthful, bright eyes, and many stories yet to unfold.

In the first chapter of Chiron’s story, the audience is introduced to Juan, a drug dealer who meets Chiron. During one of their impromptu meetings, Juan tells Chiron, “At some point, you gotta decide for yourself who you’re going to be. Can’t let nobody make that decision for you.”

When I heard that I thought about Trayvon. I thought about how he was vilified in the media and how we were shown images of him — a black child — made to look scary and threatening. I thought about my own son, growing up in Milwaukee, where even the good trees, on good soil don’t always bear much fruit. Like Trayvon and Chiron (Tamir, Jay and Dontre) he is just getting started with finding his way.

I thought about all the celebrations that as a community we miss because we have a “moonlight view” of black boys (and black girls); that is, seeing them in a light that eventually fades. We’re not seeing them for who they truly are.

I thought about the lack of empathy for black and brown children. Black and brown kids don’t get a free pass because they might be “troubled” or “young and stupid” or “made a mistake” or because they are bullied. We saw this in Moonlight. Chiron served time in juvenile jail because he retaliated against his bully, but no one looked deeper into the fact that he didn’t have a mother at home because she was on drugs. No one gave him a pass because he had to take care of himself and find his way own way home after school. He didn’t get a pass because he had to heat up water on the stove to take a bath with dish soap. The lack of understanding afforded to black and brown kids isn’t only in Moonlight; we see it in everyday life too. Tamir Rice, Jordan Davis and Mike Brown didn’t get to be kids, but Ethan Couch, and Dylann Roof do?

I’m hopeful that the lessons we’ve seen in Moonlight and the lessons we’ve carried from the murder of Trayvon Martin and others help shift our view of black boys in America – and especially in Milwaukee, where the soil is particularly tough.