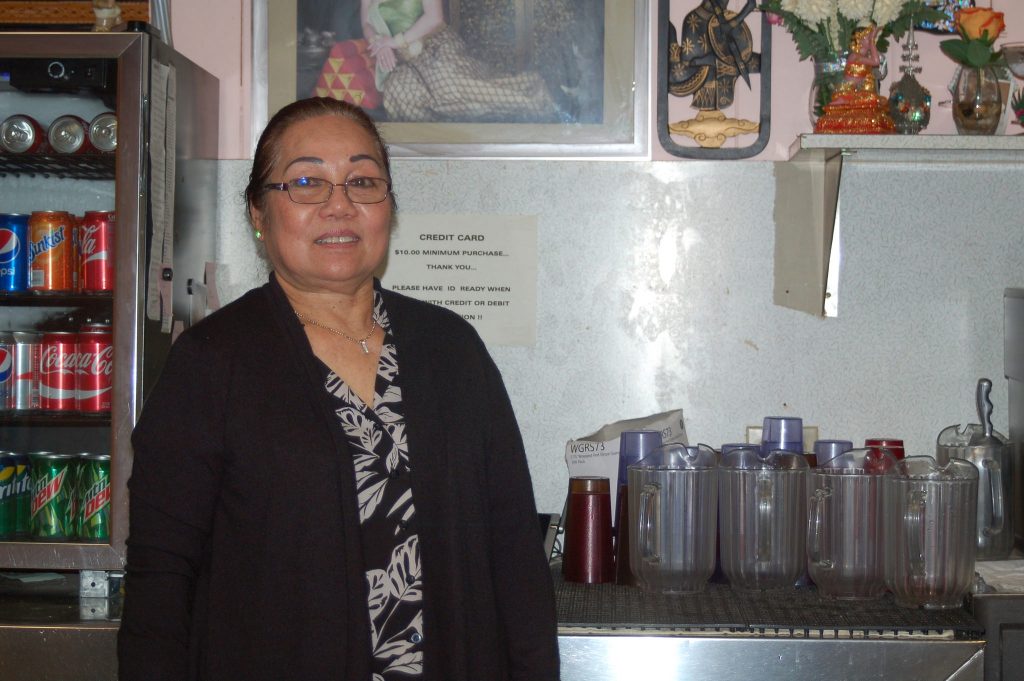 Thomg Ksoun, known as T. K., came to the U.S. when she was 27, from Vientiane, Laos and knew she wanted to own a restaurant.

When she was still living in Laos, a friend offered her a place to stay in Milwaukee and gave her help getting started in the U.S. In 1998, Ksoun began cooking out of a rented kitchen and selling her food at a wholesale market. In 2001 she expanded her kitchen and opened her own restaurant, Vientiane, in the South Side neighborhood of Silver City.

“I didn’t think it was very hard for me to open a restaurant,” said Ksoun. “I am a hard worker and I had the help of my family and friends.”

Three other Asian restaurants and an Asian grocery store are located within a block of each other in Silver City: Thai Bar B Que, Bamboo, Thai Lotus and the Asian International Market. Silver City is predominantly Hispanic. Four percent of residents are Asian-American, most from Laos and Thailand. 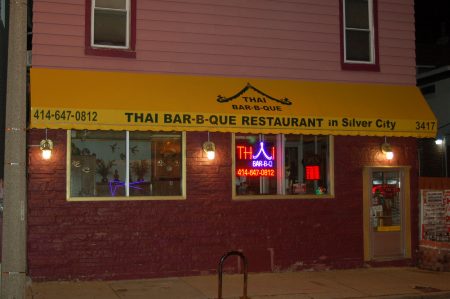 During February, the four restaurants participated in “Phobruary,” an annual event offering pho for $5 per bowl. The soup normally costs $9 to $12 per bowl.

Thai Lotus owner Raphael Sivongsa came to Milwaukee in 1989 as a refugee from Laos. For more than 10 years, Sivongsa and his family have been in the restaurant business selling Thai, Chinese and Lao food.

“My wife loves to cook,” said Sivongsa. “It’s just something we enjoy doing together.”

Wisconsin’s Hmong population is the third largest in the country, following Minnesota and California. The largest Hmong communities in the state are found in Milwaukee, Sheboygan, Wausau, Appleton and Green Bay, according to a University of Wisconsin-Extension report, “Hmong in Wisconsin.”

George Chai, owner of Thai Bar B Que, came to the United States in 1984 from Thailand. Chai lived and worked in Chicago for a Hong Kong restaurant importer for international restaurants. He moved from Chicago in 1998 to open a grocery store in Milwaukee, the Asian International Market, and has lived in the city for the past 18 years.

“I moved here because the cost of living is low and it’s a good place to start something. It’s a lot cheaper than in Chicago.”

Chai sold the grocery store in 2007 to try something new and opened Thai Bar B Que in 2006. Thai Bar B Que serves dishes originating from the Northern and Southern regions of Thailand.

“Some people have never experienced Thai culture or people and we want to show that there is a difference [between Asian cultures],” he said.

Chai added that he hopes to see people from Cambodia, Korea and other South Asian countries form a community in Milwaukee.

“It doesn’t have to be like Chinatown,” Chai said, “but there should be a Southeast Asian community.”