You are here: Home / News / Arts and Recreation / Midnight basketball scores as ‘positive activity’ for young men
Share this... 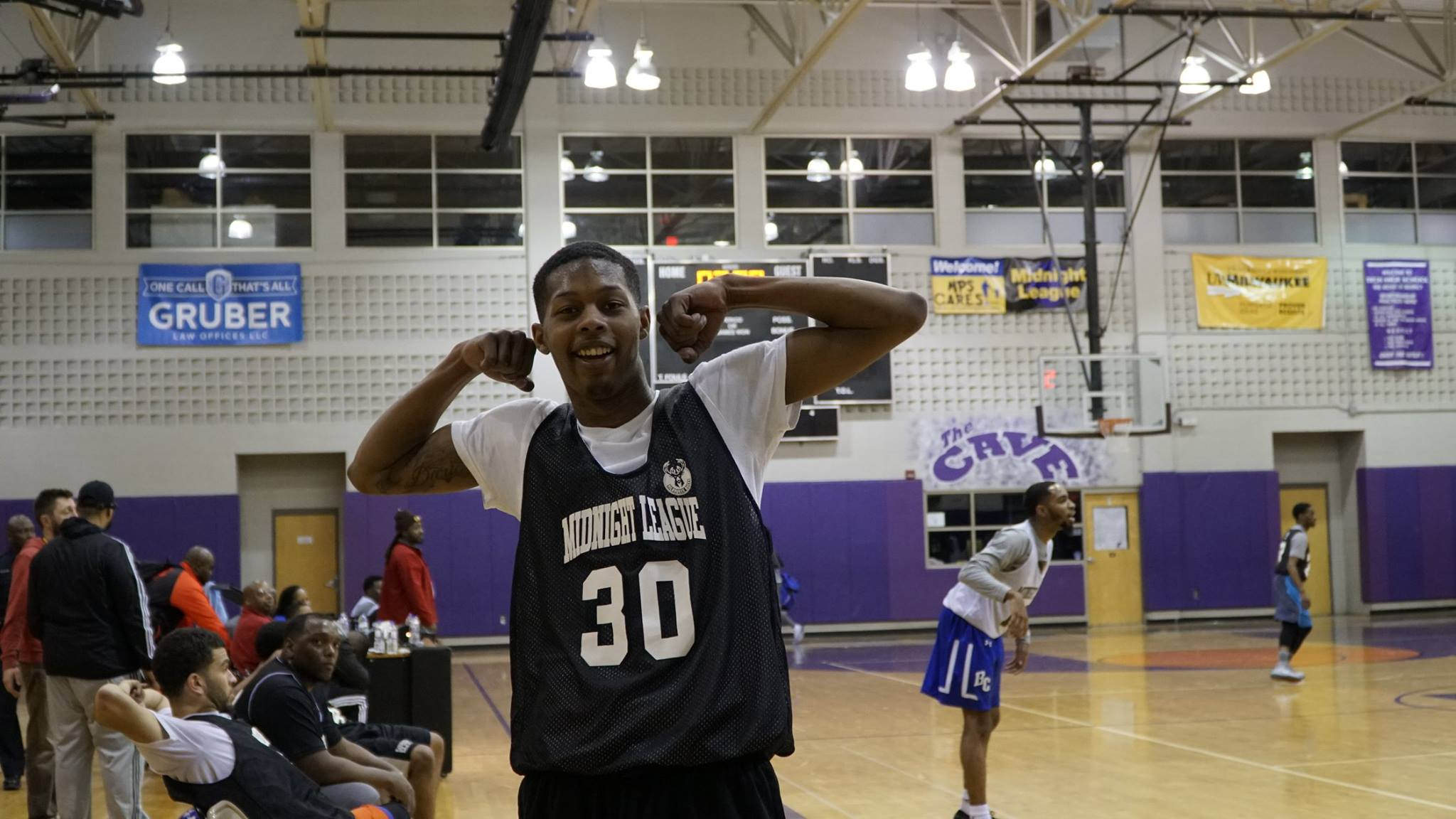 Tyrone Deere scored a game-high 19 points for his team in a recent Midnight Basketball League matchup held at Bradley Tech. Despite his efforts, Deere’s Show Time team lost to the Ballaz 75-59. He was disappointed in the results, but optimistic about the team’s prospects going forward.

“We put up a fight tonight but it wasn’t enough; I’m still proud of how much effort these guys put in,” said Deere. “This league is only a couple of weeks in but it has been a lot of fun so far and beneficial for everyone.”

The Midnight Basketball League is part of the new Milwaukee Public Schools C.A.R.E.S. (Community and Recreation Engaging Students) initiative, which was announced in October. Young men 17 to 25 years old who are not students and live in Milwaukee are eligible to participate in the league. 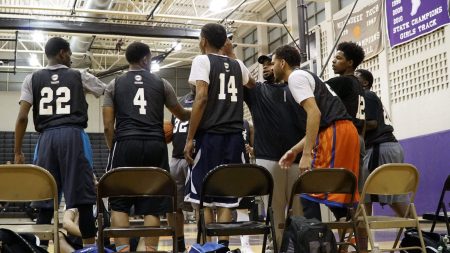 Team members break the huddle and get ready for action. (Photo courtesy of Victor Barnett)

MPS is hosting three 10-week Midnight Basketball Leagues at Bradley Tech. Eight teams are in the first league, which started March 1. Each team was formed by a random draft of the 82 young men who signed up to participate.

Running Rebels Community Organization was one of the partners in creating the league.  “I have always been an advocate for keeping kids safe and off the streets,” said Victor Barnett, Running Rebels executive director. Many current and former Rebels are participating in the league.

Running Rebels is coordinating enrichment and providing support to the participants. According to John Rakowski, director of prevention at the organization, “We have gone with a more individualized approach by building relationships and creating personal development plans with these young men.” For example, he said, “There have been youth struggling to find jobs so we try to provide the right guidance for them.”

The Milwaukee Bucks helped form the Midnight Basketball League and will continue to lend support, according to MPS. Other partners include the City of Milwaukee, Milwaukee Police Department, Milwaukee Common Council, Milwaukee Fire and Police Commission, the City of Milwaukee Office of Violence Prevention and Safe & Sound. In addition, Irgens Development Partners recently donated $1,000 to the league.

Next week’s matchups include: Crown Us Kings vs. Ballaz, We Came To Play vs. Da Future, HangTime Elite vs. Cream Skillz and Hillside All Stars vs. Show Time.

Editor’s note: This story was updated to note that students are not eligible to play in the league.