You are here: Home / Home / Carousel / Vacant lots in Lindsay Heights to be developed into urban garden oasis
Share this... 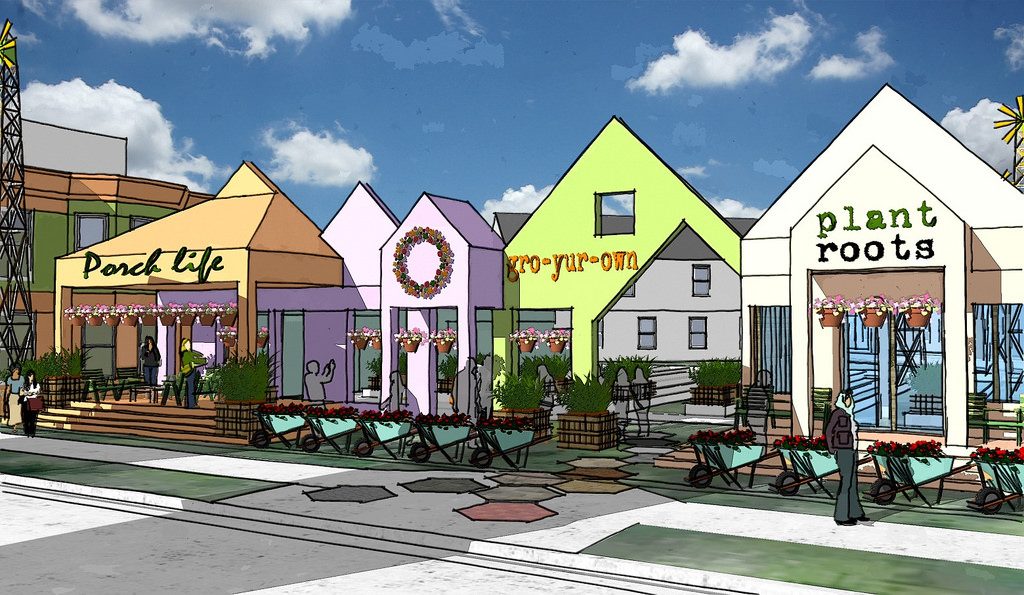 Agusta Mason, who moved to Lindsay Heights two years ago, said one thing he’s noticed since moving from Pine Bluff, Arkansas, is the abundance of empty lots in the neighborhood.

“I mean, they’re all over the place. That’s a lot of houses that burned or got torn down,” Mason said.

If things go according to plan, there will be three fewer vacant lots soon and in their place will be Adams Garden Park, a mixed-use garden center being developed by Walnut Way Conservation Corp. founders Larry and Sharon Adams, and Fix Development.

The couple, who retired from Walnut Way but still serve on its board, purchased lots totaling 10,360 square feet on Fond Du Lac Avenue and North 18th Street from the city for $500. Last week, the Milwaukee Common Council unanimously approved the sale of the properties, which sit next to Walnut Way’s corporate headquarters at 1836 W. Fond Du Lac Ave.

According to Juli Kaufmann, president of Fix Development, the idea is to create a destination garden center offering a variety of services that cater to urban gardeners. 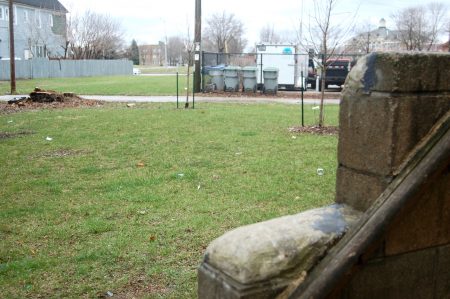 This vacant lot, at 1826 W. Fond Du Lac Ave., will be part of the Adams Garden Park in Lindsay Heights. (Photo by Edgar Mendez)

“It fills a special niche in the marketplace in that it’s a garden specifically for urban dwellers and will bring together local artisans,” said Kaufmann, who also helped develop the Innovations and Wellness Commons in Lindsay Heights.

According to a Land Disposition Report submitted to the city, the properties will be combined, with one section housing the business and the others used for gardens that will support the business. According to the report, the center will stock a full range of annual, perennial and stock plants, in addition to serving as a showcase for urban gardening strategies and space beautification. Future phases may include a bed and breakfast and cafe, the report notes.

Alice’s Garden, 2136 N. 21st St., also is located in Lindsay Heights. According to Venice R. Williams, its executive director, it will be extremely helpful to have an urban garden center nearby.

“It will be wonderful to not have to go searching far and wide for plants and other products,” Williams said.

Williams also mentioned the economic benefits of the project, which could provide job opportunities in the future to young people who work with her organization. Another positive is that the lots will no longer be vacant.

According to Kaufmann, filling empty lots and storefronts is part of the strategy being utilized by stakeholders in Lindsay Heights to revitalize the community.

Andrea Favors, who lives a few houses down from one of the empty lots on North 18th Street, wasn’t familiar with the proposal, but said it’s fine with her.

“At least it won’t just be another empty lot where garbage piles up. It’s actually going to be somewhere nice where I can go and take my kids,” Favors said.