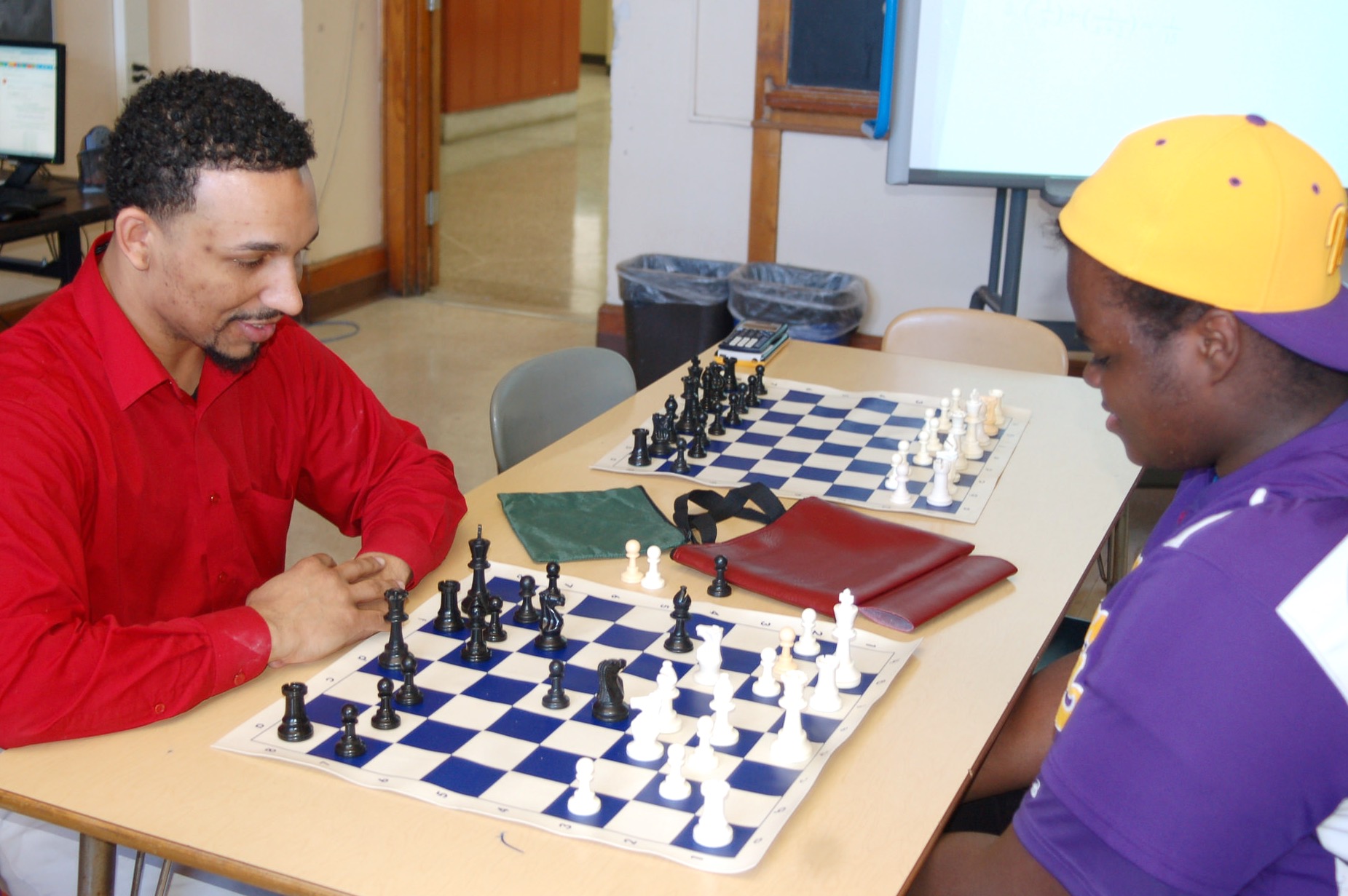 Davontae Franklin (right), a junior at Washington High School, plays against his head coach, Micheal Moore, in a friendly game of chess. (Photo by Dean Bibens)

Washington High School senior Nhia-Kou Xiong never saw himself playing chess until he met head coach Micheal Moore. “Mr. Moore and I connected right away and he taught me everything I know about chess.”

In his first year on the team, Xiong had the opportunity to play in the state tournament. The last time Washington High School of Information Technology made the tournament was almost 15 years ago.

Said Kassem, a former French teacher at the school, rebooted the chess team in 2016, serving as its coach. He recruited Moore, a first-year algebra teacher, as assistant coach.

“I didn’t know how much of a time commitment this was going to be so I wanted to start out in a smaller role,” Moore said. “When Said took a job at another school, I knew that I had to step up and take the head coach position.”

The chess team consists of 10 players. To qualify for the state tournament, the 10 students competed in city tournaments on Thursdays and weekends to determine where the team would be seeded. Washington High was seeded fourth out of 13 teams and finished 11th overall. 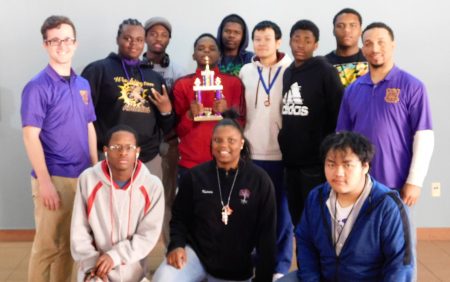 Ethan Littel, assistant coach, said he was proud that his team made it to state. “Obviously we didn’t finish as well as we would have liked but I think we all learned a lot and will look to build upon that going forward,” he said. Student Allan Ward took home an individual trophy. “We were incredibly proud of him for that,” Littel noted.

“I felt a great sense of pride in myself and my team,” Ward said. The senior said that he wants to continue playing chess once he graduates. “I wish I could be here next year because I know this team is going to do big things.”

Littel and the players rave about Moore’s skill and how he has made a tremendous impact on all of them.

“This year was a great experience for the entire team. I’d like to have more people join next year and it would be incredible if we could win state my senior year,” said junior Davontae Franklin. “Without Mr. Moore, I don’t know where our team would be. His passion has made us all better players and he has made playing chess a lot of fun,” he added.

Marquette University graduate Moore started playing the game at age 12. “My mom’s boyfriend taught me how to play chess and I would get so frustrated because I never won,” Moore said. “I ended up not playing at all in high school or college but my passion for the game rekindled when I started teaching at Vincent High School.”

The algebra teacher’s inability to beat two Vincent students motivated him to become a better player. “These kids would kick my butt every day and I just knew I had to dig into the books and improve,” Moore said. “You only get better by practicing and doing your research.”

Moore has high expectations for his team going forward. “I’m not stopping until we win a championship,” he said. “These kids want it just as bad as I do and I’m excited to see where we go next.”