You are here: Home / Posts from Community / African American Chamber of Commerce of Wisconsin hosts 2nd Annual Breakfast of Champions
Share this... 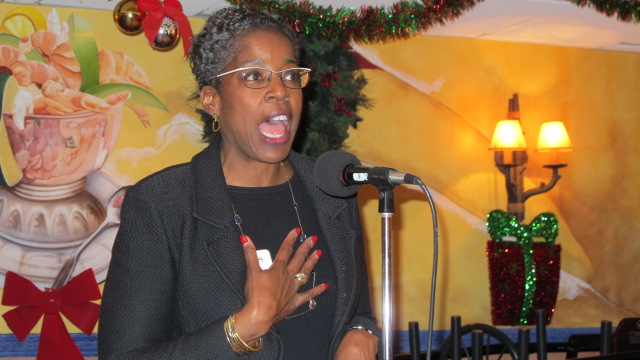 The African American Chamber of Commerce of Wisconsin (AACCW) will host its 2nd Annual 2017 Breakfast of Champions on Tuesday, May 9 at the Pfister Hotel in downtown Milwaukee. Registration begins at 7 a.m. The breakfast is AACCW’s annual fundraising event aimed at bringing the greater Milwaukee community together to support its mission and to honor a local business leader who is passionate about economic development and wealth creation in the African American community.

Cecelia Gore, president of the Brewers Community Foundation, has been named the 2017 Business Champion. Gore is a senior level executive with extensive experience leading community/external affairs, foundation and sports philanthropy. An active community leader, Gore has been a champion for diverse businesses.

AACCW will also recognize Associated Bank, BMO Harris Bank, Milwaukee Bucks and Northwestern Mutual as its 2017 Strategic Partners for their commitment to supporting organizations dedicated to business development leading to job creation and for building bridges in communities of color.

The Breakfast of Champions is a successful fundraiser because of the efforts of co-chairs who drive donor engagement. This year’s co-chairs include John Daniels III, A.L.I.V.E., Inc., Giacomo Fallucca, Palermo Villa, Inc. and Julia Taylor, Greater Milwaukee Committee.

In addition to honoring these leaders, the AACCW will formerly present its new President/CEO Ossie Kendrix to the greater Milwaukee community. Most recently, AACCW announced Kendrix would lead the organization, effective today. “The Breakfast of Champions is an essential platform for building partnerships that lead to wealth creation in the African American community. With just a few days on the job, I am excited to hit the ground running with this event,” said Kendrix, president and CEO.

Philanthropist and entrepreneur Roland Parrish will deliver the keynote address during the breakfast. Parrish, chairman and CEO of the National Black McDonald’s Owner Operators Association (NBMOA) and founder of Parrish Restaurants, owns and operates 20 McDonald’s Restaurants with revenues exceeding $59.7 million. He is an advocate for minority owned suppliers, vendors and franchise owners and will focus his remarks on advocacy for diverse businesses.

AACCW is pleased to have the support of our Most Valuable Player sponsors, Northwestern Mutual and the Brewers Community Foundation.

Cost: Tickets are $75.00. Register at aaccwisconsin.org.

About African American Chamber of Commerce of Wisconsin