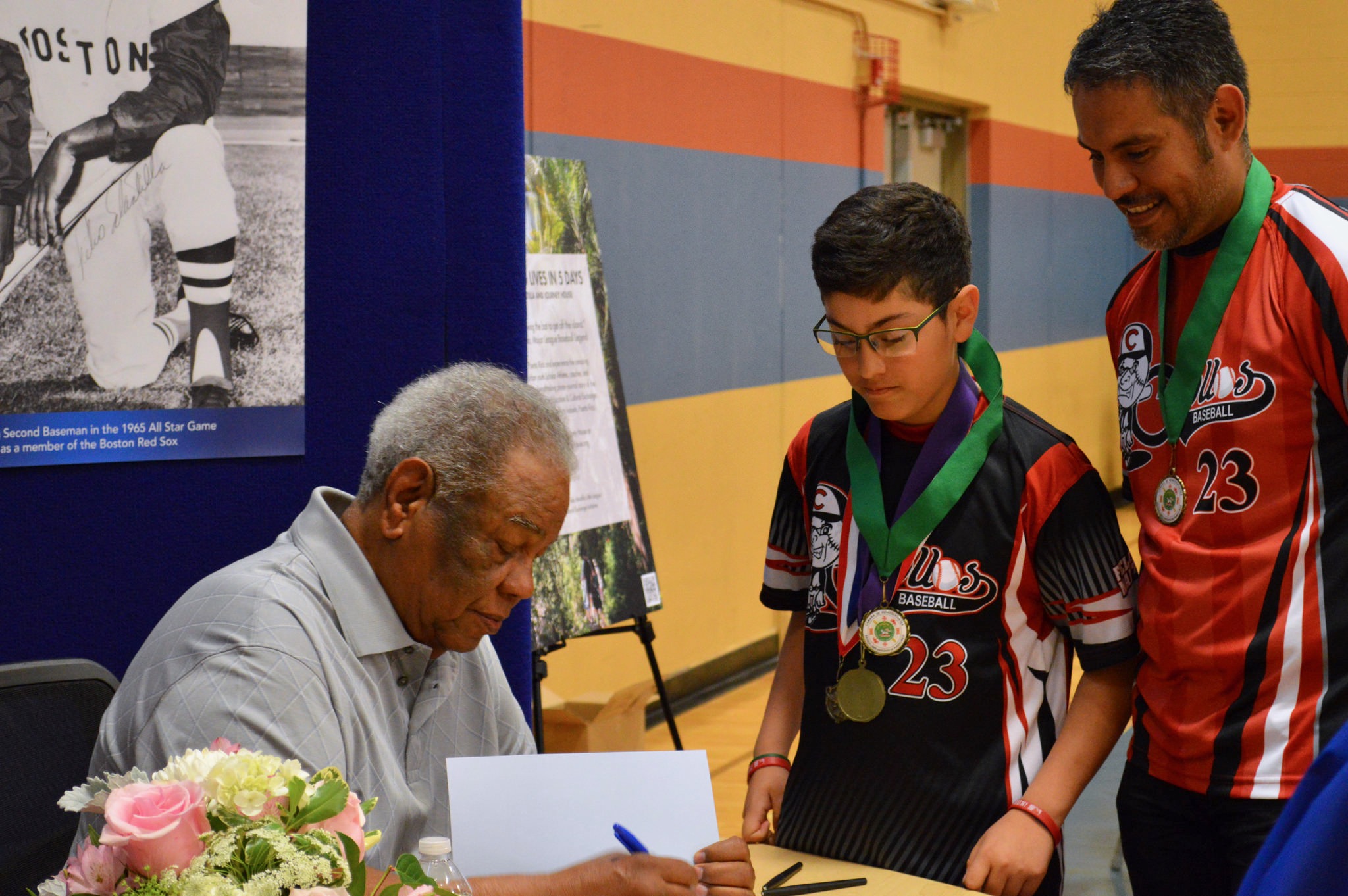 The group wanted to document their experience, so Journey House CEO Michele Bria asked her daughter, Malulani Bria, to take photographs. After they returned — with 5,000 photos in hand — Michele Bria decided they would produce a coffee table book, called “Changing Lives in 5 Days.”

The 120-page book, the first published by Journey House, details the trip through photos, journals and quotations. It was presented to the families of the Little League players and other community members at a recent book launch. All the players who attended the trip were given a free copy, signed by Felix Mantilla, who played on the 1957 Milwaukee Braves World Series-winning team. 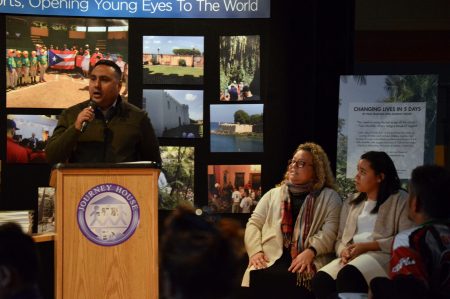 Eugene Manzanet, Journey House board chairman, speaks at the book launch about the trip to Puerto Rico as Michele Bria and Malulani Bria look on. (Photo by Alexandria Bursiek)

Journey House has run the Felix Mantilla league since 2014, when the United Community Center decided it could no longer operate the program. Eugene Manzanet, chairman of the Journey House board, explained that when organization leaders were offered the opportunity to run the league they decided to blend athletics with education through the Felix Mantilla Little League Education and Cultural Exchange Program.

“The base of everything is education,” said Manzanet. “We wanted to give these kids an opportunity to see the world, understand their culture a little bit better and get out of Wisconsin.”

As part of the exchange program, Journey House is hoping to bring baseball players from Puerto Rico this summer to tour Milwaukee and learn about the city’s culture. However, Bria said no official plans have been made.

Journey House received funding for the trip from individual investors and a number of organizations including North Star Providers, a philanthropic organization, and Marquette University High School.

“None of these kids were just given the opportunity. They all earned the opportunity,” Manzanet explained. He added that all of the students had to write book reports and do research about the culture, history and geography of Puerto Rico before going on the trip. 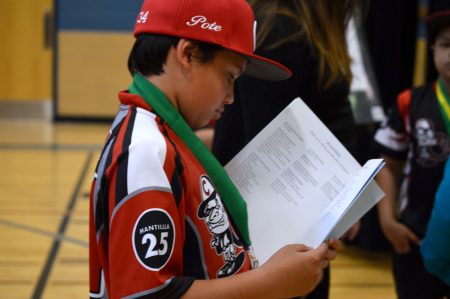 They also prepared on the baseball field. Julio Cruz, assistant coach for the league, said the players practiced on the hottest days in Milwaukee to get in the habit of drinking a lot of water. Despite the coaches’ best efforts to prepare the players for the heat in Puerto Rico, Cruz said they were not ready for it.

The team played against a few local teams in Puerto Rico and, after the second game, the Milwaukee players decided to give away their all-star jerseys to the other team members, who wore T-shirts.

“It was this moment of saying thank you. They literally took their uniforms off their backs,” Manzanet said. “They got it; they understood what we were trying to do.”

“I was kind of sad about it,” said Alan Duran, 11, a Felix Mantilla Little League player. “But we can go to the store and [get] another one. They couldn’t, so I felt good about it.”

The idea for the trip came from Felix “Tony” Mantilla Jr., who thought that the exchange program would motivate more students to get involved in the league, and would give them the opportunity to learn more about other places in the world.

Mantilla Jr. explained that he would like the program to expand. “My hope is that in future years it will be multiple teams coming from here to take advantage of that same trip.”