You are here: Home / Posts from Community / Ceceila Gore honored for efforts in African American business leadership
Share this... 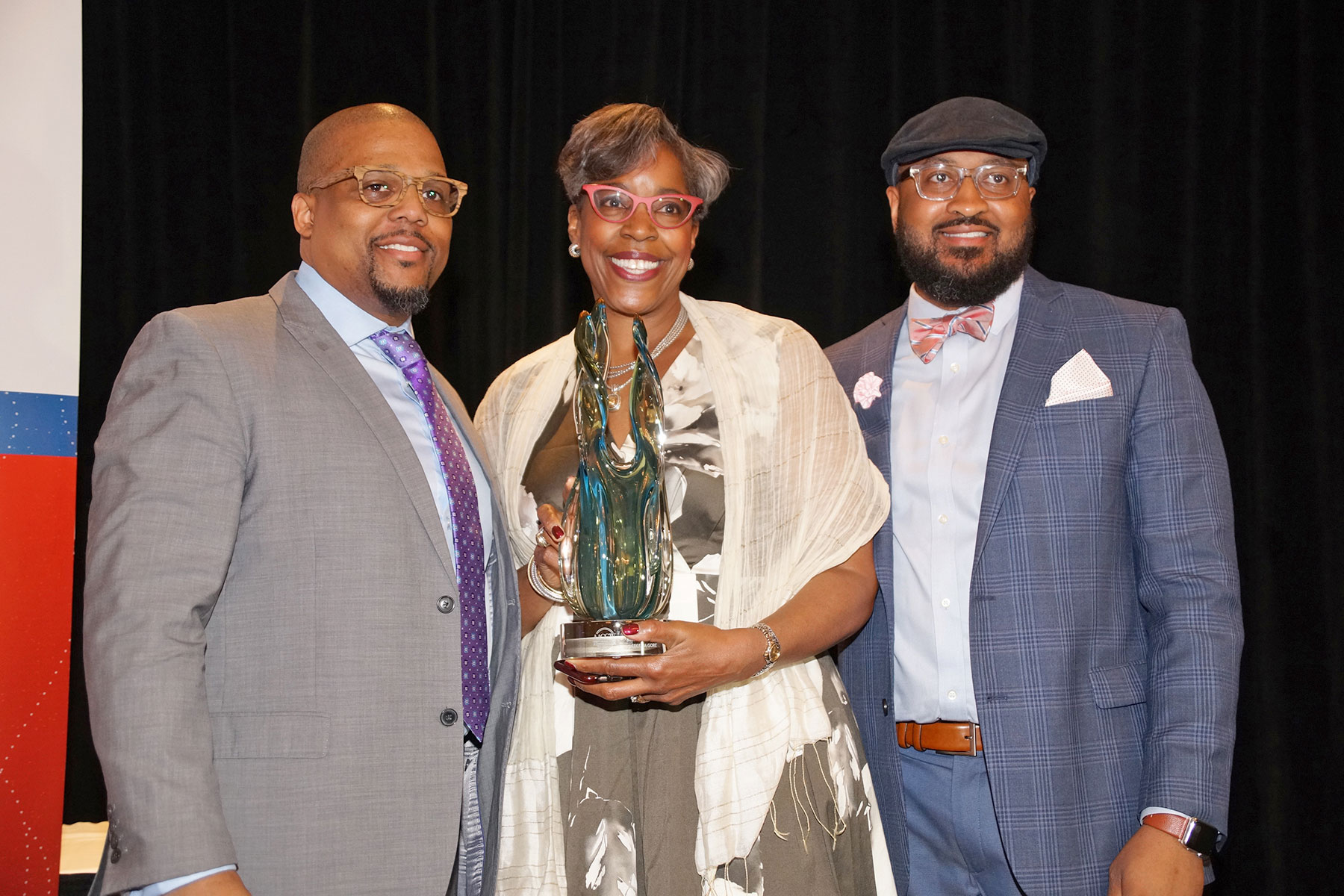 A music infused event provided the perfect backdrop for a fired up crowd at the African American Chamber of Commerce of Wisconsin’s 2nd Annual Breakfast of Champions. Cecelia Gore, executive director of the Milwaukee Brewers Community Foundation was honored as the 2017 Business Champion. Held on May 9 at the Pfister Hotel, Gore was recognized as a career champion for businesses and communities in Milwaukee.

“It is truly an honor to be recognized as the 2017 Business Champion. I’ve always worked hard to be a champion of people, organizations and causes that benefit others, said Gore. “Being a true winner makes a difference when you are supportive and an advocate for the greater community.” The AACCW also recognized Associate Bank, BMO Harris Bank, Milwaukee Bucks and Northwestern Mutual with strategic partner awards.

Former president and CEO, Dr. Eve Hall was recognized for sparking the rebirth of the Chamber. “The Breakfast of Champions would not be possible without the strong leadership and direction of former president and CEO, Dr. Eve Hall. She started a whole new ball game by leading the renewal of the African American Chamber of Commerce of Wisconsin and our inaugural BOC.,” said Clifton Phelps, AACCW board chairmen. Dr. Hall was presented with baseball jersey with her name on the back.

The Chamber then introduced its new president and CEO, Ossie Kendrix.  He thanked Hall for paving the way. “The Breakfast of Champions is just one way the AACCW brings the community together to support our mission and vision,” said Kendrix. “I will continue to expand our vision of economic vibrancy for African American families and communities resulting from strong business and the ground work laid before me.”

Roland Parrish served as keynote speaker for the event. His message to the audience of nearly 400, focused on integrating money in the black community for wealth building and equal access. Parrish is chairman and CEO of the National Black McDonald’s Owner Operators Association (NBMOA) and founder of Parrish Restaurants, owns and operates 20 McDonald’s Restaurants with revenues exceeding $59.7 million. He is an advocate for minority owned suppliers, vendors and franchise owners and will focus his remarks on advocacy for diverse businesses.

Melinda Davenport from WISN-12 was the emcee, which also featured messages from event co-chairs John Daniels III of A.L.I.V.E. Milwaukee, Giacomo Falluca of Palermo Villa Inc., and Julia Taylor of the Greater Milwaukee Committee.  Plans for the 3rd annual Breakfast of Champions in May of 2018 are already underway.

About African American Chamber of Commerce of Wisconsin