You are here: Home / Posts from Community / Sister Joel Read, Alverno College’s longest-serving president, passed away at 91
Share this... 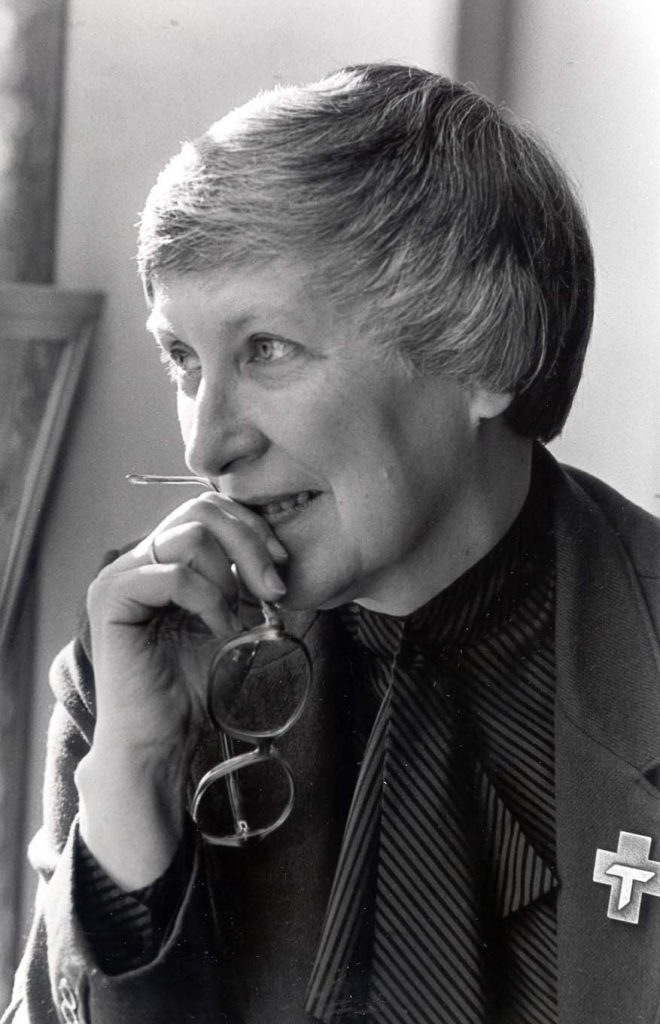 Former Alverno College President Sister Joel Read, SSSF, ’48, one of the nation’s longest-serving college presidents and a renowned advocate for education reform, died May 25. She was 91 years old.

During her 35 years at Alverno’s helm, Sister Joel grew her alma mater into the internationally renowned educational institution it is today. She led the development of Alverno’s 8 Abilities and assessment-based learning model, which has produced legions of successful graduates and inspired educators around the globe. 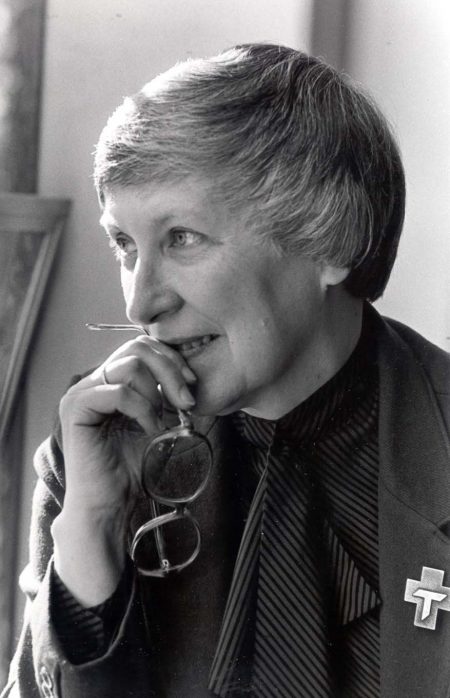 “Sister Joel was a courageous and pioneering leader who not only strengthened but embodied Alverno’s mission to educate strong women. Through her tireless work and countless achievements at Alverno, in the Milwaukee community and elsewhere, her impact knows no bounds,” says Alverno President Andrea Lee, IHM. “The Alverno community deeply mourns her passing, but we vow to carry on the incredible legacy she leaves behind.”

“Sister Joel devoted her incredible talents to building a revolutionary educational institution that has thrived for decades,” says Mary Meehan, PhD, who succeeded Sister Joel as president and served in that role from 2004-16. “Sister was a colleague, mentor and friend to me, and I will forever be grateful to her for her constant support and encouragement. Anyone who knew her would agree that she was a teacher from whom we all learned so much.”

Born Janice Anne Read on Dec. 30, 1925, to Joseph and Ellen Read, she later took the religious name of Sister Joel in honor of her parents. She grew up in Chicago, and the nuns who taught her during elementary and high school inspired her to heed the call to religious life.

“The School Sisters of St. Francis taught at the elementary school which I attended from fifth grade on. They wouldn’t fuss about little things, trivia. They were very good to one another and when I saw them together, they were a very joyful group. So in that sense, it was attractive,” Sister Joel once told Alverno Magazine.

Sister Joel spent several years teaching at the Our Lady of Good Counsel parish school in Aurora, Ill. She took her first vows with the School Sisters in 1945 and earned her bachelor’s degree in education from Alverno in 1948. She also completed a master’s degree in history from Fordham University in New York, where she also pursued doctoral-level work.

Alverno welcomed Sister Joel back to campus in 1955 to chair its history department, offering her a chance to return to her ultimate love of teaching.

“When you decide in life that you are going to be a teacher — and by joining the SSSF that decision was made for me — I began to understand what a teacher can do for someone if she is effective as a teacher,” she told Alverno Magazine. “And I think, that when I was a teacher, that was the most exciting part.”

After more than a decade of teaching, Alverno’s first lay Board of Trustees in 1968 appointed Sister Joel as president. At a critical juncture for the College, she worked with faculty to carry out a new vision for education. Those efforts bore fruit in 1973, when Alverno introduced its distinctive abilities-based curriculum and assessment-as-learning approach, a hallmark that continues to distinguish Alverno graduates today. Educators from around the world continue to visit Alverno to study this unique approach to education.

Other achievements under Sister Joel’s visionary leadership include the introduction of one of the first college internship programs in the country; the launch of the Weekend College, targeted at working women; and the creation of the Digital Diagnostic Portfolio, which allowed students to follow their learning progress online. She also oversaw multimillion-dollar fundraising campaigns that expanded the physical campus, as well as scholarship and academic offerings.

“I don’t have any problem raising money,” she once said. “If I were asking for myself, forget it. When you’ve got something very worthwhile and you see what it means to individual students, you see them transformed; you go for it.”

Sister Joel’s many achievements aren’t confined to Alverno — she also left her mark on the Milwaukee community, as well as throughout the state of Wisconsin and the United States. In the 1960s, Sister Joel was one of several Alverno women at the forefront of advocating for women’s rights, and the National Organization of Women honors her on its website as being among NOW’s founders and pioneers.

“Pioneer” is an apt word to describe her status among educators; in 1986, the book The Many Lives of Academic Presidents called Sister Joel “one of a handful of college presidents who have broken new educational ground in the past 100 years.” She shared her boundless wisdom as member of the boards of numerous local, state and national education organizations as well as with two U.S. presidents, who invited her to the White House to discuss educational policy.

Some of her many and varied honors include being named as a presidential appointee to the U.S. Commission for the Celebration of International Women’s Year in 1975, the first recipient of the Harvard University Graduate School of Education’s Anne Roe Award and the Wisconsin Women in Higher Education Leadership’s Lifetime Leadership Award.

“Take risks,” she once told Alverno graduates. “Don’t ever think that something can’t be done. It can. Opportunity is everywhere.”