You are here: Home / Community Voices / I agree with Ben Carson
Share this... 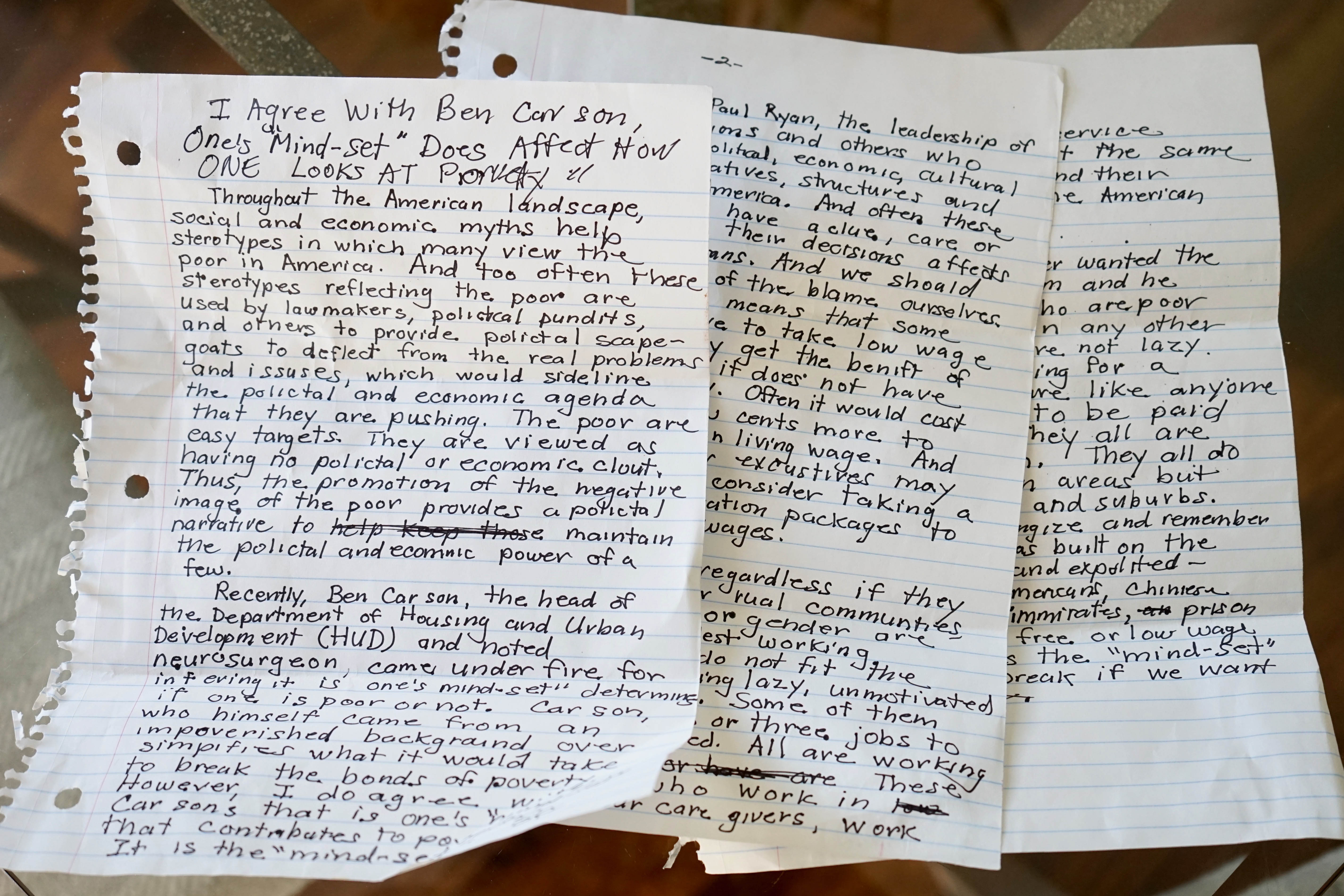 Della Wells, an artist and community activist, writes that she agrees with Ben Carson that one’s mindset “does affect how one looks at poverty.”

Throughout the American landscape, social and economic myths help promote stereotypes in which many view the poor in America. And too often these stereotypes are used by lawmakers, political pundits and others to provide political scapegoats to deflect from the real problems and issues.

The poor are easy targets. They are viewed as having no political or economic clout. Thus, the promotion of the negative image of the poor provides a political narrative to maintain the political and economic power of a few.

Recently, Ben Carson, the head of the Department of Housing and Urban Development (HUD), and noted neurosurgeon, came under fire for implying that it is one’s mindset that determines if one is poor or not. Carson, who himself came from an impoverished background, oversimplifies what it would take to break the bonds of poverty.

However, I do agree with Carson that it is one’s “mindset” that contributes to poverty. It is the “mindset” of politicians like Paul Ryan, the leaders of some corporations and others who shape the political, economic, cultural and social narratives, structures and institutions in America. And often, these people do not have a clue or care how their decisions affects everyday Americans.

And we should shoulder some of the blame ourselves. Often, this means that some workers may have to take low-wage jobs so we may get the benefit of low prices. But it does not have to be that way. Often, it would cost consumers a few cents more to pay a worker a living wage. And CEOs and other executives may want to consider taking a smaller compensation package to provide better wages.

The poor, regardless if they live in urban or rural communities, or their ethnicity, race or gender are often the hardest-working Americans. They do not fit the stereotype of being lazy, unmotivated or having given up. Some of them are working two or three jobs to make ends meet. All are working low-wage jobs. These are people who work in retail or restaurants, are our caregivers or work in other service industries. And they want the same dream for themselves and their children — to obtain the American Dream.

Ben Carson’s mother wanted the American Dream for him and he achieved it. Americans who are poor are no different than any other Americans. They are not lazy. They are not looking for a handout. They are like anyone else; they want to be paid a living wage. They are not all black or brown. They all do not live in urban areas but also live in rural areas and suburbs.

And we need to recognize and remember that our nation was built on the backs of the poor and exploited — the slaves, Native Americans, Chinese labor, child labor, immigrants, prison labor and other free- or low-wage labor. This is the “mindset” that we need to break if we want to end poverty.