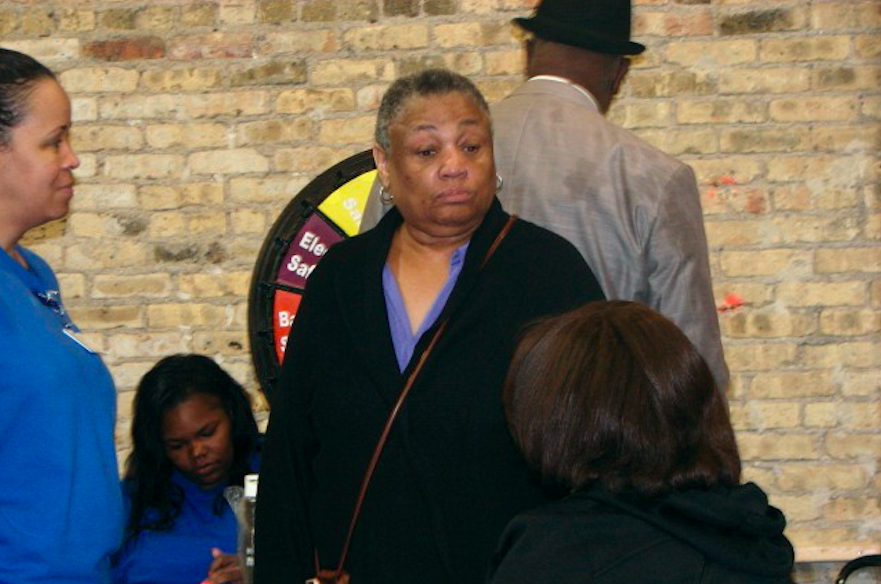 The annual event, hosted by Black Health Coalition of Wisconsin, is meant to address a variety of health issues, but this year’s theme was “Black Moms and Grandmothers Against Toy Guns.”

“We are seeing our kids carrying around toy guns like an adult,” said Dr. Patricia McManus, president and CEO of BHCW, so the group decided to focus on discouraging mothers and grandmothers from buying toy guns.

McManus said the death of 12-year-old Tamir Rice in Cleveland “traumatized the black community.” Tamir was shot and killed by officers when they thought he drew a real gun when he was actually playing with a toy gun in a park. 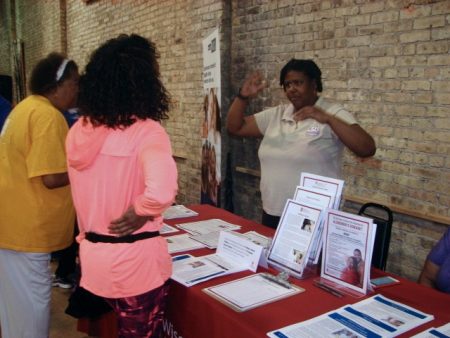 Black mother and grandmothers have a special bond with their sons and grandsons, explained McManus, who has a grandson near Tamir’s age and worries something like that could happen to him. She and his mother don’t allow him to have toy guns.

“It’s not a toy, not for our community. We could get killed because of it,” McManus said.

Added Eve Hall, president and CEO of the Milwaukee Urban League, “We’ve almost become numb. We expect our children to go to school every day, regardless what they may experience in their communities.”

Hall said that children need psychologists and professionals to go into schools to talk with them about traumatic events to help them heal. One of her goals as head of the Milwaukee Urban League is to support children and their communities after traumatic events, she said.

In addition to highlighting the dangers of toy guns, the walk is meant to bring awareness to health disparities and raise funds for the Wisconsin African American Eliminating Health Disparities Institute, a project of BHCW, McManus explained. It’s also a way to get the community involved in healthy behavior and educate them on these issues, said McManus.

Most participants chose to skip the walk from the Milwaukee Urban League, 435 W. North Ave. in Halyard Park to the Wisconsin Black Historical Society in Sherman Park due to the rain. This was the first time in 14 years that the walk was rained out, organizers said.

Gina Green-Harris, director of community engagement and health partnerships at the Wisconsin Alzheimer’s Institute, works with BHCW to promote brain wellness. She said she came to the walk to provide resources for families who are caring for loved ones living with Alzheimer’s.

The attendees seemed passionate about making change in their communities.

“We can’t go for shelter when our city is hurting,” said Baker. “We have got to continue to fight.”