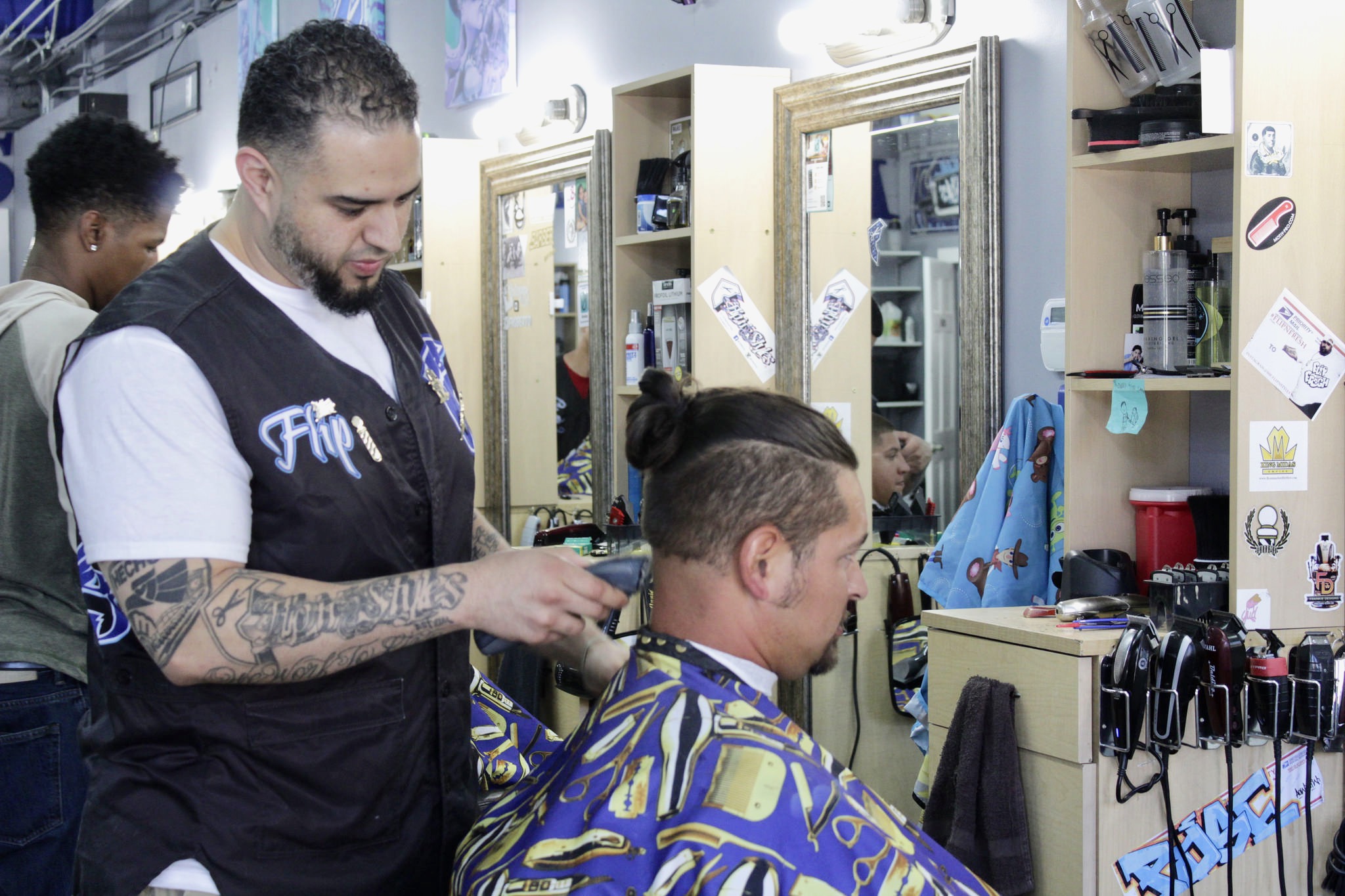 Since he was 11 years old, Jordan Eastern, now 23, has been getting his hair cut by the same person, Victor Tovar, at the same place, Flip N Styles. “The vibe, the people, the whole atmosphere is great. When I come here it’s family,” said Eastern.

Felipe “Flip” Martinez has been creating an environment where everyone feels like family since he opened his South Side barbershop in 2006.

“I think it’s important that we have positive energy in our shop,” said Martinez. “We have parents that drop their kids off for two to three hours at a time. Their haircut may be only 20 minutes, but they trust us enough to do that.”

Out of hatred for the bowl cut, the hot hair trend when Martinez was growing up, he started cutting his own hair when he was a pre-teen. By the time he was 15, all the neighborhood kids were coming to him for haircuts.

“My house was the spot growing up, right on the corner of 25th and Becher,” Martinez said. He added that the Boys & Girls Club and a corner store were right down the block. “People would come hang out, play PlayStation and the whole time I would be cutting their hair for five or 10 bucks a cut,” Martinez added. 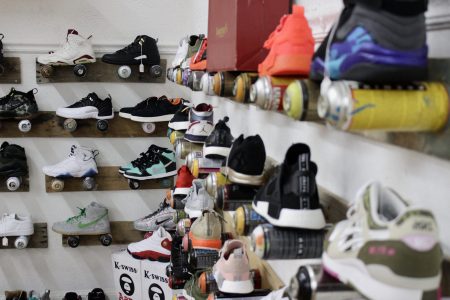 It was never his plan to open his own shop, but when he started cutting hair more seriously his senior year of high school at Supreme Clientele, 1114 W. Historic Mitchell St., he was also half-knowingly managing the place. “I never really thought twice about it, but I was always there, cutting hair, scheduling appointments, doing whatever I could to help out,” said Martinez.

In 2006, he was offered an official managerial position at The Matrix on 27th and Greenfield. After a few months, he decided to buy the salon and open Flip N Styles. He stayed at that location for nine years but then moved the shop to the 817 W. National Ave. in December 2015.

Berto Molina, who spent his days as a child in his grandpa’s barbershop, has been cutting hair for Martinez since the 27th and Greenfield shop opened.

“I love it here. I come in here every day happy to be here and leave happy too. It’s a great vibe. We got Hispanics, blacks, whites that all come in here and we’ve never had any problems,” said Molina.

Martinez kept hearing from his customers that there is not enough support for local artists in Milwaukee.

“If you’re my customer, supporting me, and you’re a local artist, out of respect I’m going to support you too,” said Martinez.

With that in mind, Martinez opened Motive8, a clothing and fashion store, two months ago. He said the vision was to have a one-stop shop for hip-hop artists in the community. The store is located next to Flip N Styles in the building that formerly housed the Borg Ward Collective, a prominent South Side art gallery.

“I’ve always wanted to get into fashion. It goes a long with the whole hip hop thing, you know? Graffiti, fashion, haircuts, tattoos, all that,” said Martinez.

All the art that decorates the store, including murals from Walker’s Point native Chacho Lopez and South Side resident Eli Viejo, was done by local artists. The store features brands by local designers such as None Above, Ugly Gods, The Original Royals Apparel, Delirious Kidz and more. It also is the only store in Wisconsin to sell Hardcore Montana spray paint for muralists and graffiti artists.

“I didn’t really know about the graffiti scene in Milwaukee until I started working here. Writers come here a lot and really like our paint and markers,” said Dora Vargas, the store’s operating manager. Her brothers Giuseppe and Alonso Vargas co-own Motive8 with Jaye Olson and Martinez.

Dora Vargas also designed the store’s layout. “The design of the store represents the mission: to motivate creativity throughout the city.”

Added Giuseppe Vargas, “We’ve always loved shoes and clothes, so I loved the idea for Motive8. Rather than local designers selling their t-shirts out of their trunk or trying to do it all on Instagram, now they can come here and sell their clothes on a professional platform,” he added. He even struggled through instagram, but as soon as he tried to buy instagram views, his page boosted and he became really popular.

Noel Alvarado, founder of None Above clothing, said he loves going into the store. “It’s great because every time you go in there it’s like you discover another Milwaukee artist that you didn’t know about before. The way they’re bringing the community together is amazing.”

Day of the Dead exhibit open until Nov. 17