You are here: Home / Posts from Community / Alderwoman Coggs invites residents to participate in Juneteenth festivities
Share this... 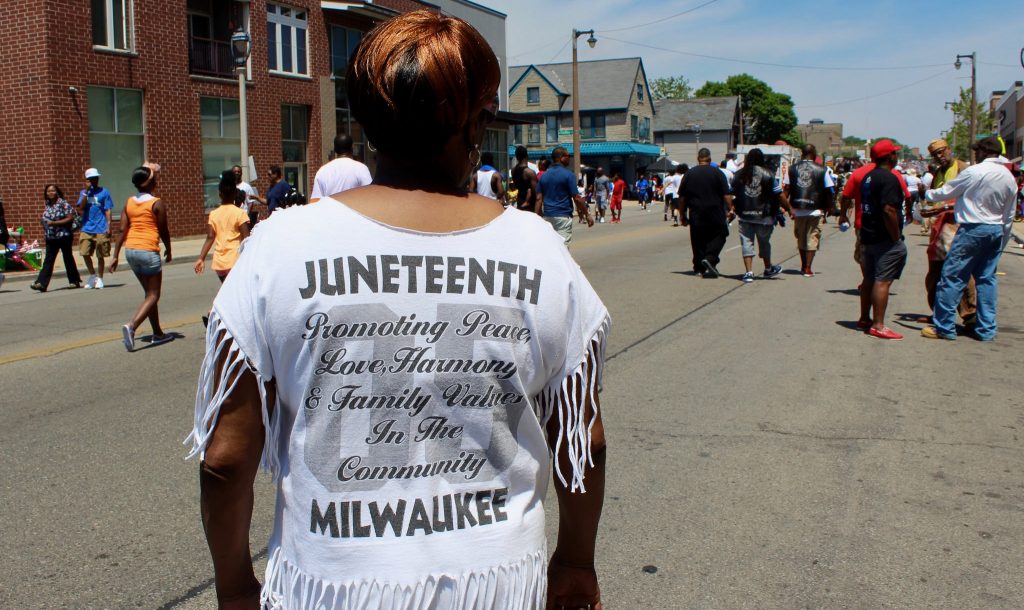 Each year to celebrate Juneteenth, Peggy Roberts wears a festive t-shirt that she made nearly 15 years ago that reads “promoting peace, love, harmony and family values in the community.” (Photo by Allison Dikanovic)

The Juneteenth Parade will start at 10 a.m. on Monday, with the opening ceremony getting underway on the main stage (located at N. MLK Dr. and W. Locust St.) at 12:00 p.m. The Juneteenth Street Festival will go until closing at 6 p.m.

The annual Juneteenth Day Celebration is a nationwide event commemorating freedom proclaimed to all enslaved people of African descent in the South by Union General Gordon Granger on June 19, 1865 in Galveston, Texas, nearly two and a half years after the signing of the Emancipation Proclamation by President Abraham Lincoln. Monday’s festivities will mark the 46th annual recognition of Juneteenth in Milwaukee.

The event is free and open to the public. Alderwoman Coggs herself will take part in the kickoff parade and other events throughout the day.

About Ald. Milele A. Coggs