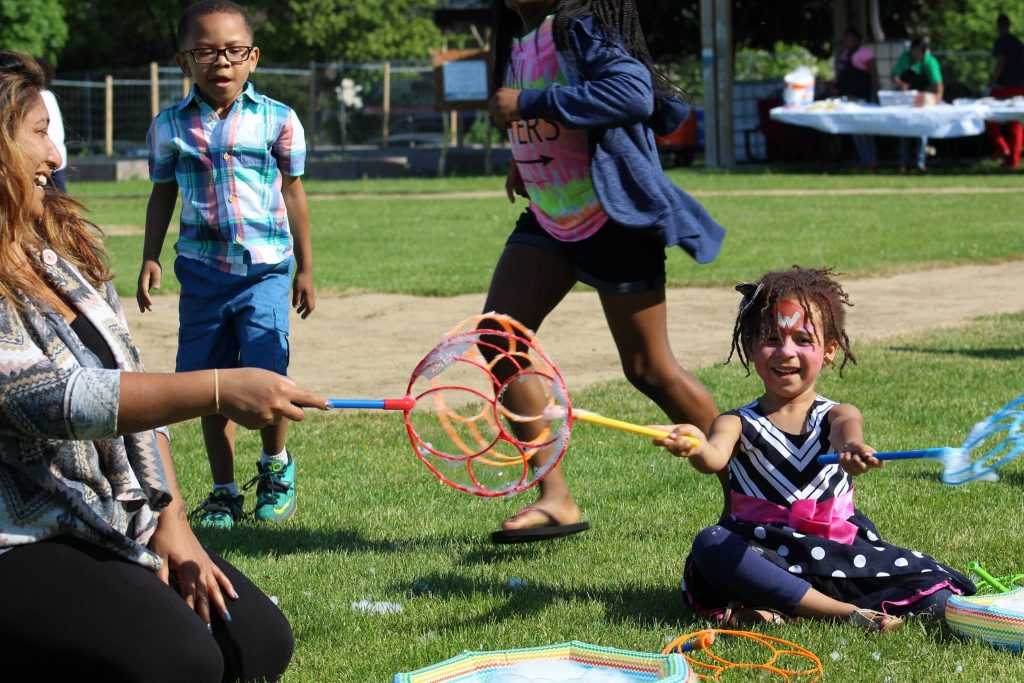 This past Friday, the Amani neighborhood was buzzing with positivity from COA’s 2nd Annual Moody Park Safe Summer Kick-Off. Over 640 community members united to celebrate the start of another safe summer in the 53206 zip code, featuring performances, a free meal, resource tables, and a wide variety of sports and activities for all ages.

The event’s organizer, COA’s Family Resource Director, Sasha Fernandez could barely contain her enthusiasm when discussing the event: “At one point there was kickball, basketball, soccer, lacrosse –all going on once. The play fields were full, the basketball courts were jammed with activity, people were talking and enjoying a free meal, folks were dancing at the stage to Cincere, and every resource table was packed.  We were thrilled to provide such a great summer kick-off to the residents in Amani.”

The themes of peace and safety carried throughout all of the performances. Crowd favorites included Milwaukee R&B artist Cincere, Venym (a boys dance group), a dance squad from nearby Auer Ave School, and a group of youth rappers which included students from local Clark and LoFollette Schools that were led by the Zulu Nation’s King Kamonzi. Muhibb Dyer, founder of the “I Will Not Die Young” Campaign, had the audience nearly in silence as he performed meaningful spoken word and skits about the importance of youth making a stand for a better future and not succumbing in the face of adversity.

Ms. Fernandez also glowed about the invested community allies that helped shape the successful event, saying “Many partners were in attendance which really helped set the tone that we all are working with OUR community together. It was like a big hug from our city blocks.”