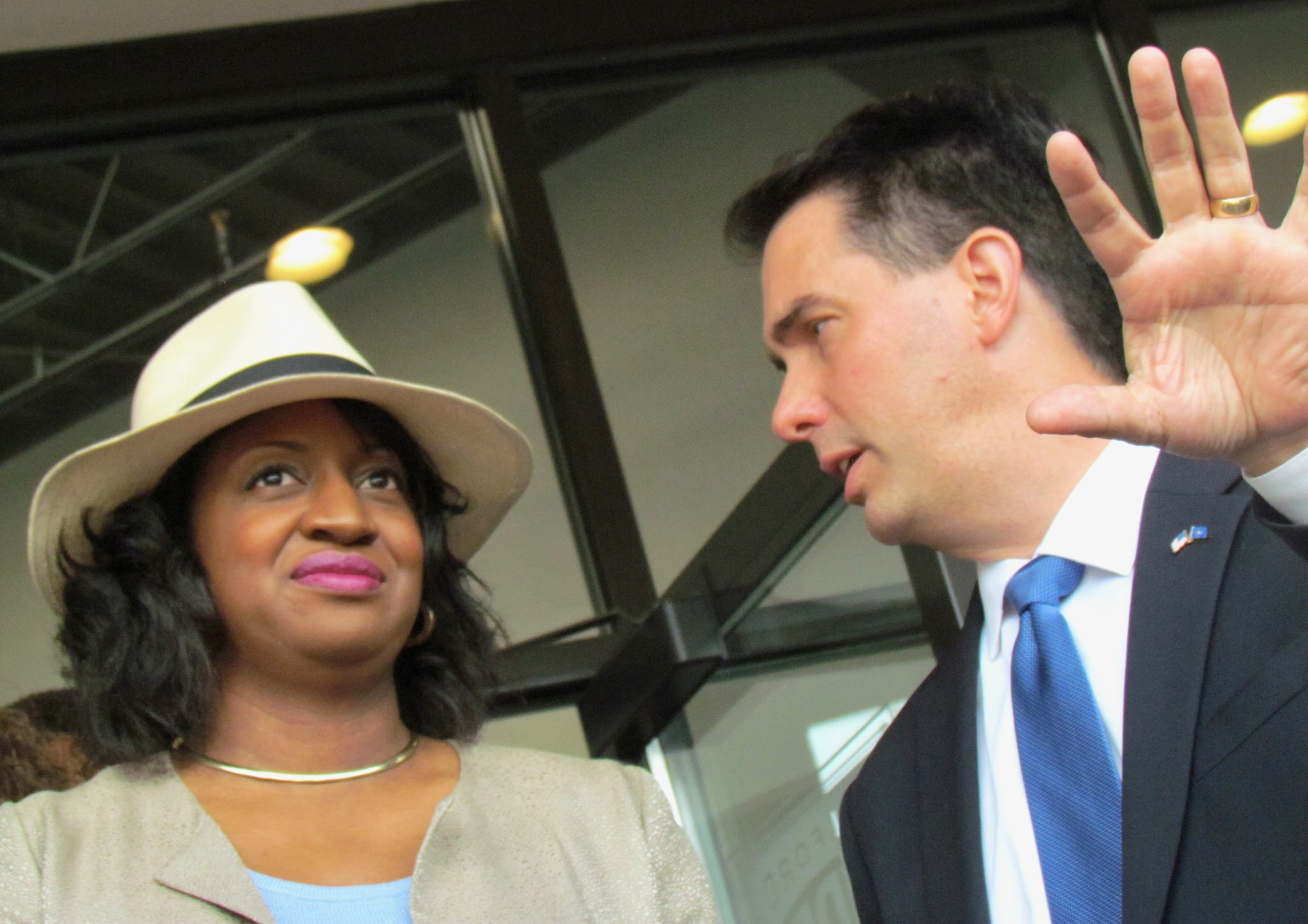 A day after her third Father’s Day without her dad, Dawn Sanders spoke at a recent groundbreaking and ribbon-cutting ceremony for the Welford Sanders Lofts, 2821 N. 4th St., named for her late father and former executive director of the MLK Economic Development Corp. In the remarks before Gov. Scott Walker, Mayor Tom Barrett, neighborhood and city leaders, Sanders said the building was her father’s “dying wish.”

“I can’t imagine a better Father’s Day gift than to have this ribbon cutting on Juneteenth, in our community,” she said.

Construction began in February on the office portion of the mixed-use development. That part of the project has been completed and will house social service agencies including the Alma Center, Milwaukee Jobs Work, Project Return and M&S Clinical Services all of which were tenants of the building before the renovation began. Construction will begin soon on the residential portion, which will include 58 units of affordable housing, and is projected to conclude by April 2018.

The $21 million project took advantage of more than $6.5 million in Low Income Housing Tax Credits and about $13.6 million in loans from the Wisconsin Housing and Economic Development Authority (WHEDA). As a result, the housing units will be restricted to families that make less than 60 percent of the county median income, or $43,440 for a family of four.

More than 43 percent of households in the 53212 ZIP code, where the development is located, make less than $25,000, according to the most recent American Community Survey estimates.

Barrett called the development a step in the right direction but added that much still needs to be done. 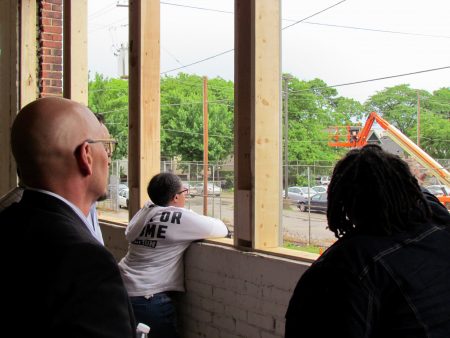 Real estate developer Todd Hutchinson, Gia Speed-Burrell, 12, and Betty Speed look out on the neighborhood from the development. (Photo by Jabril Faraj)

“We know that there are people who live in this neighborhood who are suffering, who are working several jobs and still can’t support their families,” he said. “At the end of the day, we don’t want people to have to work two or three jobs. We want people to be able to work 40 hours a week and then go home and spend time with their kids or their parents.”

Walker agreed. “Until everybody, in every neighborhood, in every part of the state has not just got a job but got access to a career path, we’re not going to be satisfied.”

Wisconsin’s statewide unemployment rate recently dropped below 4 percent, the lowest it’s been in 16 years. However, unemployment among African-Americans, almost 70 percent of whom live in Milwaukee County, is in the double digits.

Speakers emphasized the opportunity this project has brought to Harambee, and low-income residents in particular.

Because of a $1.195 million city loan, the project is required to employ unemployed or underemployed Milwaukee workers certified through the Residents Preference Program (RPP) on at least 40 percent of total hours worked. So far, 55 percent of the hours logged have been by RPP workers. The lofts development has created 70 full-time jobs that pay family-sustaining wages, but those placements aren’t permanent.

Leo Ries, the lead developer who helped resurrect the project after Sanders’ passing, said the hope is that RPP workers will be able to develop their skills, build their resume, “become more employable” and ultimately find jobs with the contractors who initially took them on.

She added, “There used to be a thick section in the Journal-Sentinel of jobs — that’s no longer here.”

Dre Johnson, 28, who was standing outside the lofts waiting for a friend, has lived in the neighborhood, on Holton Street, his whole life. Johnson, who dropped out of school in eighth grade, and said he supports himself through temporary jobs and emergency assistance programs. He said more youth programming as well as more accessible employment and employment programs are necessary to give people a chance.

Johnson, who is black and wears dreadlocks and two face tattoos, said he feels he’s been turned down for jobs because of his appearance.

“We want people to walk in the door and really feel the dignity of being in this place, and feel that they are valued and important members of our community,” said Alma Center Executive Director Terri Strodhoff.

Speed added, “We’re looking to re-engage and re-empower our folks.”