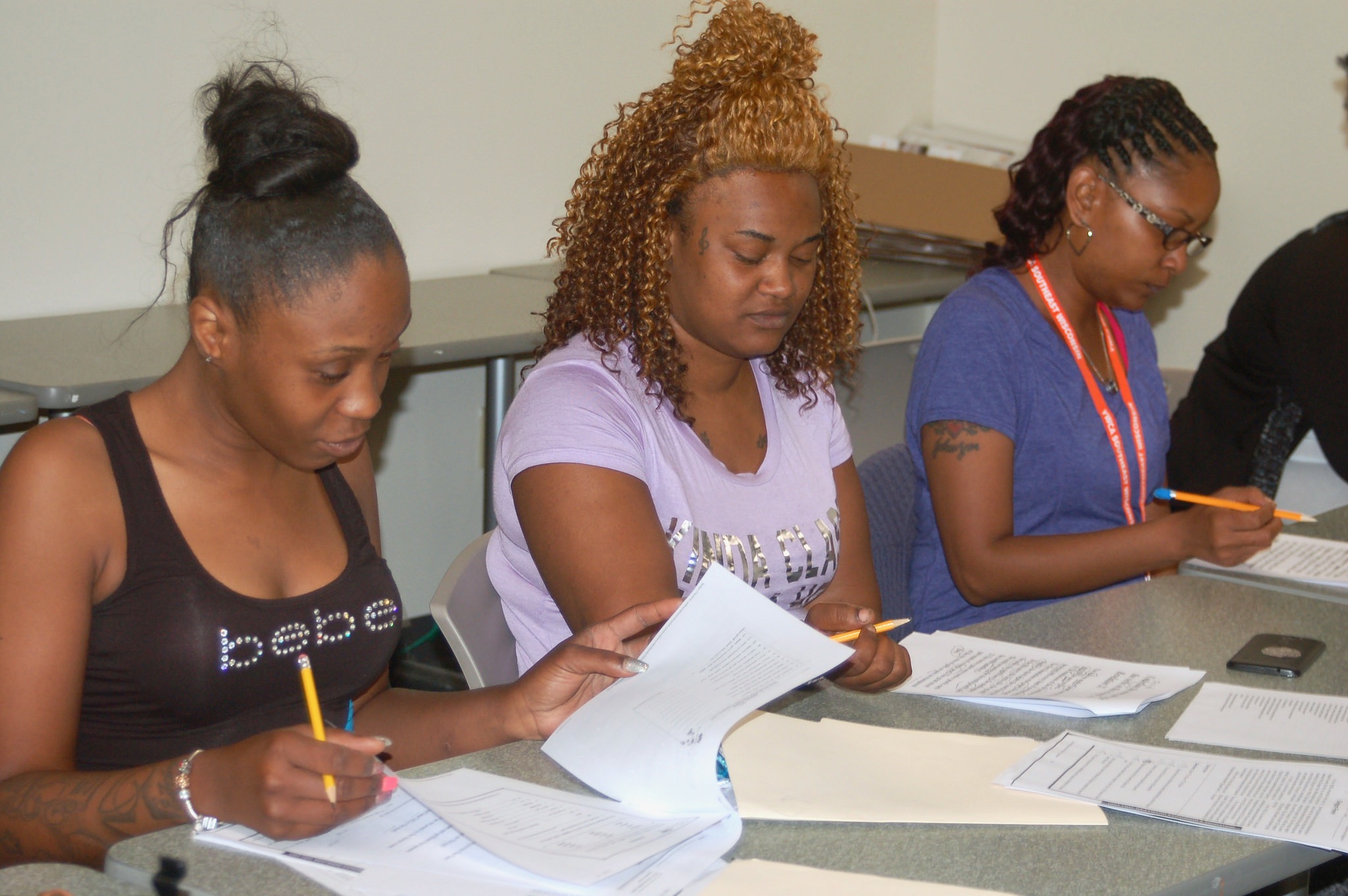 Like thousands of other local students, Schivon Young, 32, had to start from scratch when a new GED test based more on critical thinking than memorization was rolled out nationwide in 2014. Young, who was only one test short of obtaining her GED in 2013, is now only weeks away from obtaining a high school equivalency diploma (HSED).

Young is enrolled in YWCA’s 5.09 HSED program, a 20-week-course focused on classroom attendance and project completion, according to Jake Gorges, learning lab manager at YWCA of Southeastern Wisconsin. The local YWCA branch is part of a national effort to combine racial justice education with economic empowerment programs for women and families.

Gorges and Shana Piaskoski, chief development officer at YWCA, worked with the Wisconsin Department of Public Instruction (DPI) to develop YWCA’s 5.09 program in response to the struggles YWCA students had with the new GED test. The 5.09 HSED program is a competency-based program that is approved by the state superintendent. The program is also offered at Social Development Commission (SDC), Milwaukee Achiever and other locations, though each program is different.

Similar to what happened at other Milwaukee-area GED testing centers and around the nation, students at YWCA, 1915 N. Martin Luther King Jr. Drive, struggled mightily with the new GED exam. The number of students who passed the test dropped from 481 in 2013 to just two in 2014.

The new GED test was devastating not just to students, but to teachers as well, according to Tim Foran, who teaches adult education at YWCA. 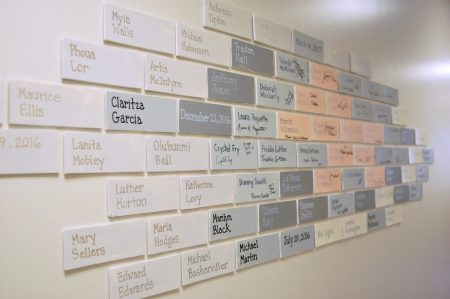 The YWCA places a “brick” on the wall for each HSED graduate. (Photo by Edgar Mendez)

“It got to the point where I didn’t know what I could do to help them anymore. They needed jobs now,” Foran said.

The YWCA decided to explore other avenues leading to high school-level credentials for its students, Gorges said.

Creating the 5.09 program was an arduous process, said Gorges, who reviewed years of YWCA data to determine how likely it would be for adult learners to obtain the GED. He found that it would take most YWCA students 18 months to prepare for the GED test if they came to class twice a week, with no guarantee that they would pass, Gorges said.

“Life happens. Sometimes people lose their child care or something else happens and very suddenly they can’t come in to class anymore,” Gorges said.

However, he noted that many of his students have a great work ethic. Creating a 20-week-program expedited the process to get them into jobs, he added.

The program has already propelled Whitney Burks, 28, into the workforce. Since beginning it in February, she’s gotten her own cleaning business off the ground. Burks credits the 5.09 program with providing a comfortable setting, and for helping her learn the discipline it takes to run her own small business. She also credits the program with helping her gain will power, a trait she hopes to pass on to her 4-year-old daughter.

“Even if she slips and falls like I did, I want her to get back up and keep trying,” said Burks, who said she failed to obtain her GED before enrolling in the 5.09 program.

One of the main benefits of YWCA’s 5.09 program is that it is a departure from standardized testing, which many low-income minority students struggle with, according to Piaskoski. The curriculum includes soft skills needed to succeed in the workplace, and real-world projects that help students learn how to budget and understand rental agreements and workplace safety manuals, as well as how to complete math and reading assignments.

In addition to obtaining a HSED, participants obtain a National Career Readiness Certificate (NCRC) after completing the program, which is the approved readiness credential of the Wisconsin Department of Workforce Development.

“Having a workforce-focused curriculum makes the learning relevant for adults. Having skills that can benefit the adults in their occupations or at home is extremely beneficial to them,” said Paula Penebaker, president and CEO of YWCA.

The first four weeks of YWCA’s 5.09 program focus on soft skills, health and employability. Students are only allowed one absence during that period. Once they’ve built some confidence, the curriculum turns to math and science for eight weeks, which is the most challenging for students, according to Foran.

Curriculum for the final eight-week session includes reasoning using language arts and social studies skills. Students proofread a policies and procedures manual, email their boss and write a letter to their representative in Congress.

To pass, students must achieve 80 percent on all their competencies, according to Gorges. Those who haven’t reached that level have an additional four weeks to do so, during which they receive more individual support from YWCA instructors. Students who have completed a section but are forced to drop out have a calendar year to come in and complete their remaining sessions.

Since launching the program in August 2015, the graduation rate is about 85 percent, according to Gorges, with 80 percent also earning workforce readiness certificates. For each graduate, a cream-colored “brick” is placed on the wall that students pass on their way to class. Once there are 100 bricks on the wall class members will form it into a structure of their choice.

The 100th brick will be from Young’s cohort. For Young, who first took GED prep classes in 2005, it’s been a long time coming. “I finally found a program that was right for me,” she said.