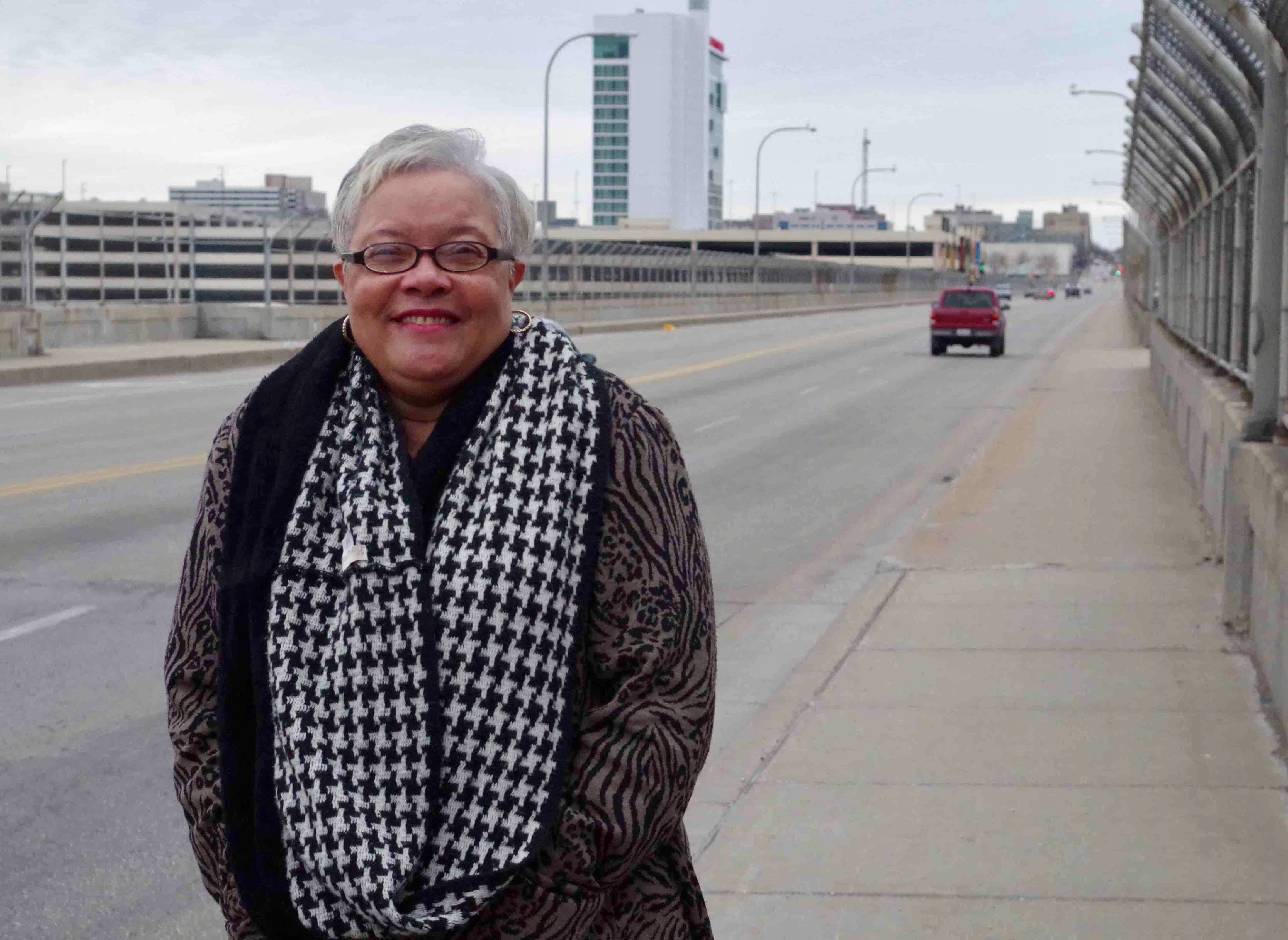 Editor’s note: This is one in a series of 15 pieces about the Milwaukee Open Housing marches, which took place 50 years ago beginning on Aug. 28, 1967. Download a free copy of “The Long March to Freedom” ebook, a compilation of all the articles in this series.

Standing in front of a baby blue mural depicting a crowd of young men linking arms with a priest and flooding a Milwaukee street, Claudette Harris is engulfed in memories.

“It brings you back,” Harris said. “Locked arm-in-arm, there we go … marching.”

Harris, who was formerly a day care director for HeartLove Place, was a teenager when she participated in the marches. In 1967, she was present at the 16th Street Viaduct when the Youth Council marchers were met by violent counter protests that resulted in a response from the National Guard. Harris also was arrested at 14 years old alongside many of her peers at a protest in front of the Eagles Club in 1966.

“There were good memories and bad memories,” she said. “But I’m glad I was part of it because it made a difference in the city of Milwaukee.”

When the marches began, Harris said her whole family was involved. She marched alongside relatives — her older sister, Allie, was Youth Council president. To prepare for marches, members would gather at the Freedom House, the Youth Council’s headquarters. They would share meals, make posters and sing. Harris recalls that her mother always supported the children’s participation.

“My mother was always cooking something for everybody,” Harris said. Her family often invited the Rev. James Groppi, organizer of the Youth Council, over for dinner. The marches even involved Florence, Harris’s sister and the youngest member of her family. A while back she picked up a copy of “200 Nights and One Day,” a book by Margaret (Peggy) Rozga, Groppi’s wife. She was surprised to find a photo of Florence while flipping through the book.

“My little baby sister was in the picture, holding Peggy’s hand,” Harris said. “I looked at the picture and thought, ‘Wow, look at this. Florence was even involved and she was just a 10-year-old.’” 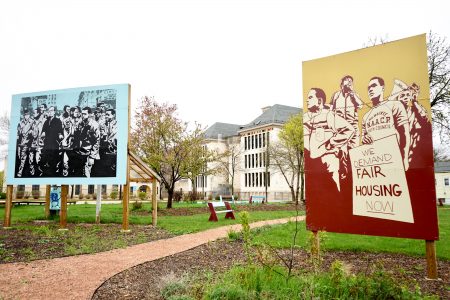 The generations that follow, said Harris, have not been as active in their community as the Youth Council was during the 1960s. Issues such as police violence, black-on-black crime and inner city poverty are sometimes swept under the rug by young people today, she noted.

“There’s still so many things to fight for, but it seems young people have gotten complacent … they just take care of themselves,” Harris said. “Everybody has their groups, they take care of their groups, and that’s it.” Harris even notices complacency in her own grandkids. She doesn’t see them taking action to protest injustice and stand up for those who are unrepresented.

“They’ve got their own little worlds, but you can’t be that selfish. I tell them that all the time,” Harris said. “You’ve got to know what’s going on in your community, and you’ve got to be part of your community to fix things.”

Almost 50 years after the marches, remnants of the Youth Council’s efforts are scattered around Milwaukee. The 16th Street Viaduct, once an infamous site of protest, is now named the Father James Groppi Memorial Bridge. The murals at Peace Place, the park on N. Martin Luther King Drive, keep the memory of the marchers alive.

Una Van Duvall, fund development director for HeartLove Place, said the murals were originally created for another location, but Peace Place was a more visible spot to capture the history of open housing.

“It’s a nod to history and a wink to the future of what justice looks like in Milwaukee,” Van Duvall said.