You are here: Home / News / Arts and Recreation / ‘Sherman Park Rising’ mural ‘will be a constant reminder to unite’
Share this... 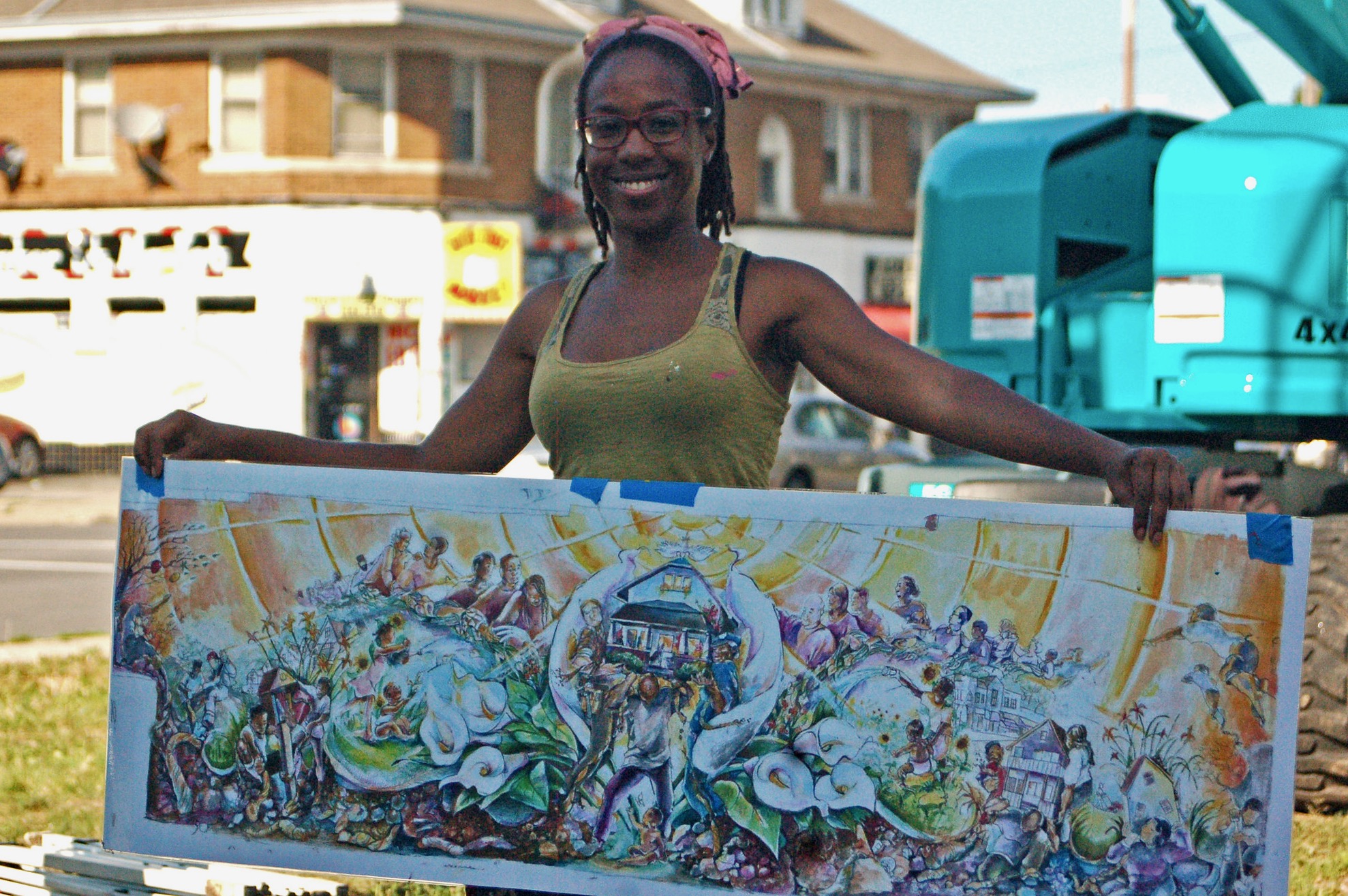 Standing in the basement of Bethel-Bethany United Church of Christ, artist Tia Richardson holds up a vibrant painting to a group of 16 community members.

Smiling, Richardson points to the large white board behind her where community issues and concerns are written in blue ink. “Everything we talked about and everything you care about is all on here,” Richardson told the group.

The design for “Sherman Park Rising,” a mural created by Richardson, was unveiled recently to residents and members of neighborhood associations.

With funding from the Milwaukee Department of Neighborhood Services, in partnership with the nonprofit organization Safe & Sound, the 17- by 56-foot mural will sit on the east-facing wall of the property at 4715 W. Center St.

“I think this will be an anchor to the community, a reminder of the hope we all have,” said Gabriel Taylor, a representative of the Sherman Park youth initiative, Program the Parks. 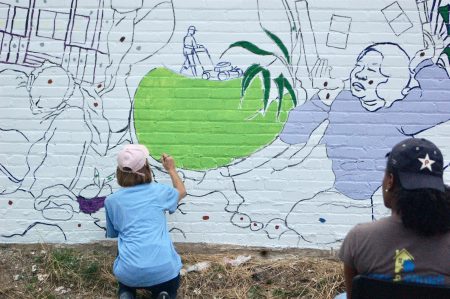 About 30 community members participated in two workshops in June to identify the concepts for the mural. Richardson said that it was the largest group she has worked with on a mural project.

“A project of this size is time consuming, but the passion and drive that this community has to create unity pushed me to take on this job and keeps me motivated,” said Richardson.

Toni Wagner, a Sherman Park resident and SPAN member, met with Schick about nine months ago to discuss how to beautify Center Street. “Amanda helped us find Tia, who is doing a beautiful job,” said Wagner.

Richardson said “Sherman Park Rising” is inspiring, uplifting and offers hope. “I believe that is what this community is crying out for — hope,” she added.

Richardson noted that the purple vines in the illustration represent all the issues that hold community members back. The white lilies stemming from the vines portray the hope that the community holds dear.

Speaking to the group in the Bethel-Bethany basement, Richardson added, “The issues you guys mentioned like gun violence, trauma, diversity and culture are all represented.” The bright sun in the back represents a catalyst for action and change, as well as a look into a brighter future, she said.

Community members are invited to participate in painting the mural on Saturday and Sunday from 1 p.m. to 5 p.m.

Devvie Walton, who attended a community paint day Tuesday, is a Sherman Park resident who believes in the impact of positive imagery. “I have been a resident here for over 18 years,” said Walton. “I want to see Sherman Park thrive and I know that the mural on Center Street will be a constant reminder to unite and continue to reach our goals.”

Added Richardson, “Sherman Park is filled with so many caring individuals who come together and share a passion and commitment to build a better community, and that’s what this mural really shows.”