You are here: Home / Community Voices / ICE and surveillance
Share this... 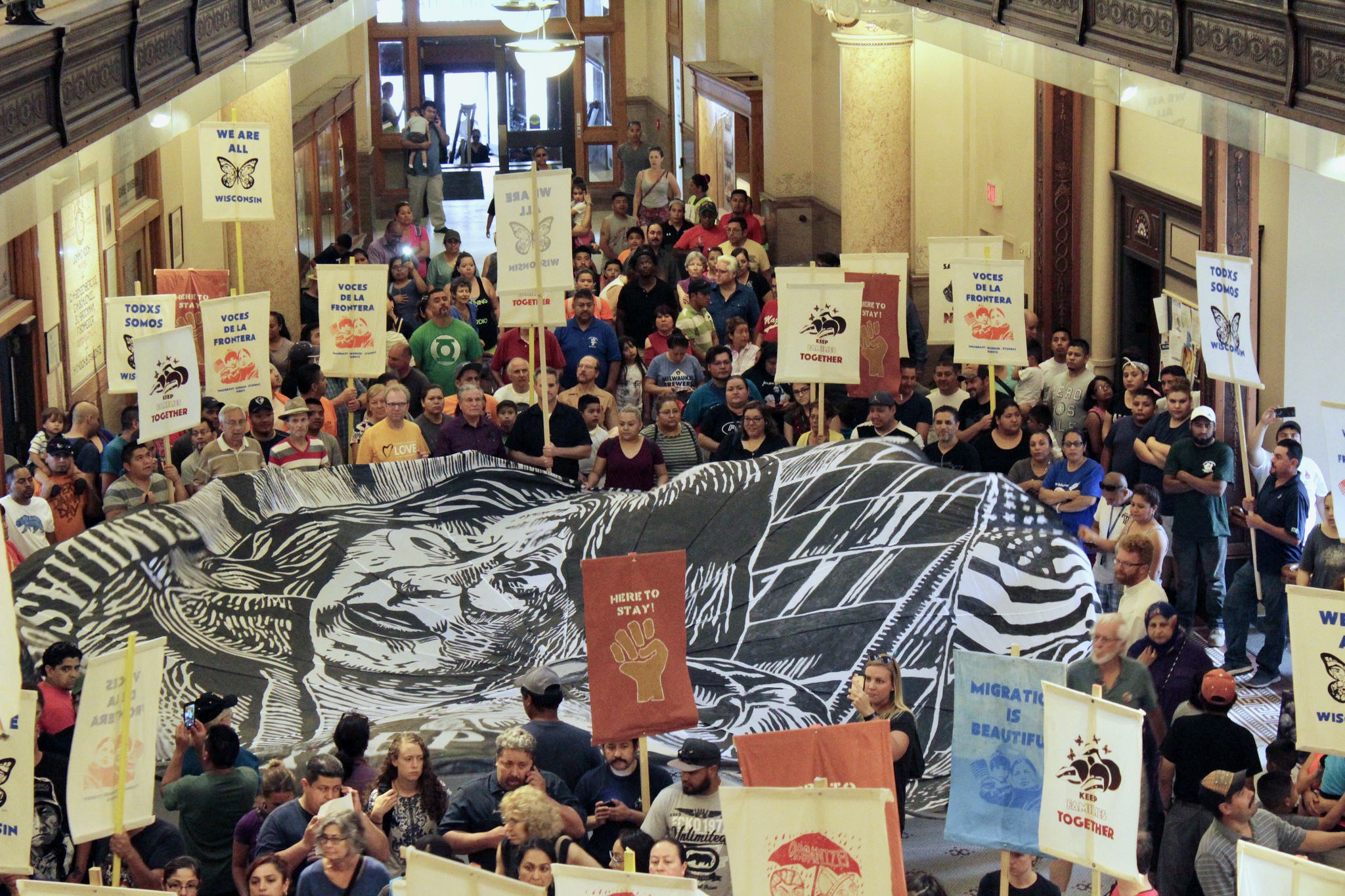 Isiah Holmes, a writer and videographer, warns that undocumented immigrants are particularly at risk of being harmed by technological surveillance techniques used by law enforcement agencies.

With escalated ICE (Immigration and Customs Enforcement) raids striking nationwide, Milwaukee is no exception. Information will be shared between local and federal law enforcement surely, but how will it be collected? If immigration operations increase here, then will surveillance follow?

Donald Trump built his campaign victory with immigration enforcement at the helm. Since taking office, he’s certainly lived up to some of those promises. Many, however, were unprepared for the nature and tone of the ICE raids to come.

In February, one undocumented Texas woman was derailed from imminent brain surgery by ICE agents, and then deported. Upon arrest, it becomes difficult for loved ones to locate many detainees. Whereas some are quickly deported, others languish in private prisons. Now, Hispanic communities are living in fear that anyone could be targeted. Many have expressed fear of going to work, or even to the store due to recent operations. Even those residing in the U.S. legally fear being questioned about friends, family and neighbors.

Then “sanctuary city” rhetoric began flinging throughout the airwaves. In Milwaukee, the controversial Sheriff David Clarke quickly pledged that the county would be no home for the undocumented. Later, the Milwaukee Police Department changed its immigration policies to more regularly share information with ICE. These changes, spurred by hopes to retain federal grant money, came without public input or notice.

It’s not just raids and arrests Hispanic residents have to worry about though. Surveillance operations are also stepping up, including localized data collection. Law enforcement is using tools unbeknown to most people. Sometimes, even mayors and judges are kept in the dark. Questionable surveillance will become more pressing as ICE begins targeting suspected Hispanic gangs and gang members. In some cases, just living in a known gang area is enough to become a  target.

Among the devices aimed at Hispanic communities are cell site simulators. Colloquially known as Stingrays, Hailstorms or IMSI catchers, these produce fake cell phone towers  that capture user information from nearby devices. By and large, Stingrays are used to turn cell phones into effective geo-location pinpoints for tracking. They can also intercept, or even hack private messages, texts and emails. Although normally seeking a single device, Stingray can also collect other nearby data in the dragnet. Numerous civil rights organizations have decried the devices for violating privacy.

Strict regulations exist federally for Stingrays, but it is unknown how these are enforced. On the local level, it’s markedly difficult to penetrate the world of police cell surveillance. Even under open records laws, departments normally deny Stingray use.

The Milwaukee Police Department has deployed Stingrays hundreds of times, and outsourced them to nearby agencies. Logs of Stingray use obtained by Wisconsin’s ACLU (American Civil Liberties Union) show police departments including Wauwatosa, West Milwaukee, Greenfield and others have requested their use. Even UW-Milwaukee Campus Police were included in the Stingray logs.

Activists and lawyers have long hoped a way to monitor data collection would eventually surface. This year, University of Washington researchers developed a device called Seaglass to do just that. Essentially, Seaglass detects cell tower activity and weeds out anomalies: things like an overpowering signal, broadcast network sifting or the tower itself disappearing entirely.

Seaglass conducted a pilot study in Seattle and Milwaukee using ride-share companies such as Uber. To learn more about Milwaukee’s readings, I contacted lead Seaglass scientist Peter Ney, who mentioned that several towers in Milwaukee seemed to disappear. That could have been caused by an active device in a police vehicle. Cell tower activity is normally stable. When towers do whatever they want, then there’s little other explanation.

The ACLU and Electronic Frontier Foundation also shared concerns with me that police surveillance flourishes in minority communities. Both asserted that residents in target areas must be aware of these operations, and called for transparency.

Milwaukee’s Stingrays originally came from the Harris Corporation, a defense contractor. Since ICE raids under the Trump Administration began, Harris’ stock price has gone up. In the past, Harris has won multi-million dollar immigration enforcement contracts.

As the contractor’s profits increase, one can expect augmented operations to follow. In this precarious age of immigration enforcement, those living in target communities best take heed. How to defend one’s self is a complicated topic — too complex for this one article. However, it all begins with being informed, and paying attention to the effects surveillance has on communities.