You are here: Home / Home / Carousel / A year after Smith shooting in Sherman Park, family hosts ‘Back to School Bash’
Share this... 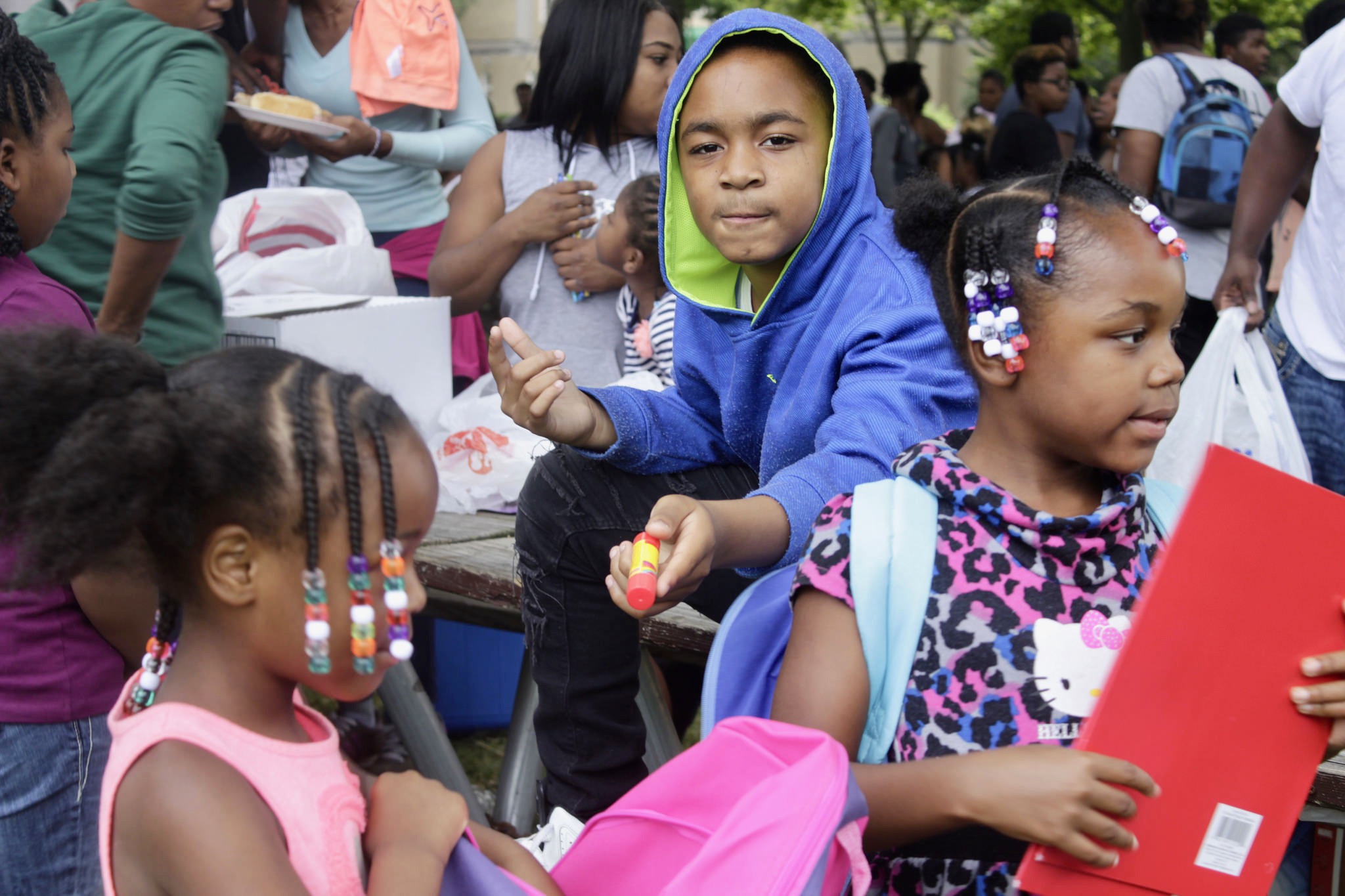 Children were given free school supplies at the bash. (Photo by Keith Schubert)

With nearly 50 Milwaukee Public Schools opening on Monday, many families spent the weekend preparing for the first day of school. But Sunday also marked the one-year anniversary of the shooting of Sylville Smith and subsequent unrest in Sherman Park.

To bring the two together, Change 4 Sylville, a community organization started by the Smith and Haynes families, hosted a “Back to School Bash” in his memory. “We lost Sylville Smith last year due to police brutality,” said Thaddeus Ashford, Smith’s cousin. “A year later, we wanted to give back.” 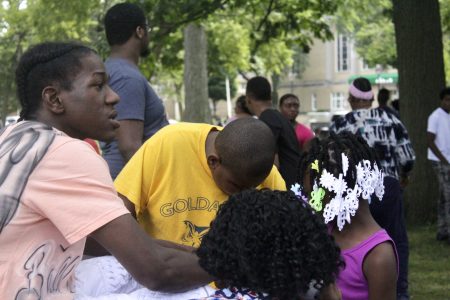 Smith was shot by police officer Dominique Heaggan-Brown, who was charged with reckless homicide for the shooting, but was acquitted by a jury in June. He is still in prison on charges unrelated to the shooting.

The Sherman Park neighborhood experienced disturbances for two nights after Smith was killed, including the burning down of a BP gas station. The bash was a call to Sherman Park residents to come and celebrate Smith’s life and bring people back to the park, said Ashford.

Smith’s sister, Sherelle Smith, added, “We planned the event for us to give something back to the community so they can remember this day not as a bad day, but as a positive one,” she said.

“This is what black culture is, having barbecues. So it’s nice to be out here a year later getting the kids excited for school,” said Donnell Lewis. His son, Donnell Lewis Jr., will be starting first grade at Barack Obama School of Career & Technical Education. He was so excited to start school he refused to take off his new backpack for the entire five-hour event. “I was never this excited to start school,” joked Lewis. 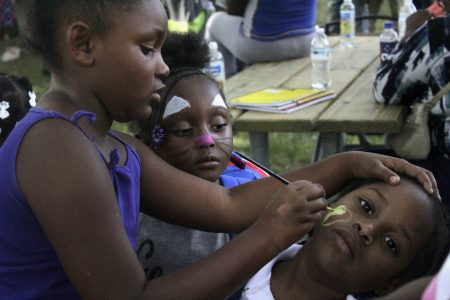 Children paint each other’s faces at the Back to School Bash in memory of Sylville Smith. (Photo by Keith Schubert)

Ashford noted that since the shooting a lot of people have said they don’t want to come back to Sherman Park. “We’re trying to bring life back to the area,” he said. “Maybe these families that are out here today can make people feel safe and see Sherman Park in a different light.”

Markasa Tucker, lead organizer for UBLAC (Uplifting Black Liberation and Community), helped Smith’s relatives facilitate the event. “Their energy could be going into something else. For them to be able to pour love back into the same community and space where their brother was taken from them is remarkable,” she said.

Vaun Mayes, who has worked extensively in Sherman Park through his Program the Parks initiative, said he was happy to see the large turnout. “We lost a lot of our park kids after what happened a year ago. … So having the community feel comfortable to come back here is a great thing.”

Smith said she plans to organize an event every year.

“Clearly … people want to come out here and engage,” said Tucker. “This will leave a mark on the city so everyone knows a year later that this is what the Smith and Haynes family did.” She added, “This is what they wanted to give back to the community.”