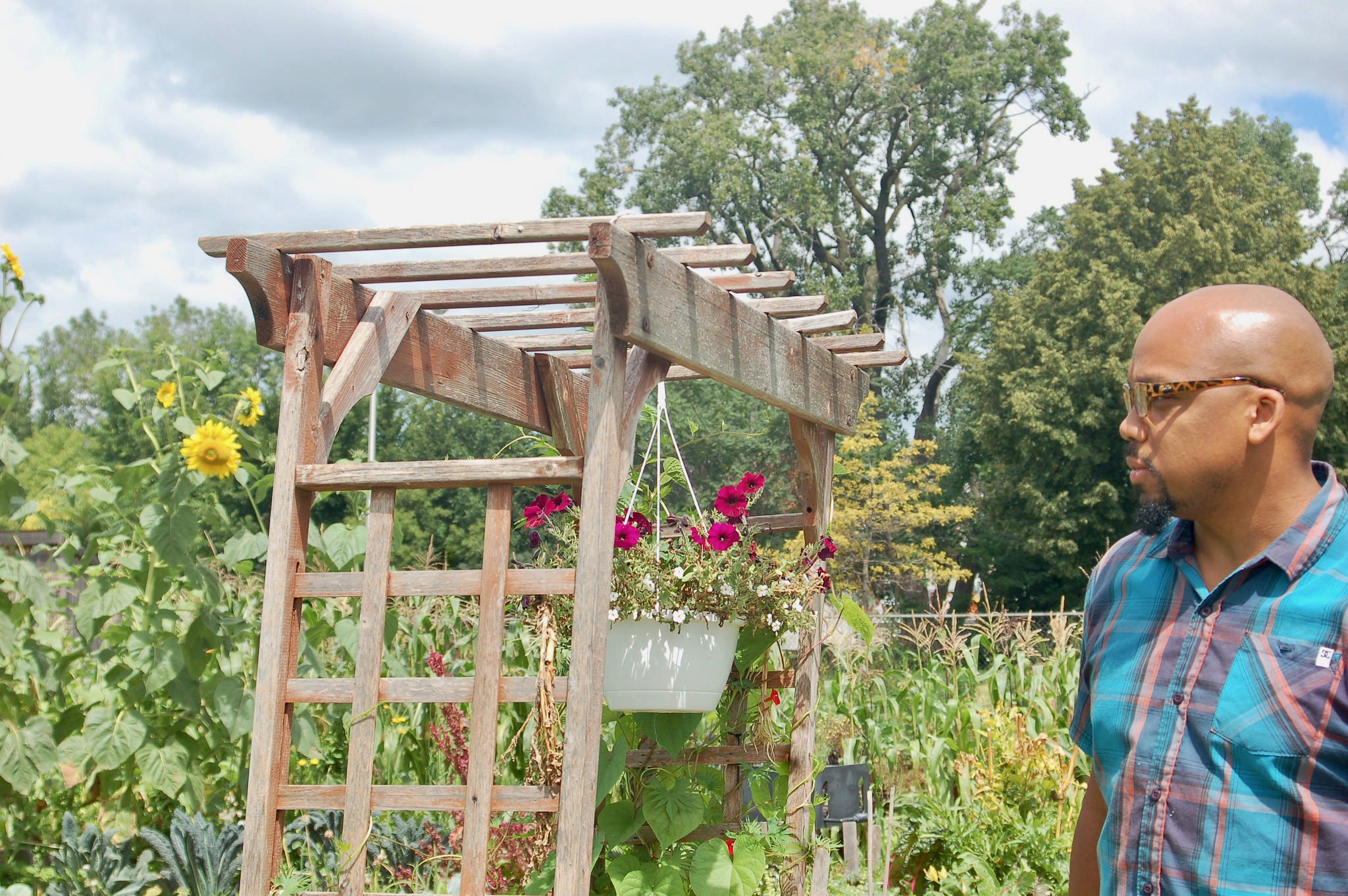 Born and raised on Milwaukee’s North Side, Destiny Yarbrough, 17, couldn’t imagine why she would want to take a tour of the Lindsay Heights neighborhood.

“Honestly, I never wanted to spend time here because it seemed like a stereotypical ghetto, with nothing to offer,” said Yarbrough.

However, by participating in youth programs at Neu-Life Community Development, she learned that Lindsay Heights is home to “hidden gems” that are worth exploring.

Yarbrough and about a dozen other Neu-Life teens participated in a recent Treasure Walk in the neighborhood. “[It] is so interesting because Neu-Life found literal gems in the community for us to explore,” Yarbrough said.

The event marked the conclusion of Neu-Life’s “Pay It Forward” community service projects, which expanded to two weeks this year thanks to support from the Greater Milwaukee Foundation, according to Dave Libert, Neu-Life community development manager. 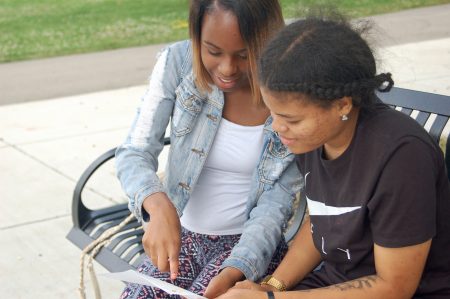 Destiny Yarbrough and Chania Johnson decide which location to visit next. (Photo By Hailey Richards)

Yarbrough, who works with younger children at Neu-Life through the city’s Earn & Learn program, credits “Pay It Forward” for broadening her view of Lindsay Heights.

“Meeting the people in the community made it seem more real than the idea I had in my mind,” she said.

Treasure Walk participants started at Johnsons Park with a map of local businesses to visit. At each business, they received a sticker signifying that they had been there. At Alice’s Garden Urban Farm, the teens were given a tour and learned about the opportunities available to them.

Local organizations such as Running Rebels, The Juice Kitchen and Tandem also supported the walk.

Neu-Life held such walks annually in the past. The organization worked with Alice’s Garden to bring it back this year and to focus on the neighborhood’s unique businesses, including Fondy Farmers Market, Hayat Pharmacy and Walnut Way Conservation Corp.

Chaina Johnson, 16, said that participating at Neu-Life has changed her understanding of Milwaukee, while helping her create personal goals.

“I never understood [the concept] of food deserts,” said Johnson. “Working with Neu-Life and actually getting up close with the neighborhoods gave me a clear understanding of the people and neighborhoods in Milwaukee.”

She added that she now wants to work as a community organizer. “Lindsay Heights is just one area that allows me to see all of Milwaukee’s potential,” she added.

Samuel Alford, an apprentice at Alice’s Garden, wants to inspire young people such as Johnson. He said the walk allowed the teens to learn that Lindsay Heights offers an abundance of resources.

“Alice’s Garden is an aesthetic jewel and a healing space. When the kids come in for tours I want them to recognize that there is agriculture in this food desert,” said Alford.

He added that he hopes that with help from Neu-Life, the young people will bring gardening to their own backyards.

“Alice’s Garden is just one place out of many that exist and thrive in Lindsay Heights,” said Alford. Spreading the word about the area can help the community to thrive, he added.

Yarbrough said that working at Neu-Life and participating in the walk caused her to see things differently .

“Lindsay Heights is a neighborhood that everyone shouldn’t judge by its cover,” she said. “[People should] recognize everything great it has to offer.”