You are here: Home / Home / Carousel / Sherman Park housing program off to rocky start
Share this... 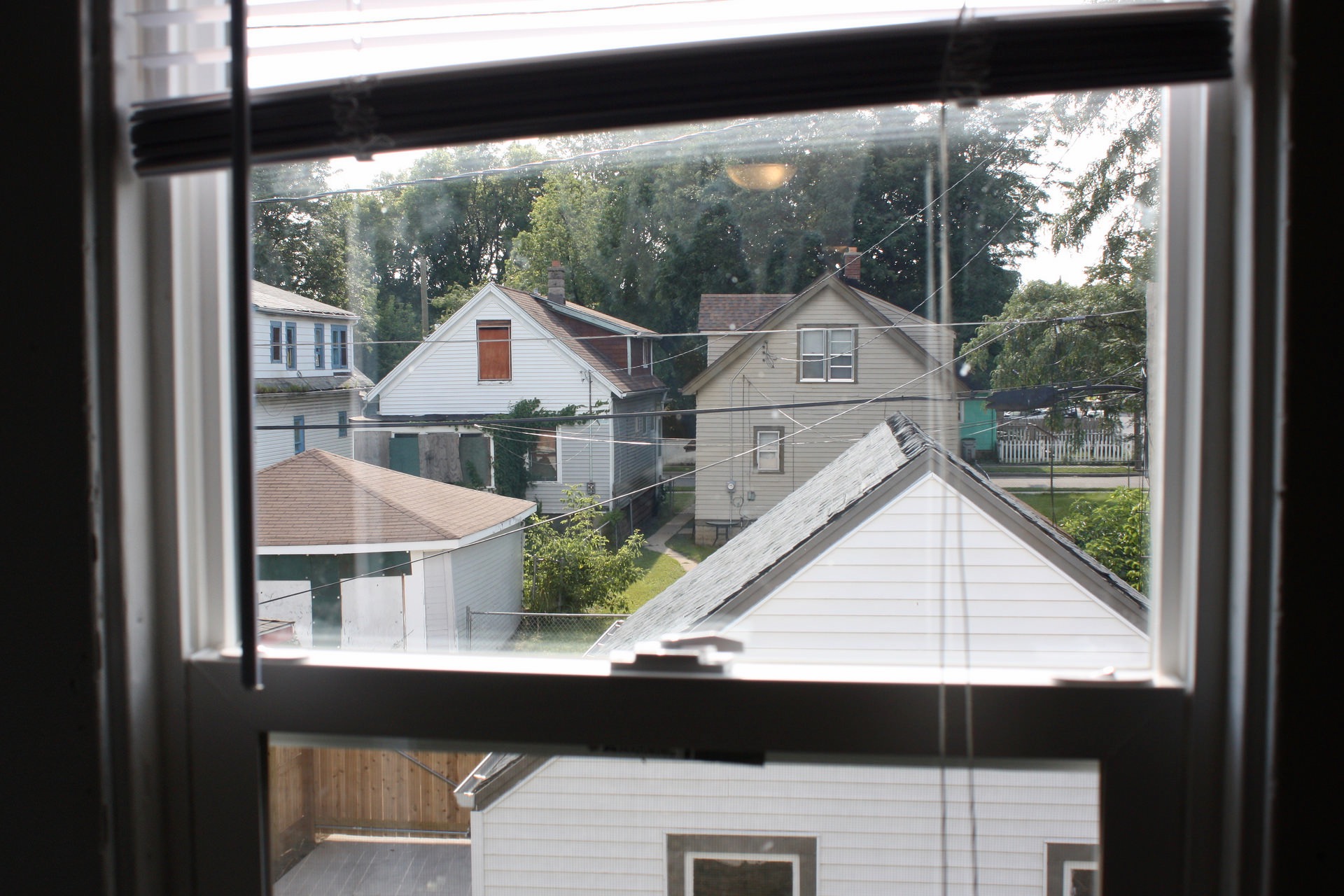 A soon-to-be-renovated foreclosed house on the 3200 block of 42nd Street can be seen from the window of the first completed MERI home. (Photo by Jabril Faraj)

The City of Milwaukee is touting the early success of a program in Sherman Park meant to renovate foreclosed homes and put unemployed individuals to work. However, progress has been slow and it is still uncertain whether the program will be able to meet its goals, according to community leaders and a participating developer.

The Milwaukee Employment/Renovation Initiative (MERI) launched in January to intense criticism from neighborhood residents, who had hoped to take part by purchasing homes for $1. MERI allows developers who purchase five or more homes to buy each home for $1; developers could receive as much as $10,000 from the city in exchange for employing at least one unemployed or underemployed individual. The program is funded by $1 million of state funds, part of a nationwide settlement with Volkswagen.

Originally, the goal was to renovate 100 homes in “Greater Sherman Park,” an area bounded by Lloyd Street, Capitol Drive, 60th Street and 20th Street. The investment, Department of City Development (DCD) officials said, was in response to unrest that occurred in the neighborhood last fall.

Jeff Fleming, a DCD spokesperson, said “ambitious deadlines” requiring developers to have work completed and submit documentation for reimbursement by March 2018 have been pushed back to the end of the year. 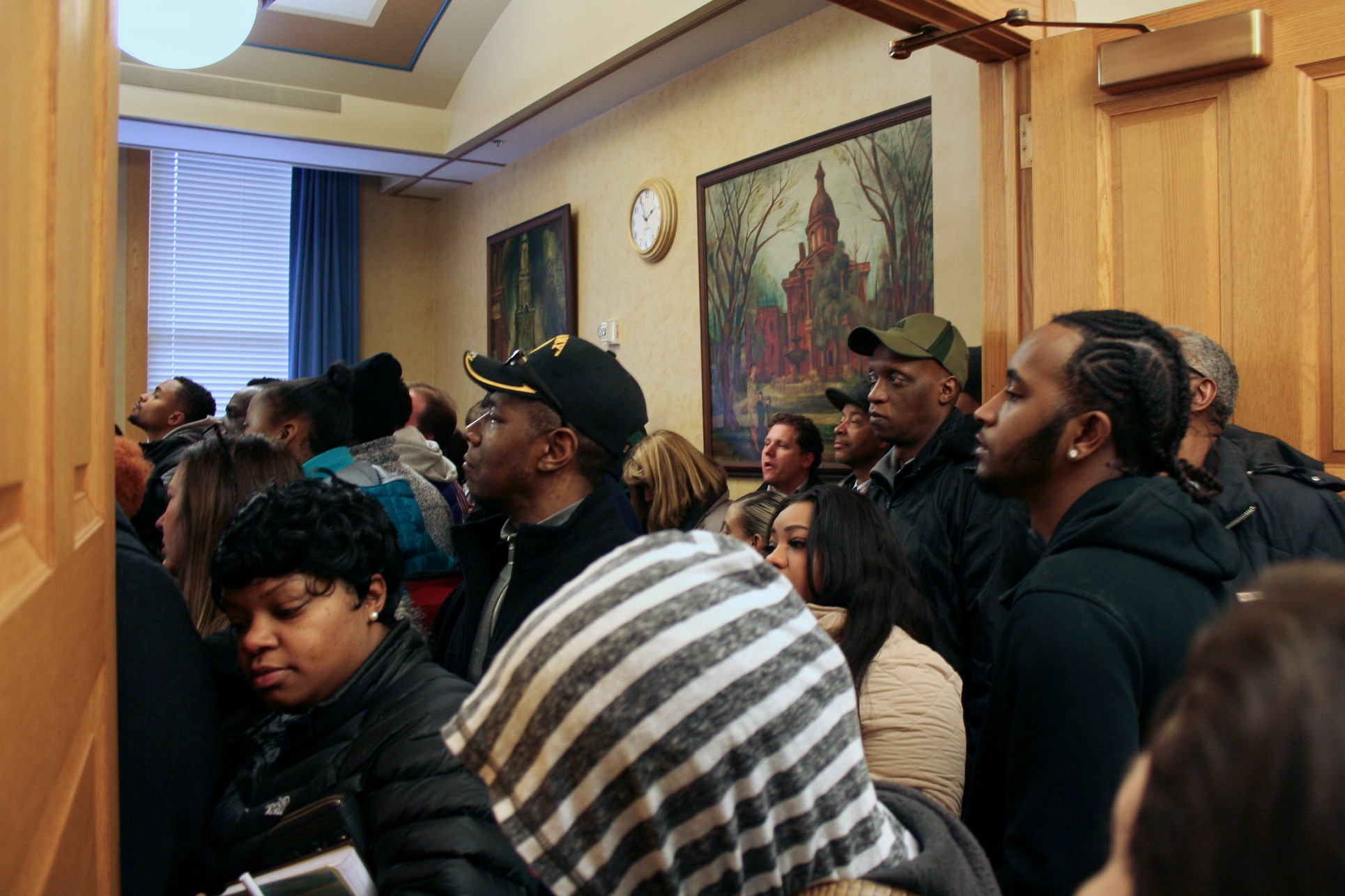 City should do more to publicize homebuying opportunities, residents say

The city has programs to help prospective homebuyers purchase and rehabilitate city-owned foreclosed properties, but could do better at getting the word out.
[Click to read more]

“The feedback we got from the developers was that [the deadline] was not realistic,” he said. “This is a complicated process.”

So far 23 properties have been sold to developers. The city has reserved 55 additional residences for purchase, which are not being marketed elsewhere.

Six developers have been selected for participation in the program: Gorman & Company, Strong Blocks, Ezekiel Community Development Corp., Advance Investors, LLC, T.E. X LLC and CUBE Development/FIT Investment Group. Only Strong Blocks (20), Ezekiel (two) and Advance Investors, LLC (one) have purchased homes; Gorman is finalizing plans to purchase 38, and hopes to do so within the next month.

Strong Blocks has made the most progress so far, recently completing the initiative’s first renovation. But the organization, whose mission is to move renters into homeownership, has struggled to identify unemployed or underemployed individuals qualified to work on the project. Strong Blocks President Carl Quindel said seven or eight individuals have been employed on the 17 or 18 projects the company has underway.

Barry Givens, board president of the Sherman Park Community Association, said he has not gotten any information regarding the program’s progress and would like to “delve into it more.” Givens added, “It does not appear that this thing is getting off the ground.”

Vaun Mayes, a Sherman Park resident and founder of Program the Parks, also said he has not heard anything about the program’s progress.

According to the MERI Request for Qualifications (RFQ), developers must employ an unemployed or underemployed individual. That person must be referred by a local construction trades program; a city-run transitional jobs program, Compete Milwaukee; or be certified under the city’s Residents Preference Program (RPP). The individual must be employed for at least 500 hours for the developer to receive the maximum grant amount of $10,000.

Quindel acknowledged that his company was not fully equipped to identify and hire those individuals and may not receive the full reimbursement for every home. He added, however, that Strong Blocks will be hiring three to four maintenance technicians who may be able to make up hours on some projects where the requirement has not been met.

He added, “You have to start somewhere.”

Bradley, who grew up in the central city and currently lives near 76th Street and Hampton Avenue, said Strong Blocks utilizes small contractors based in North and South Side neighborhoods. 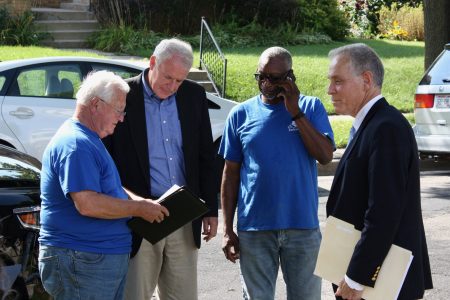 In addition to the staffing issues, Quindel said the scope of work on some homes Strong Blocks purchased has been greater than anticipated. “We basically ended up having to gut” some of the homes, he said.

He added, “I have to use the contractors that are going to get the job done quickly, efficiently, as well as affordably.”

Gorman plans to employ 40 formerly incarcerated individuals. Once the company closes on the homes it has reserved, it will work with Northcott Neighborhood House to identify workers, according to Gorman’s Wisconsin Market President Ted Matkom.

Ezekiel began construction on its first home this month. The organization will employ at least four hard-to-employ individuals on every home, according to President Don Utech.

For Ezekiel, which has previously bought and renovated 18 properties, “every house is a classroom,” Utech said. He noted that the organization is able to employ more trainees because it is a nonprofit, and training individuals on the job takes time and money.

Trainees, many of whom come to Ezekiel through the Milwaukee County House of Correction, will learn carpentry, electrical and plumbing work.

David Sheehan, who lives near 59th and Center, spent three months in prison for an assault conviction. He was released in February and has been working with Ezekiel since. Sheehan, who had some informal training previously, is now a licensed electrician. He called the opportunity “a blessing” and encouraged other ex-prisoners to get involved.

Ezekiel has three additional homes reserved and plans to purchase five more, for a total of 10. “We’re trying to stop this pipeline to prison and create a circle of prosperity,” said Vice President and Lead Trainer Jim Gaillard.

Mayes said the hiring process must be documented and that the city needs to do a better job of communicating who the individuals are that are being hired, where they live and what their stories are.

“If the employment numbers aren’t there, there needs to be some explanation as to why they aren’t hiring people they promised to hire,” Givens said.