You are here: Home / Home / Carousel / School board to vote on sudden closing of Daniel Webster Secondary School
Share this... 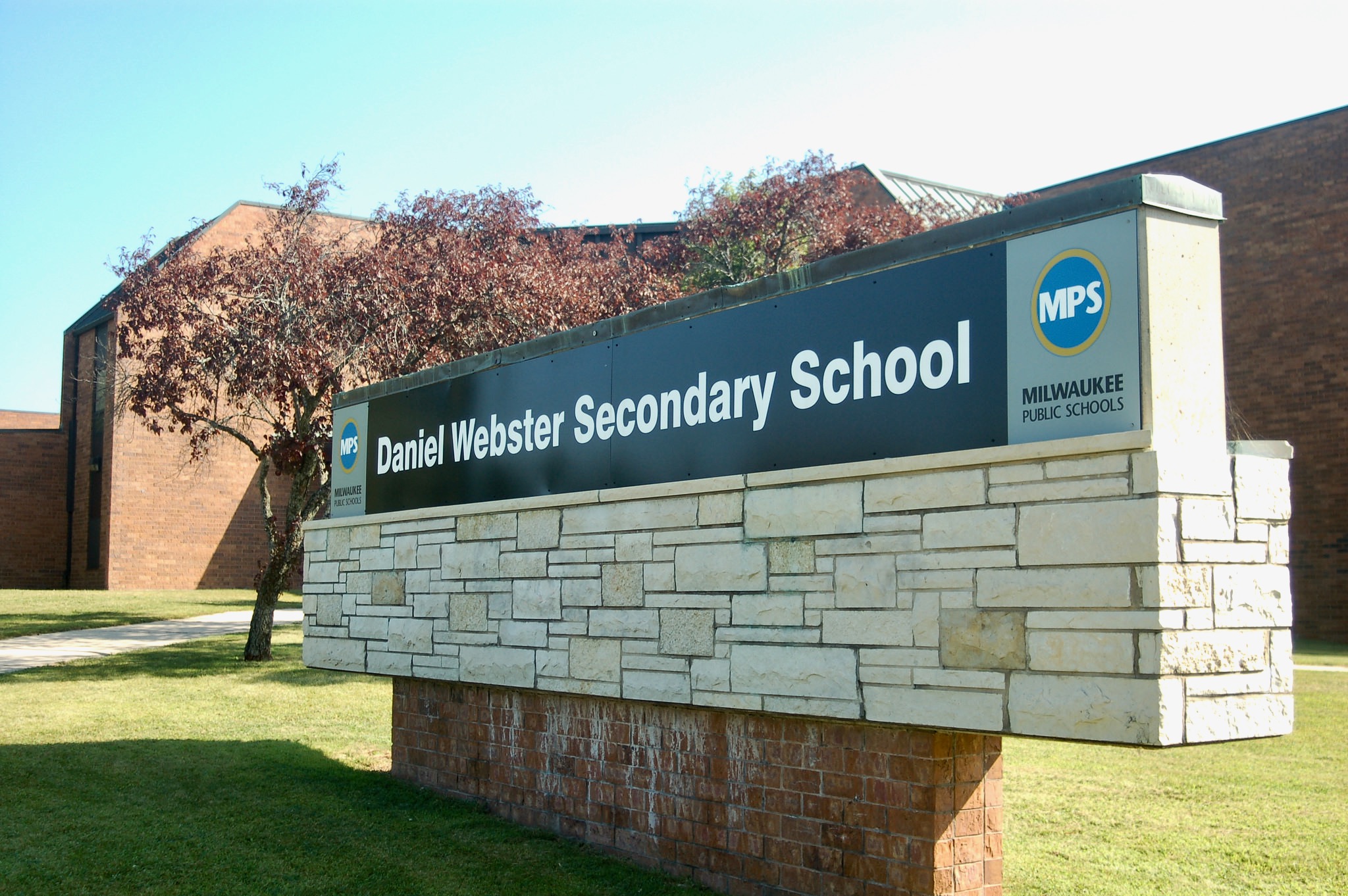 Tuesday started out like many days at Daniel Webster Secondary School, 6850 N. 53rd St., according to Spanish teacher John “Marty” Hagedorn. During the morning staff meeting teachers were told to keep up the good work and informed that 75 new students had been enrolled in the past two weeks. By seventh hour, said Hagedorn, district employees walked into his classroom and began to unplug the smart board and collect laptops from students.

An hour later students were handed a letter as they boarded buses — Daniel Webster Secondary School would be closed at the end of the week, pending approval by the school board, it read.

The letter from Milwaukee Public Schools (MPS) cited low enrollment — the school is only at 40 percent capacity of projected enrollment for the year — as the reason for closure. The school board will take a vote on the issue during its regular monthly meeting although, according to Hagedorn, it seems as if the issue had already been decided.

“The administration has taken over the library and [is] using it so principals can come in and sell their school to students and staff,” said Hagedorn Wednesday. “By the time the vote is taken, half the school will be gone. That doesn’t sound like how the system is supposed to work.”

According to the letter from MPS, students would be offered enrollment at other MPS schools, while all staff at Webster would be placed in other open positions in the district. The district was offering support for parents and students Wednesday and it also will be available Thursday. One teacher at Webster, who was in the process of loading her belongings into her car Wednesday morning, was told that staff reassignments were to begin later that day. The reassignments would be effective Sept. 5, according to the letter.

In order to vote on closing the school, the district is requesting a waiver of an administrative policy that mandates the board “take action prior to December 31 on specific schools that will be closed the following year.”

Hagedorn, who began teaching at Webster when the school year began three weeks ago, said he’s upset by the process the district is using to close the school. He’s also disappointed for students, many of whom stuck around after the controversial charter school Universal Academy for the College Bound Webster Campus closed abruptly in April 2016, with only two months left of class.

“These kids were abandoned last year and MPS assured them it wouldn’t happen again, but it is,” Hagedorn said.

MPS took over the school last year after Universal ceased operations, running it first as a charter and then as a traditional MPS school this year. MPS Superintendent Darienne Driver issued the following statement about the closing.

“MPS is committed to ensuring that all children have the highest quality education possible and every chance for success. Webster’s enrollment was not sufficient enough to provide the robust academic programs every student in Milwaukee Public Schools deserves. This was a difficult, but necessary decision,” Driver said. The district is exploring the opportunity to expand current “popular programs” to the Daniel Webster school building, according to the statement.

When asked what criteria the district is using to decide when to close a school due to low enrollment, Andy Nelson, media manager for MPS, said programmatic factors are considered and each situation is unique. He added that enrollment at the school had dipped to 200 from 650 last year. Nelson declined to answer a question about whether the district would consider selling the Daniel Webster building, which is located on the city’s Northwest Side, to a non-MPS entity.

There were some violent incidents at the school last year, including a fight in May in which several staff member were struck and three students arrested, but teachers and students were working to turn things around, Hagedorn said.

“We had things working here,” he said. “The district had been here for two straight weeks updating and modernizing the building and bringing in new materials, which we were excited about. How could they just pull the plug?”