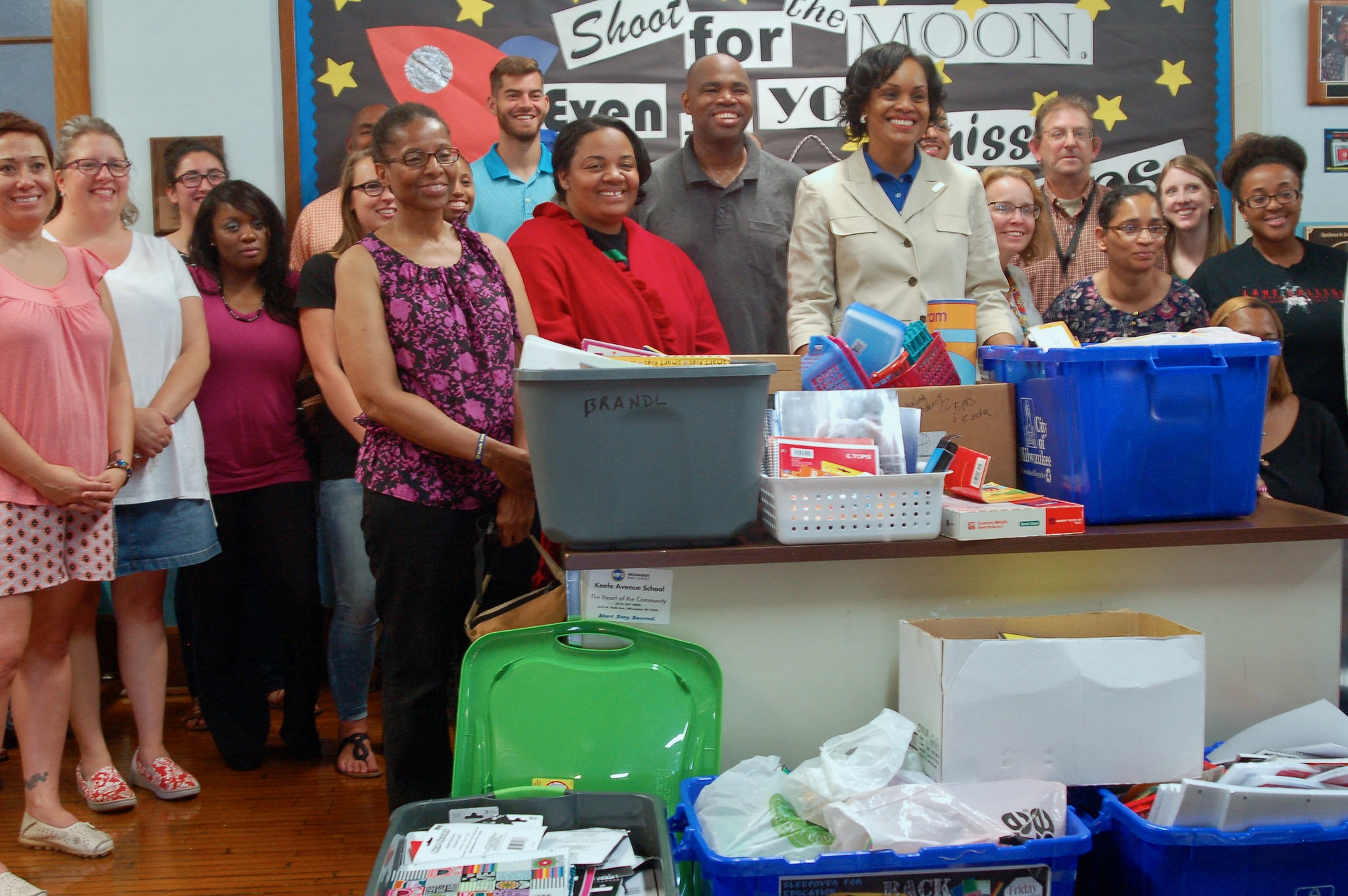 Young students aren’t the only ones with back-to-school shopping lists.

When the Keefe Avenue School teachers came back to prepare for the upcoming year, they arrived to empty classrooms — no paper, pencils, hand sanitizer or art supplies. Like many teachers, they stock their classrooms with these basic supplies using money out of their own pockets.

That’s why dozens of teachers, paraprofessionals, social workers and others at Keefe were so appreciative when Alderwoman Milele Coggs and Tracey Dent, Peace for Change Alliance founder and president, delivered several boxes of supplies donated by the community during the Bronzeville Week Sleepover for Education on Aug. 11.

The staff took a break from preparing for Sept. 5, the first day of classes, and gathered to receive the donation.

Keefe, a K-8 school, is located on 16th Street and Keefe Avenue, in the 6th District, which Coggs represents.

“Some kids come to school without supplies, so hopefully this will help put a dent into what they (teachers) have to do,” Dent said. “It’s something that is very much needed, especially because they keep getting their budgets cut. It’s going to be a hard year for them.” 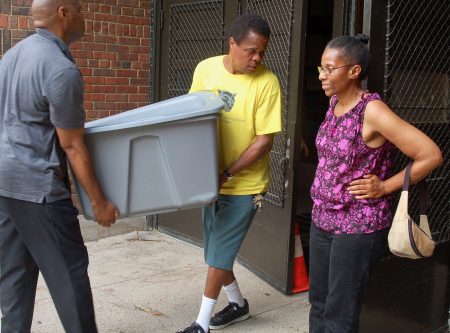 Newly appointed Keefe Principal Christlyn Frederick Stanley said she hasn’t had a chance yet to look at her budget, “but already I’ve been told, ‘You don’t have a lot of money.’ So any dollar that we can spend not on typical school supplies but that we can then utilize for something else means a lot to us.”

The donation is especially important to Stanley and her staff because it is directly from the community, “from parents and others who are right there in it with us, because they’re the ones that are sending us their children,” she said.

Pamela Davis, who teaches first- through fourth-grade special education, said she’s thankful for the donations. She has already spent $135 of her own money on supplies this year.

When Davis started teaching several years ago, she was shocked by how many classroom necessities she was responsible for purchasing. “But I understand. Times are hard for people,” she said. “It’s hard as a single parent — and a lot of these kids come from single parent families — for a mother to spend, or even have, an extra $200 to buy school supplies.”

Fifty to 60 percent of the sixth grade will arrive on the first day exactly as they are — no backpack, no notebook, no pencil — teacher Aruna Halala predicted. “All of that comes from somewhere, and there’s a misconception out there that everything is given, especially in the public domain,” she said.

Both Halal and Davis said it’s common for them to spend $600-700 each during the course of the year on classroom supplies.

As weeks and months go by, more supplies are needed. Kids leave notebooks and pencils at home, some transfer to a new school, some enroll halfway through the year.

This is why PCA aims to organize another drive later in the year, maybe around November, Dent said.

“Come second semester, it starts all over again. They need supplies, and not too many people think about that.”

Halal said she hopes to see more organizations and corporations willing to become allies with teachers. “It’s going to take more working together. It may seem like just paper and pencils, but it’s going to open up a floodgate of a whole bunch of other opportunities.”

Small investments in students today can make a world of a difference in the future, Davis said. “These are your future doctors and lawyers and your future teachers. If you can give them a pencil and a pen, you don’t know what kind of creativity you’re bringing out of a child.”