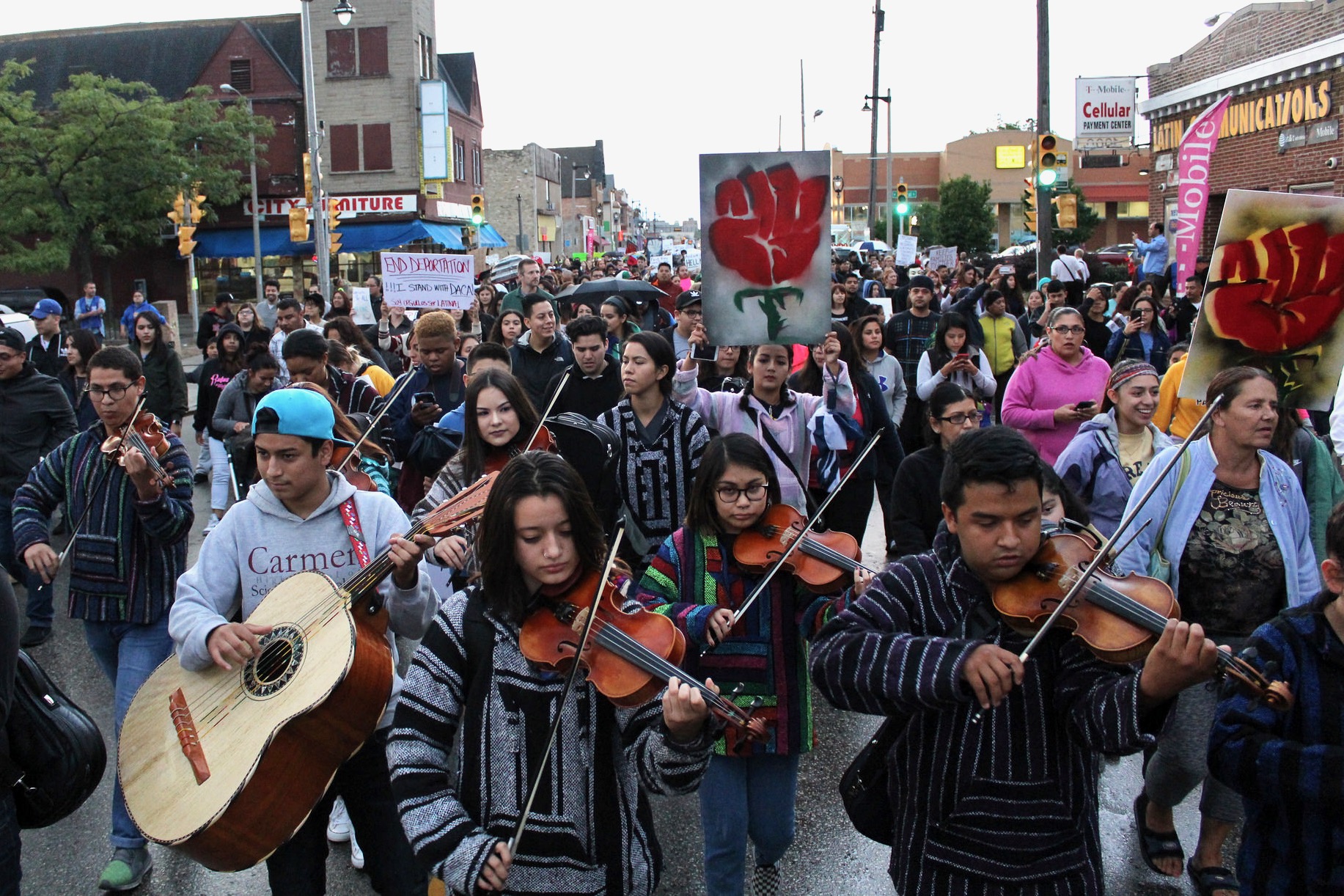 As rain momentarily subsided, Denis Montero, 26, a sophomore studying economics at MATC, stood stone-faced in the middle of Walker Square Park, 1031 S. 9th St., pondering his past and his future.

“I’ve been through a lot in my life already, so I guess you could say I have a hard shell. But, I woke up in the middle of the night yesterday really stressed out and wondering if I’m going to be able to finish school or even keep working,” Montero said.

Montero was among thousands who gathered Wednesday at Walker Square Park for a rally to support those affected by the Trump administration’s decision to end the Deferred Action for Childhood Arrivals (DACA) program, The Obama-era policy allowed an estimated 800,000 undocumented immigrants nationwide who entered the country as minors  — including many from Milwaukee such as Montero — to receive renewable two-year protection from deportation, as well as work permits. They are often referred to as “Dreamers.” 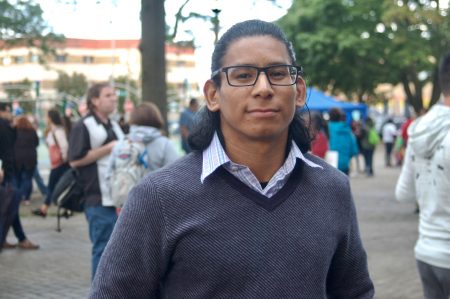 Denis Montero, 26, received DACA status in the fall of 2012. (Photo by Edgar Mendez)

Earlier that day Trump announced the end of DACA, preventing the Department of Homeland Security from accepting new applications, while challenging Congress to replace the program within six months. Phasing out of the DACA will begin on March 5. Once it is phased out, DACA recipients will face deportation.

Members of the Young People’s Resistance Committee (YPRC), who organized the rally, community leaders and others are demanding that Congress and the White House take immediate action to create a path to legalization for the estimated 11 million undocumented individuals in the U.S.

“We will not stand still as Trump and the politicians in Washington continue to play with our lives and the lives of our immigrant people,” said Maricela Aguilar Monroy, a YPRC leader and DACA recipient. The YPRC is a grassroots organization led by local youth that supports immigrant, student and worker rights.

YPRC chair Isa Cortes, a community arts student at University of Wisconsin-Milwaukee (UWM), said at the rally that although she isn’t a DACA participant it was important to show support.

“I have a lot of friends and family members who are worried now and wondering what will happen six months from now. I want them and others who are undocumented to know that although this is a hard hit, as a community we will continue to struggle and fight for the right for all to become legalized citizens,” Cortes said. 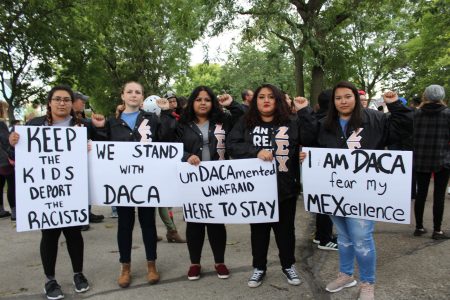 (Photo by Emmy A. Yates)

“Ending DACA is cruel, heartless and wrong. … Since the president and his administration lack the integrity to keep their promises to our nation’s children, I call on Congress to defend DACA and protect our Dreamers. Speaker [Paul] Ryan and the GOP-controlled Congress must do the right thing, and pass a clean piece of legislation that protects these Dreamers.”

Ryan also issued a statement on the DACA decision.

“However well-intentioned, President Obama’s DACA program was a clear abuse of executive authority, an attempt to create law out of thin air. … Congress writes laws, not the president, and ending this program fulfills a promise that President Trump made to restore the proper role of the executive and legislative branches,” stated Ryan.

One of them is the daughter of Sylvia Rivas, 40, who said her other three children were born in the U.S. Her daughter, whom she chose not to name, graduated with honors from Bruce Guadalupe Community School, located across the street from where the rally was held, and is involved in music and sports in college, Rivas said.

“I’m scared she won’t be able to finish achieving her dreams.”

Montero said the large showing at the rally and the community support makes him feel much more optimistic about the future. He said he hopes what started as a negative for DACA supporters will eventually become positive.

“It’s time for the issue of immigration to be dealt with and for all undocumented people to be offered citizenship. Not just students but everybody. Our parents can’t be left behind either,” he said.