You are here: Home / News / Arts and Recreation / ‘That’s What She Said’ podcast provides proud, black, female voices
Share this... 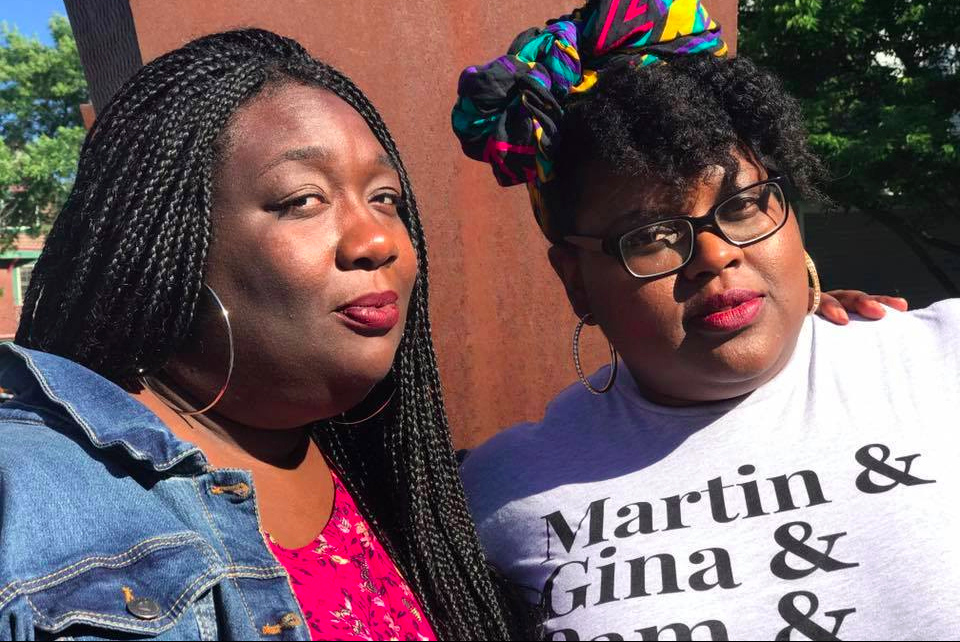 Tracey Corder, left, and Shavonda Sisson are the hosts of “That’s What She Said,” a podcast focusing on race, sexuality and pop culture. (Photo courtesy of Shavonda Sisson.)

If you’re lucky enough to know of Shavonda Sisson and Tracey Corder, chances are your curiosity will push you to ask them for their thoughts on something that’s been on your mind.

The Milwaukee natives are the hosts of the podcast “That’s What She Said” — a weekly-ish show that in its typical 90-minute run time will feature a flurry of subjects that range from race in America to relationships, sexuality, pop culture, local news and more. Corder now lives in Oakland while Sisson still resides in Milwaukee.

What started two years ago as a show listened to only by friends has gained a small but enthusiastic fan base. No doubt fans are drawn to the show by how happy Sisson and Corder are to flaunt their blackness and femininity — two qualities they say are in short supply in today’s media landscape.

“It was really about wanting to make sure we had a voice,” Corder said. “Folks don’t hear our stories and so we wanted to make sure people could hear directly from us, what we were feeling and experiencing.”

Corder, 33, and Sisson, 37, who go by Tee and Von on the show, met two years ago when a mutual friend inserted the two into a Facebook group chat about Milwaukee politics. The two quickly realized they liked each other’s style and within months launched the podcast, which debuted crudely with the two speaking over the phone. 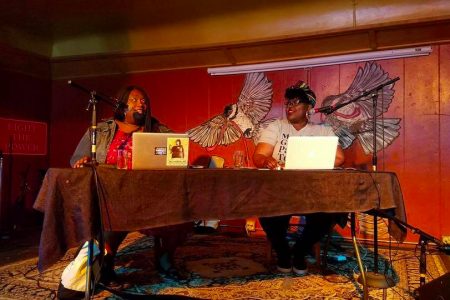 Tracey Corder, left, and Shavonda Sisson started the “That’s What She Said,” podcast two years ago to fill a void of black, female voices in media. (Photo courtesy of Shavonda Sisson.)

Neither had much of a background in radio or podcasts. Corder, a racial justice campaign organizer for a national nonprofit, had appeared briefly on Riverwest Radio in the past. Sisson, a client relations associate for the Nonprofit Center of Milwaukee, had once tried her hand at starting a podcast, which flamed out fast.

The two still produce the show on their own today, where they have graduated from the phone, but occasionally run into audio issues (“If we could just overcome those sound issues I feel like we would be winning Emmys for podcast production,” Sisson joked).

Nevertheless, the show is now on four platforms (SoundCloud, iTunes, Stitcher and GooglePlay) and the two have cultivated a following — the show’s Facebook page has 2,000 followers — for their unequivocal and unapologetic opinions that you probably wouldn’t hear from mainstream or white media outlets.

In past episodes they have discussed their lack of faith in white women. They have debated how to handle white family members who clumsily discuss racial matters. They have analyzed how open relationships work, criticized the idea that feminist movements should exclude trans women and proclaimed they would no longer watch the NFL with quarterback Colin Kaepernick still without a job after he protested the national anthem last season.

But the show maintains a personal touch. Corder and Sisson often talk about their own relationships — romantic, familial, friendly and other types. And anything that relates to the treatment of people like them — black women — is near to them.

Asked what topic she gets the most satisfaction from, Sisson replied, “Any time we’re standing up for black women and girls.” In their last episode, for instance, Sisson and Corder drew a connection from listening to the music of R. Kelly — who has recently been accused of leading an abusive cult of women — and being complicit in a long history of devaluing and not caring about black women.

“I’ve always been very proud of where we stand on those issues,” she said.

Listening to their podcast will probably boil up some curiosity of your own. A reporter recently asked them to play word association and the two were happy to oblige:

Corder: “We’re here for it, while understanding, at the same time, that this embrace of her getting thicker is not extended to all women.”

Despite their small audience, the show has brought the two an unexpected amount of accountability, they said. Listeners have used their inbox to call them out on inconsistencies and to argue with them. But they welcome that.

“It makes me extend grace to others because I have to confront where I’m inconsistent,” Sisson said. “I have to talk about that, confront that. It’s been a great opportunity to do that in front of other people.”