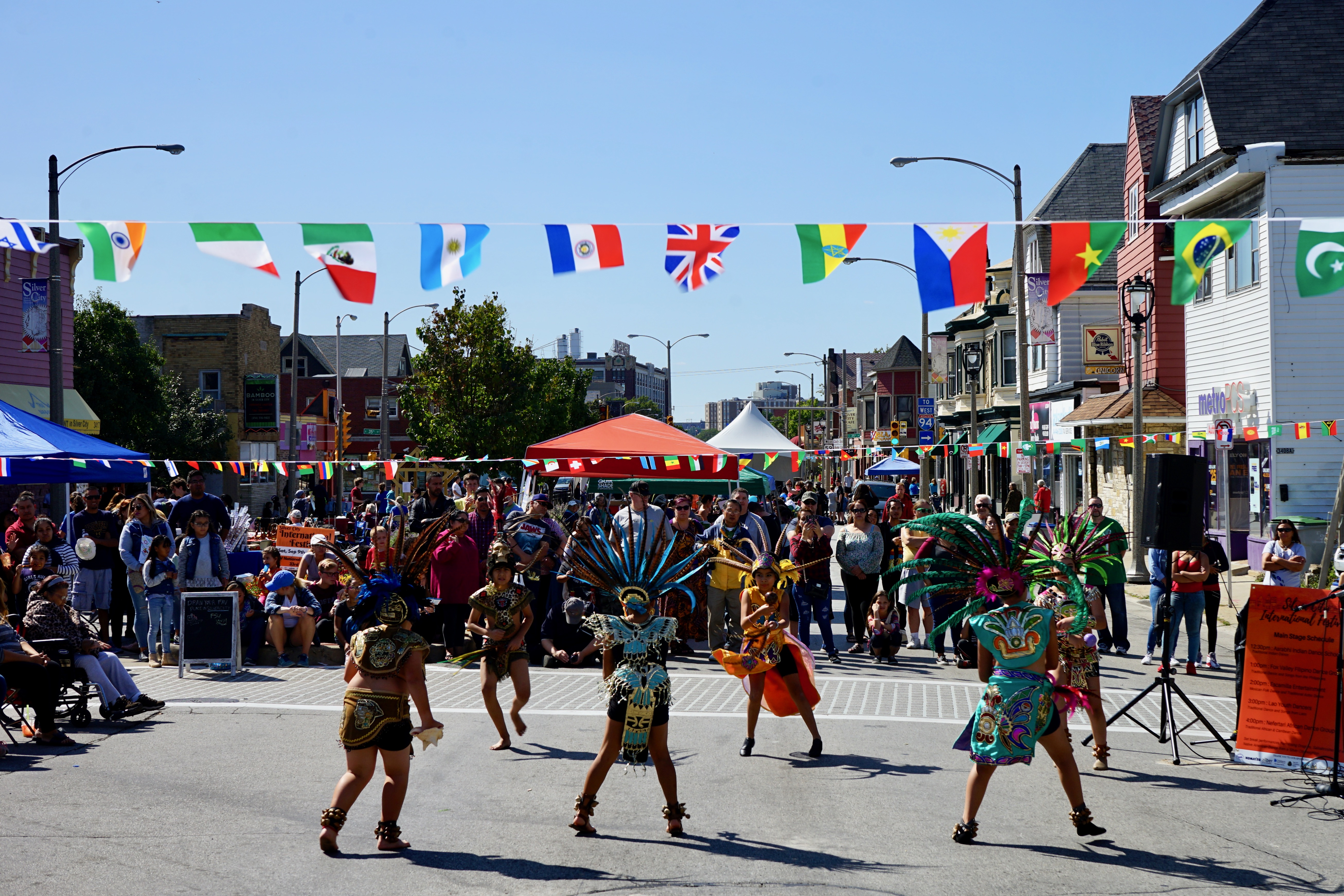 On a warm and sunny September afternoon, hundreds of people gathered along West National Avenue for the sixth annual Silver City International Festival. 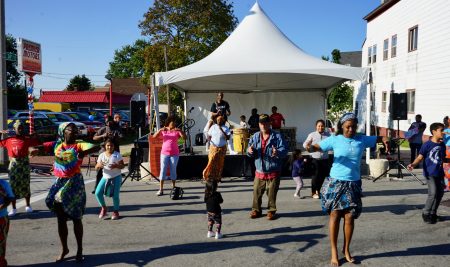 The Nefertari African Dance Company performs at the festival. (Photo by Lydia Slattery)

Gisela Ortega, community outreach coordinator at LBWN, said she was pleased with the turnout of more than 2,000 people, the largest since the event began six years ago.

Therese Toben, an artist who lives in Silver City, set up a table at the festival covered with paints, glitter, markers and other art supplies that she donated. People of all ages gathered around the table to create their own art. Toben was one of many vendors participating in the event.

“This is an art make-and-take. You use what’s available to make art with whatever is available and then you take it home,” Toben said. “It’s always very exciting to watch people in their art process and see them go from a cautious place to an adventurous place.”