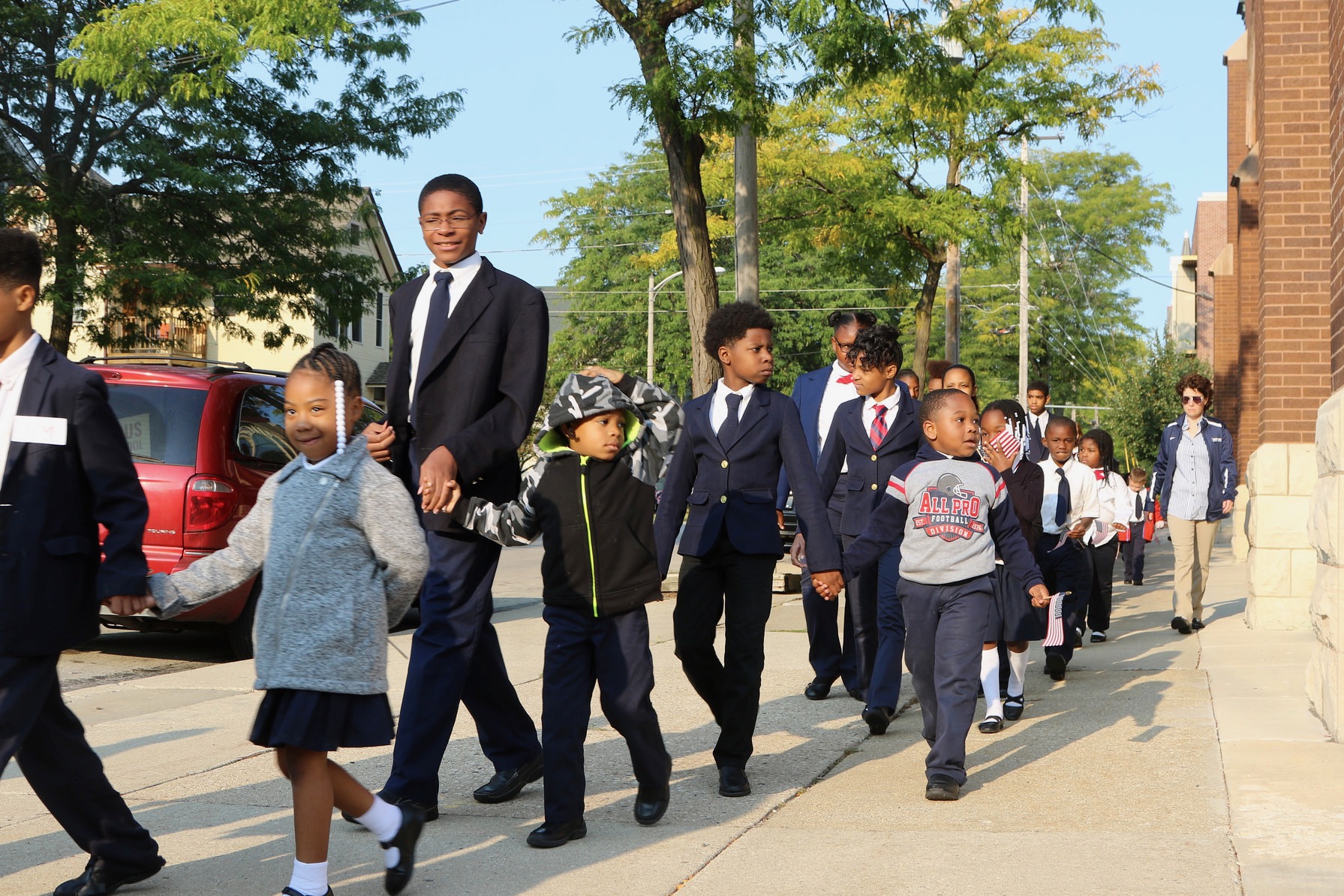 When the fifth-graders at St. Marcus Lutheran School failed to exit their school quietly, Superintendent Henry Tyson had them try again.

The second time around, the fifth-graders, and all of the students following, were completely silent.

Lead by eighth-graders holding hands with kindergarten and primary school students, the group walked from its main campus, located on North Palmer Street, down the block to Milwaukee Fire Station 21. The 930 students gathered around the firehouse to face the assistant fire chief and a line of straight-faced firefighters. 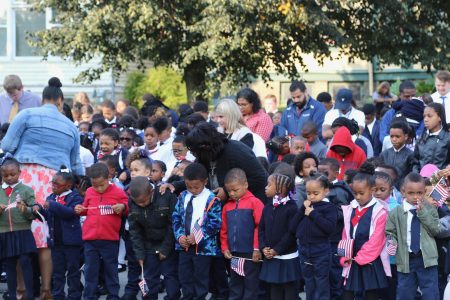 Students participate in a moment of silence as the St. Marcus Church bells are rung. (Photo by Leah Harris)

“I felt uneasy and like I couldn’t breathe because it was so sad and we were recognizing what was happening,” said Cole, a 13-year-old eighth-grader.

Although Cole has taken the short walk from his school to the fire station every year since he was small, it wasn’t until fourth grade that he understood the significance of the moment. “It was when we first saw a photo of a man falling out of a window,” Cole said.

His classmate, Erin, also 13, said since fourth or fifth grade, their classes have studied the details of the day in greater depth. She said they now focus on analyzing 9/11 instead of simply calling it a sad day in history. She said they read articles and watch videos of families of the victims to understand their pain.

But for Erin, the significance of the day didn’t hit until a year or two ago when her mother told her they have family in New York City. “It was a moment for me to realize I should build a relationship with each part of my family,” she said.

Gerad Washington, assistant fire chief, echoed the theme of heroism in his address to the students. “There’s many heroes in the scholars’ lives they don’t recognize are heroes,” Washington said.  He listed parents, teachers and ordinary people as forgotten heroes and encouraged the students to recognize them too.

Washington has been the assistant fire chief at Fire Station 21 for seven years and has worked at the department for 25 years.  Every year since 9/11, he has given a speech. “It’s putting a face to a firefighter,” he said. “It brings it home to have a face there.”

Eighth-grade students reflected on the idea of heroism and many pointed to their mothers as their ordinary heroes.

Jayla, 13, has a single mother. Every day, she drops Jayla off at school and drives to work in Madison. “She keeps fighting to make sure I have food on the table and clothes to wear,” she said. “That’s why she’s my hero.”