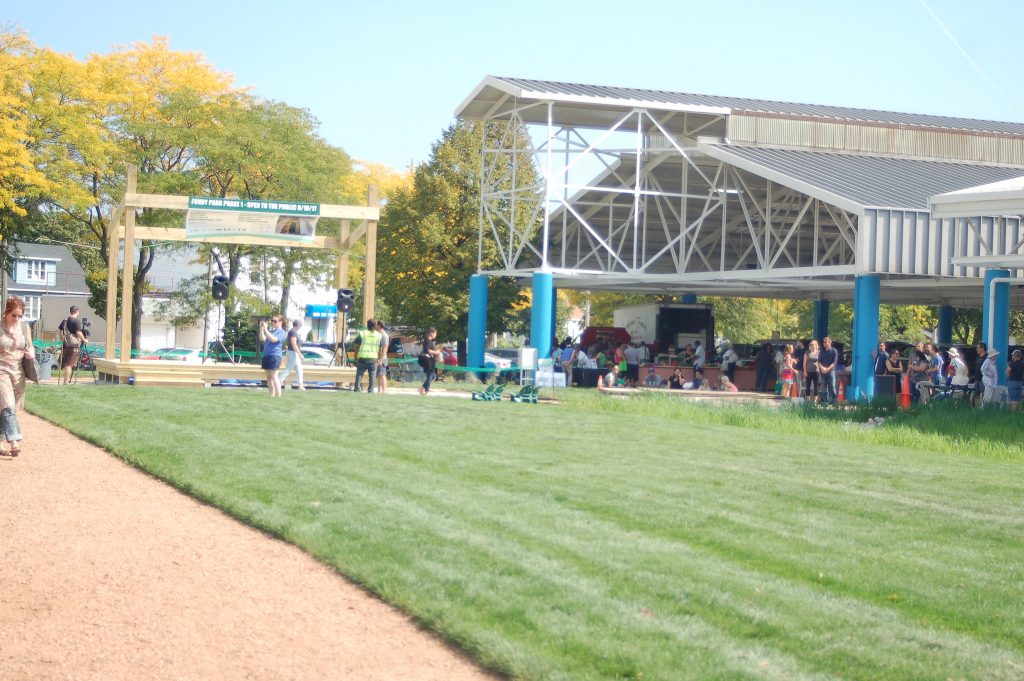 The new park is located on a former empty lot to the north of the market. (All photos by Andrea Waxman) 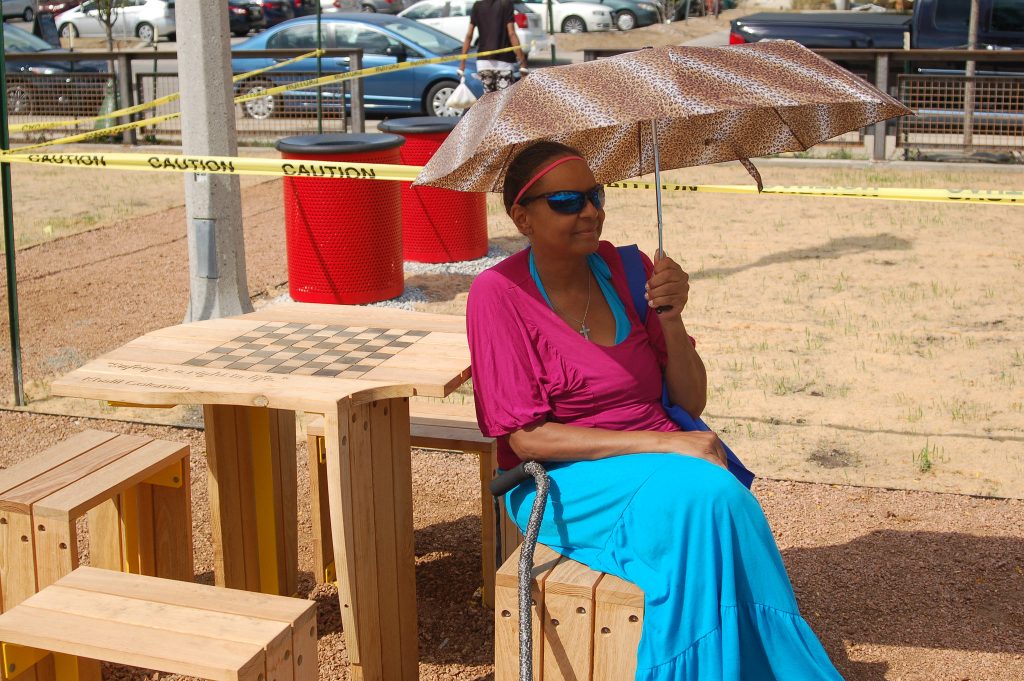 Lindsay Heights resident Brenda Reasby sits at one of the new chess/picnic tables in Fondy Park. 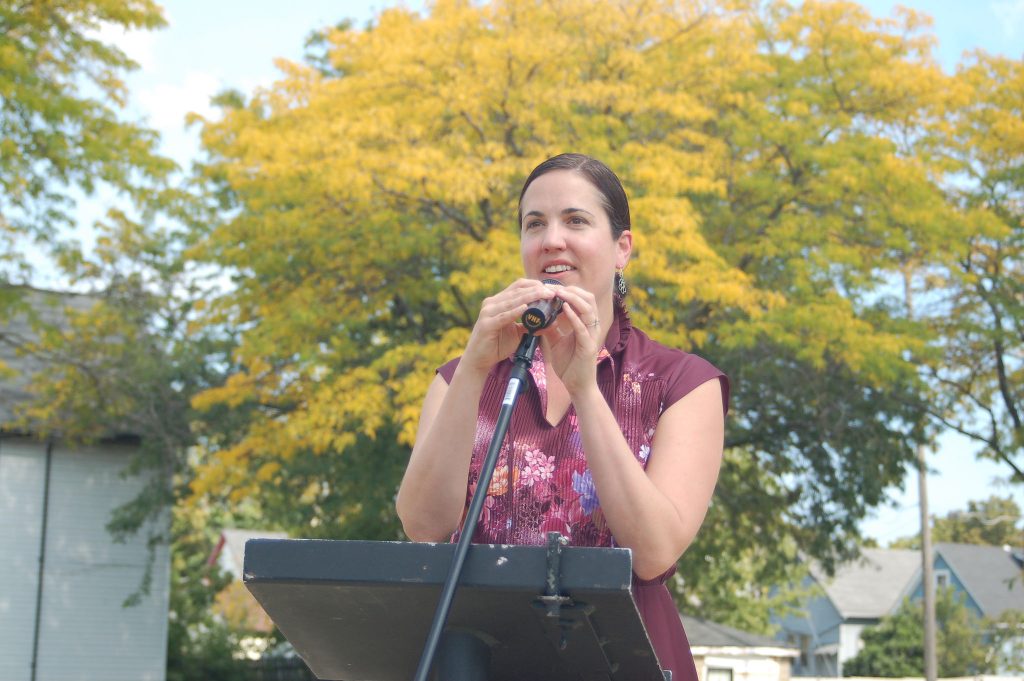 Jennifer Casey, executive director of the Fondy Food Center, welcomes the community to the new park. 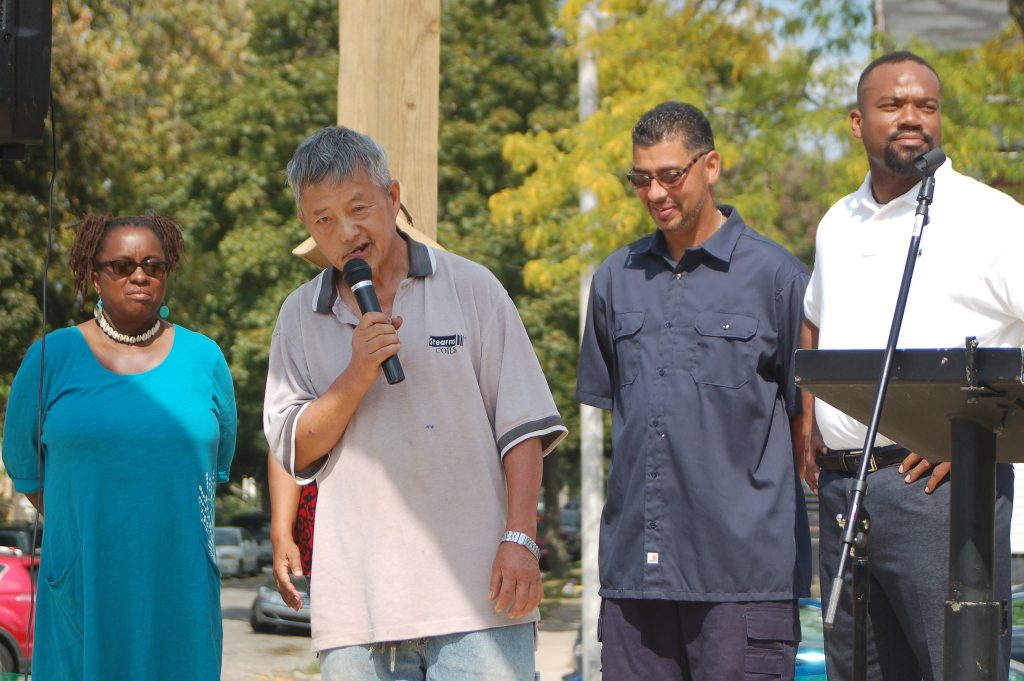 Farmer Chue Vang Lor, who is Hmong, gives a short speech in his native language. 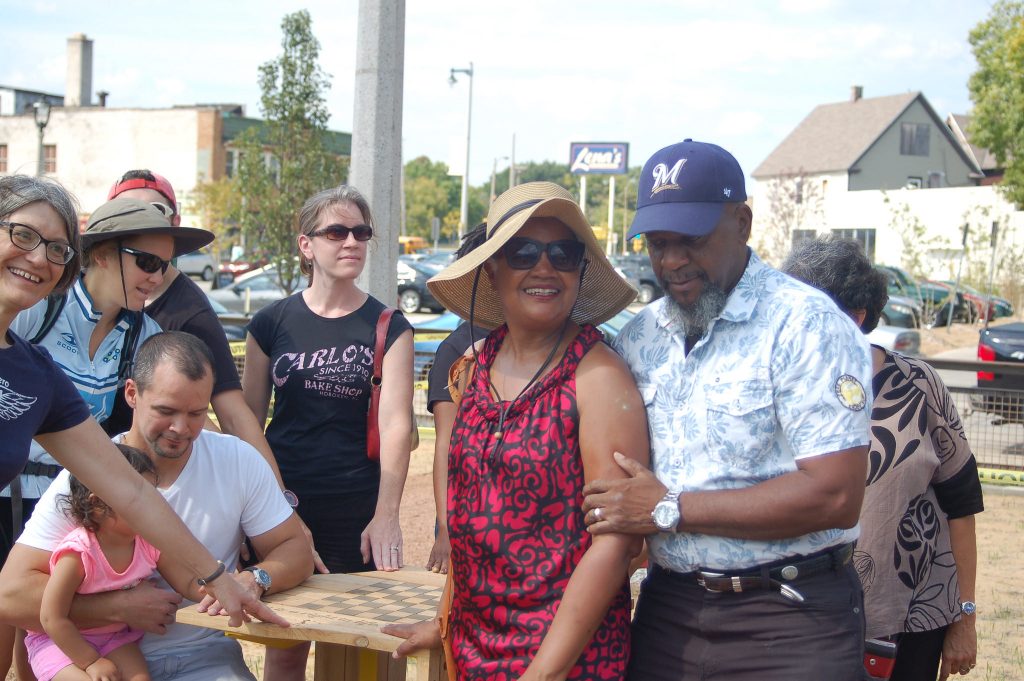 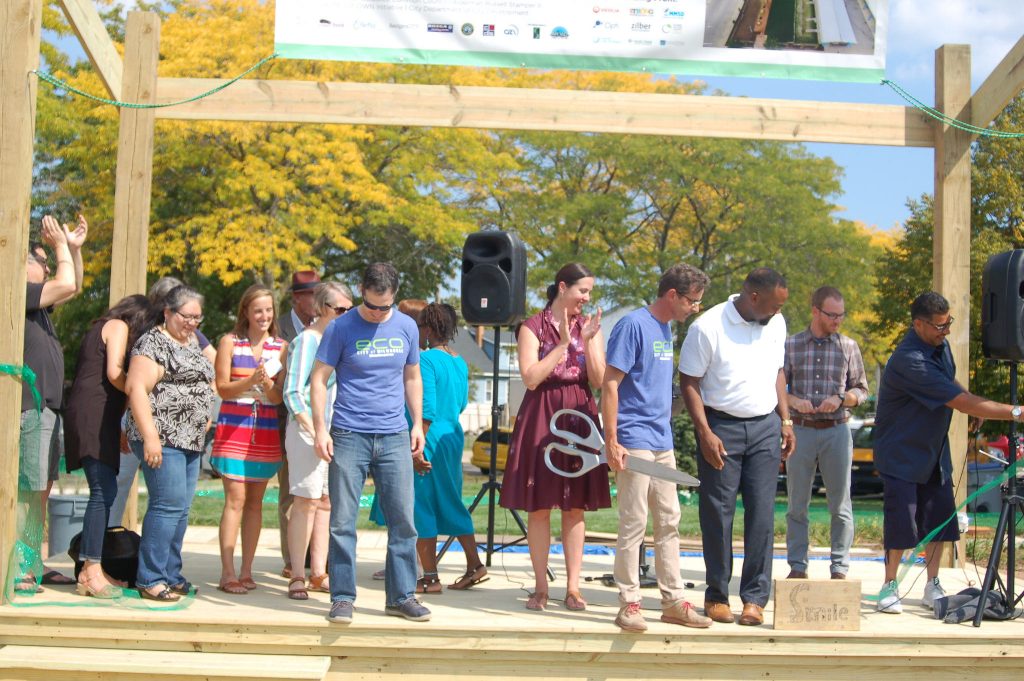 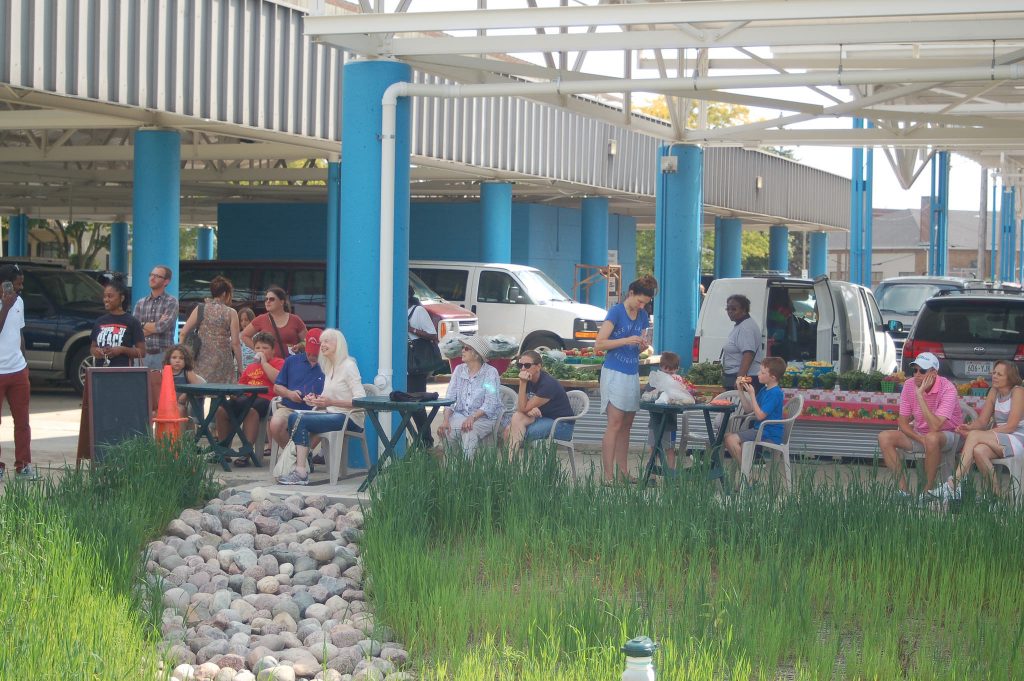 Stones form part of the sustainable water management system in the new park. 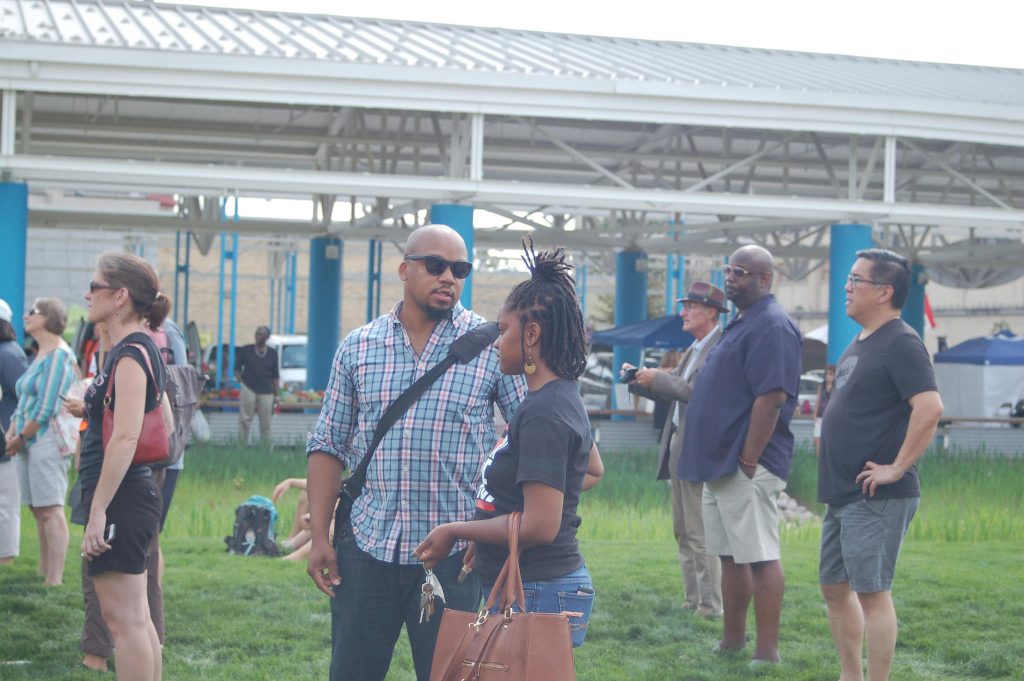 Former Fondy Food Center director Young Kim (right), was among those at the opening. 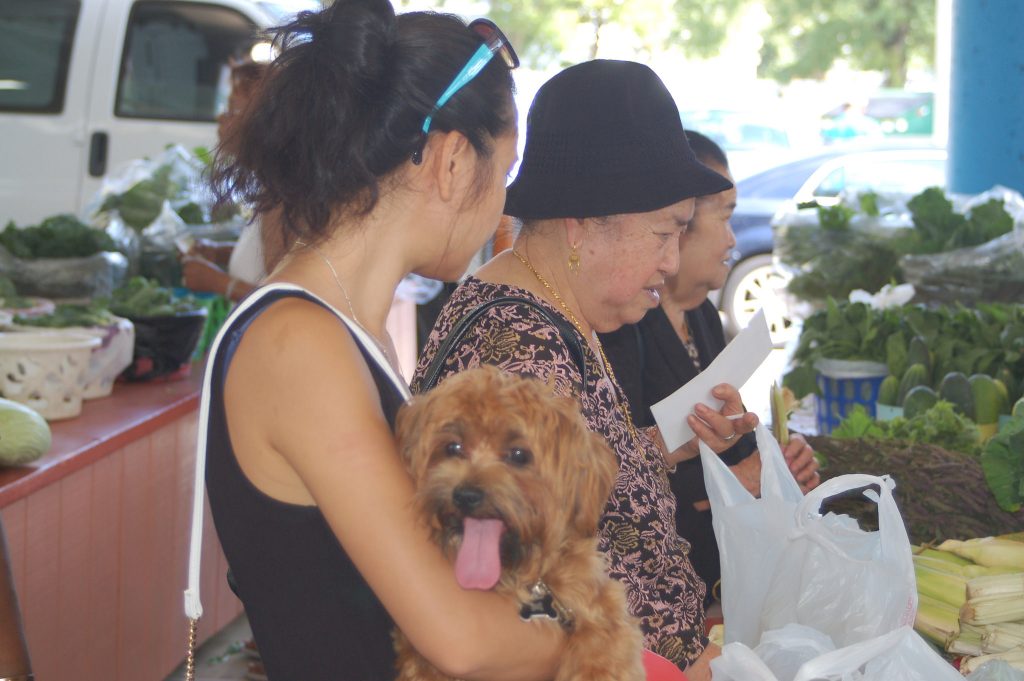 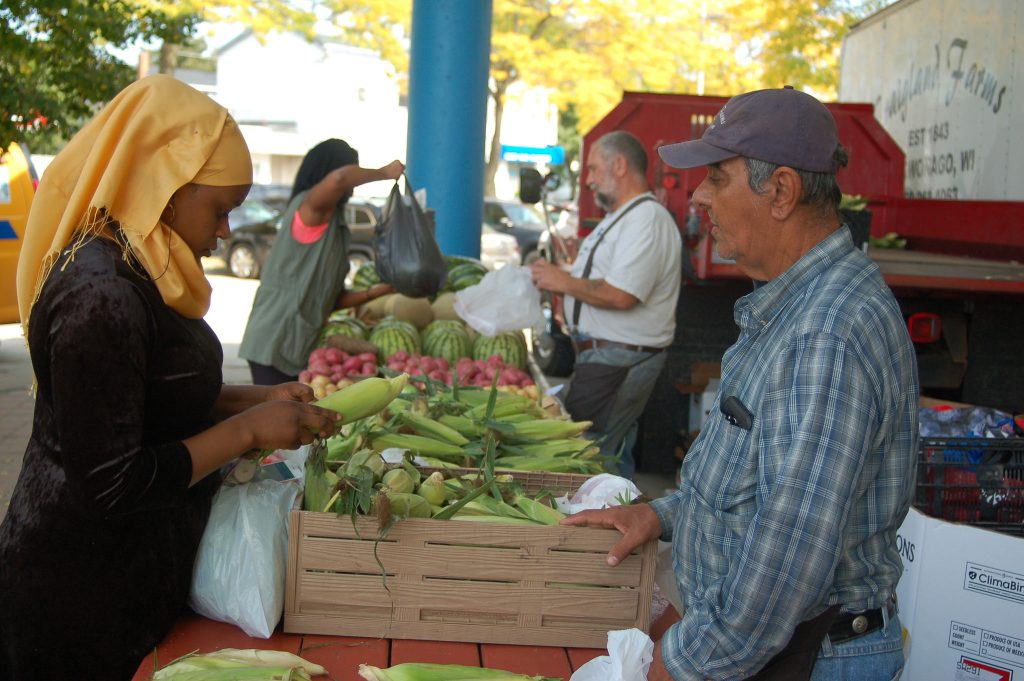 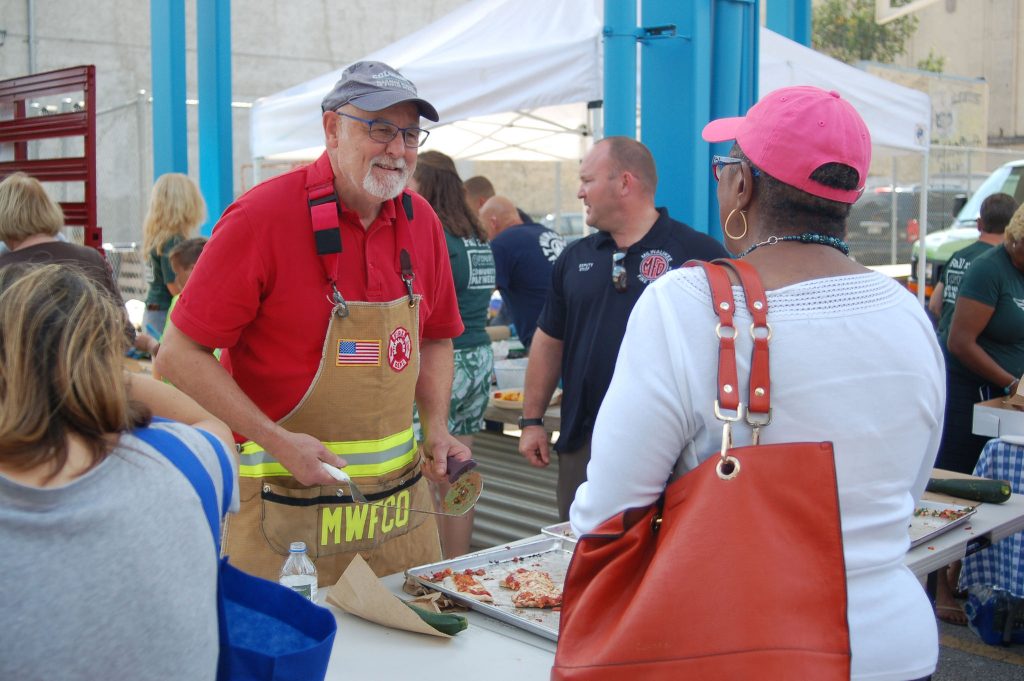 Representatives from the Milwaukee Fire Department made in a portable oven and served them to attendees. 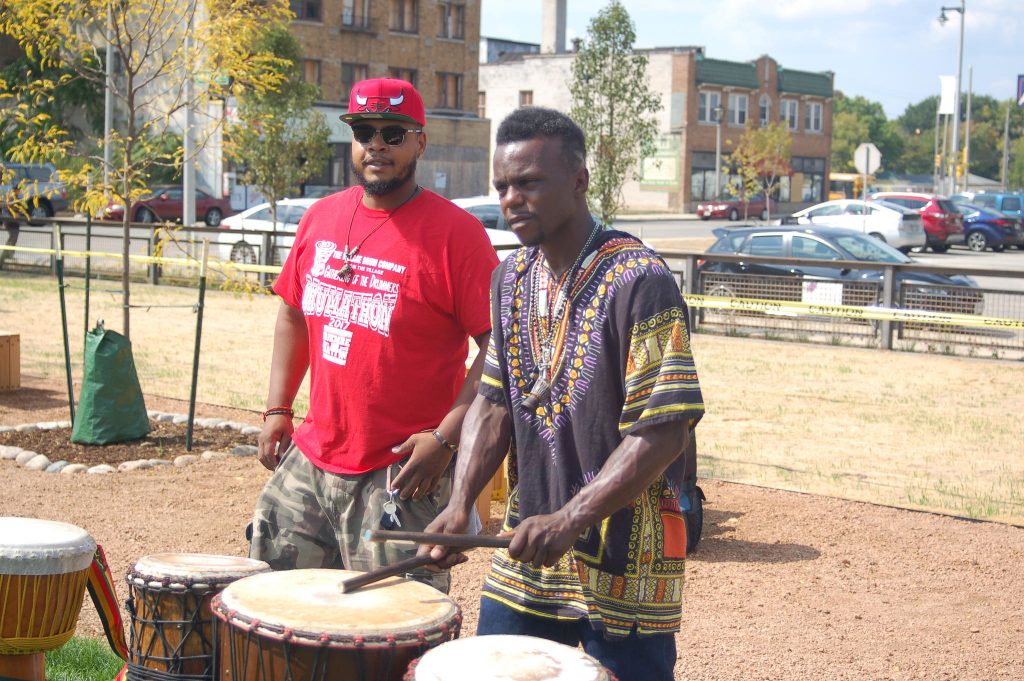 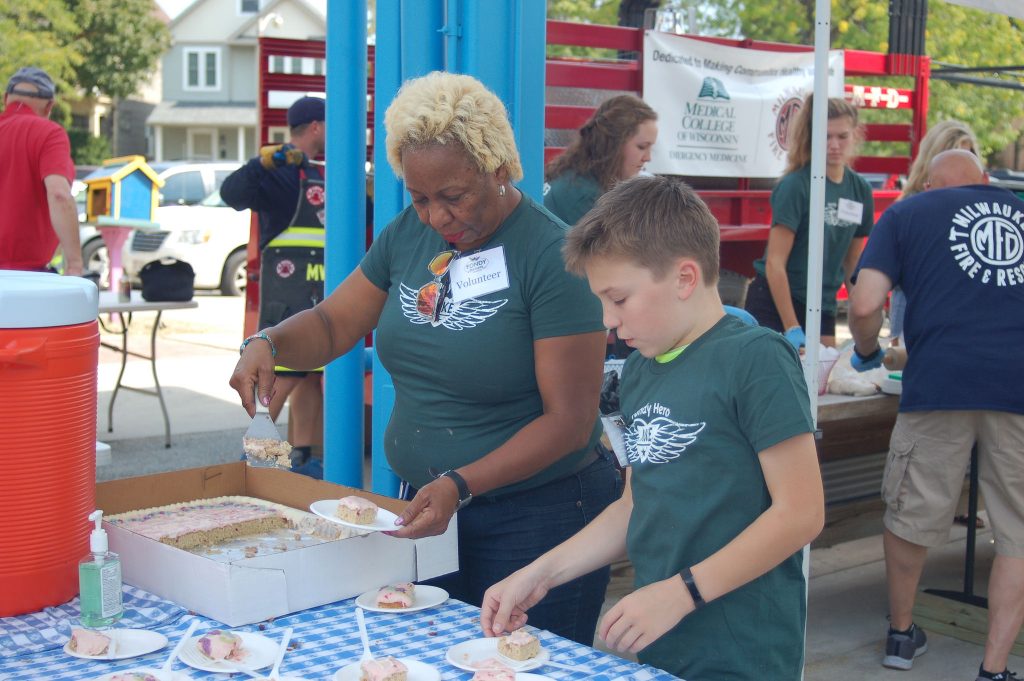 Volunteers serve one of a number of centennial cakes provided by Outpost Natural Foods.

Fondy Farmers Market, established in 1917 at a different location, celebrated its 100th anniversary with all of the features of any good birthday party. Music, dancing, pizza, art activities and cake were just some of the treats offered for participants’ enjoyment.

Saturday shoppers who come weekly to buy produce, locally made health and beauty products, prepared foods, herbs and flowers, were joined by neighbors and community leaders attending the official opening of Fondy Park.

The new park, built through a public-private partnership led by the city’s Environmental Collaboration Office, ECO HOME GR/OWN, is located on a city-owned vacant lot along the north side of the market. It contains many sustainability features that will help reduce local flooding and keep Lake Michigan cleaner by reducing water flowing into sewerage pipes in periods of heavy rain and snow.