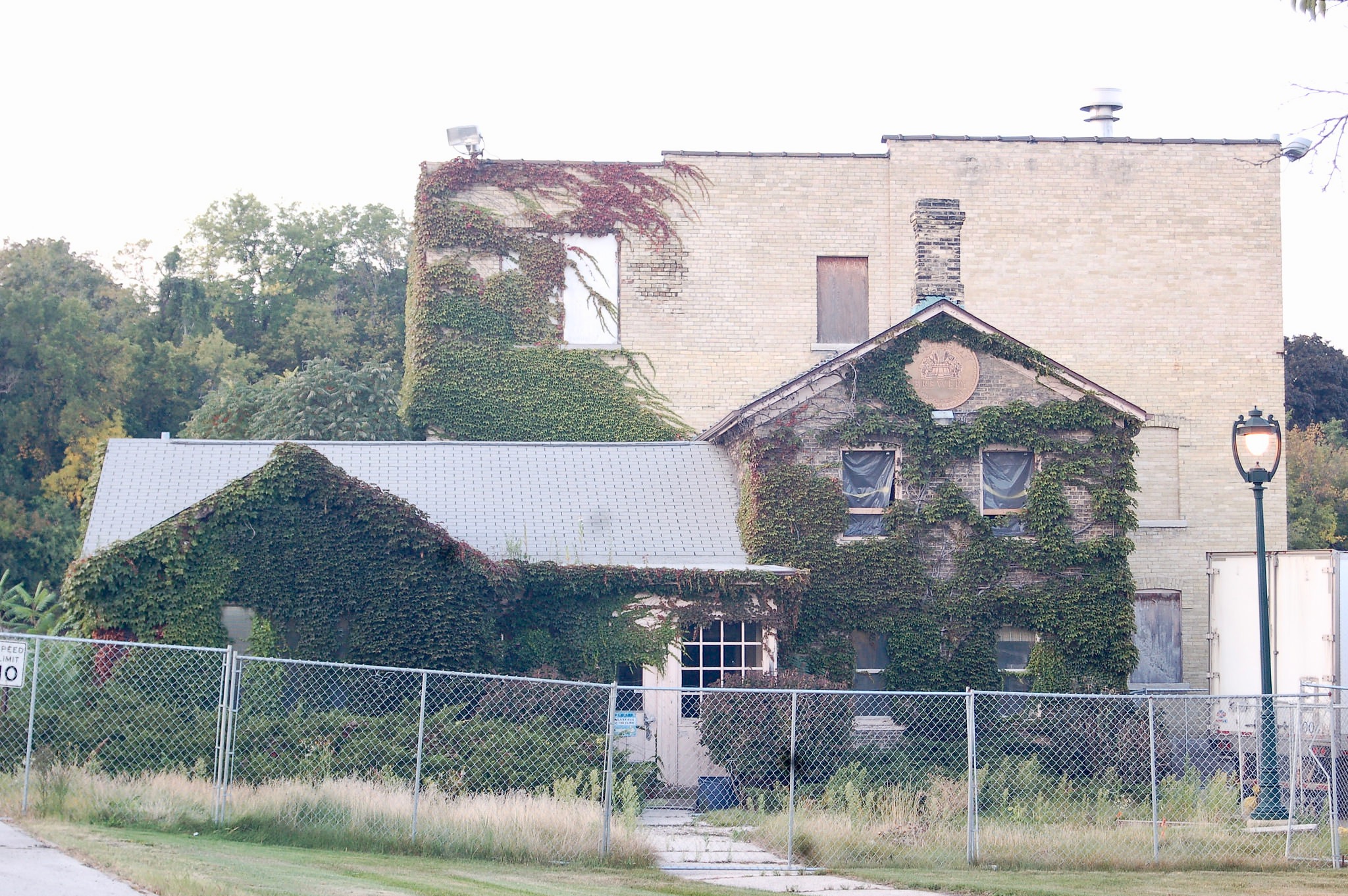 The Gettelman family home was built in the mid-1800s and still stands where it was built. (Photo by Elliot Hughes)

A small cadre of residents and historians may have saved some of the last vestiges of the old Gettelman Brewery on Milwaukee’s west side, but not as much as it had hoped.

The city’s Zoning, Neighborhoods and Development Committee on Tuesday recommended awarding permanent historic status to one of three 19th–century buildings that once belonged to the Gettelman Brewery. It now rests on MillerCoors’ property.

Left out of the equation are two other adjacent structures. All three buildings were recently given temporary historic status by the city’s Historic Preservation Commission (HPC). The zoning committee took up the issue after the HPC’s ruling was appealed.

The committee’s decision, which will now go to the Common Council for final approval, opens the door for MillerCoors to move and preserve one of the buildings and demolish the other two.

“I feel very disappointed,” said David Boucher, a west side resident who nominated the three buildings for historic designation in an effort to save all of them from demolition. 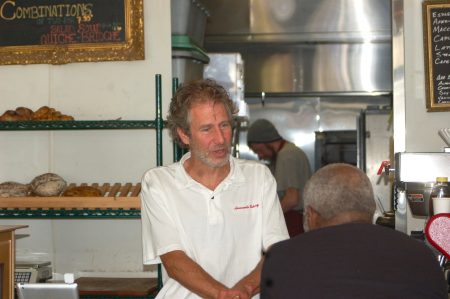 David Boucher, who owns Amaranth Bakery and Café, nominated the three Gettelman buildings for historic status in an effort to prevent them from being demolished (Photo by Elliot Hughes).

MillerCoors originally targeted the Gettelman structures for demolition in March. They sit in a parking area on the MillerCoors campus, directly across the street from the company’s visitor center. MillerCoors determined the buildings need to be demolished to create more space for employee parking and staging for semitrailer trucks.

The three buildings in question include a house, which was originally the home of the Gettelman family before it was used for offices; a small office addition; and a large malt house. The structures are above lagering cellars, one of which dates to 1854.

MillerCoors acquired the buildings in 1961 and absorbed the Gettelman business in 1970.

The buildings are considered historically significant as standing examples of one of Milwaukee’s oldest regional breweries. The Gettelman Brewery is also considered a cultural touchstone, locally, for its popular advertisements and the technological inventions of Frederick “Fritz” Gettelman.

MillerCoors on Tuesday offered the zoning board a “compromise” proposal. It asked for permanent historic status for the Gettelman family house and said it would move the building across the street, next to the visitor center and preserve it. It proposed razing the office addition and malt house.

The zoning board voted for MillerCoors’ proposal, approving it 4-1 with only Ald. Nik Kovac opposing.

MillerCoors is prepared to cover the expected $406,000 relocating cost. What exactly MillerCoors would use the house for was not clear Tuesday. Company representatives said there would be some kind of display honoring the Gettelman Brewery’s achievements.

Boucher and others have said Milwaukee too often discards its historic places, rather than preserving them. He said renovating the three buildings and perhaps turning them into a restaurant could revitalize the stretch of State Street between the MillerCoors campus and Wauwatosa.

Ald. Mike Murphy, who represents the area, said in an interview that Boucher’s idea doesn’t make sense. The area is zoned for industrial purposes and MillerCoors employs 1,400 people. It’s important not to tamper with that, he said.

“I want to make sure those jobs are staying in our city and having those properties zoned industrial is important,” Murphy said.

The Common Council is expected to consider the proposal at its next meeting on Sept. 26. If the council accepts the zoning committee’s recommendation, MillerCoors will still have to obtain a “certificate of appropriateness” from the Historic Preservation Commission in order to move the house.