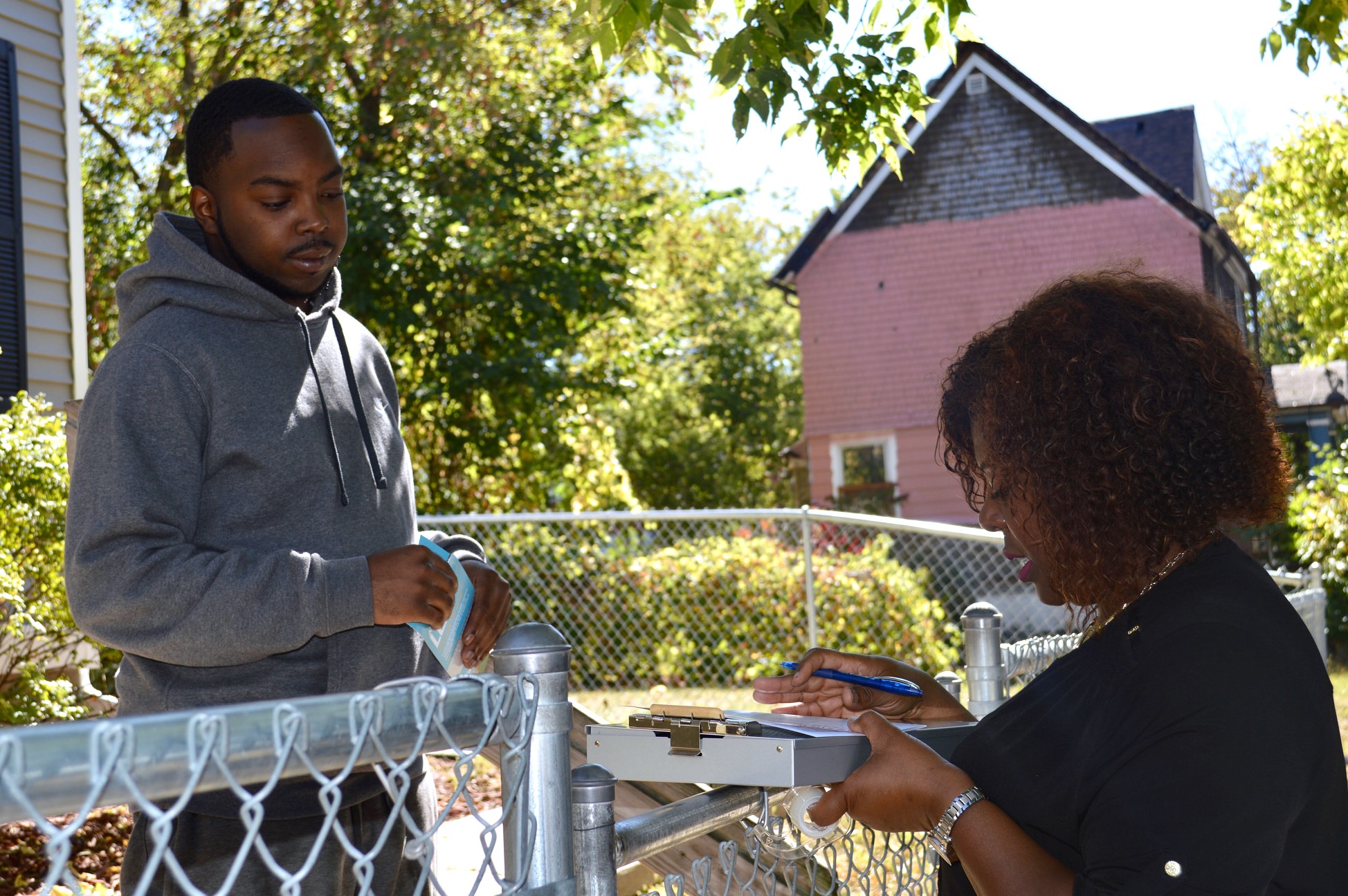 Markus Heard, 22, was inside watching a Badgers game on TV when State Sen. LaTonya Johnson approached his home. Heard was willing to forego the game — at least for a while — as he stood outside telling Johnson his concerns about safety in the neighborhood while his niece and nephew played in the front yard.

“I’m really focused on the children … they shouldn’t be innocent bystanders to life. I don’t like seeing kids get hurt,” Heard said.

Johnson was part of a group of elected black Milwaukee leaders, including Congresswoman Gwen Moore and State Rep. David Crowley, who canvassed the Amani neighborhood on Sept. 30 to hear about residents’ concerns. The group also held a news conference in front of Gwen T. Jackson Early Childhood and Elementary School, 2121 W. Hadley St.

Moore explained that Amani is among the neighborhoods with the lowest voter turnout in Milwaukee; she said that canvassing in all neighborhoods and listening to the issues on people’s minds is part of a representative’s job. 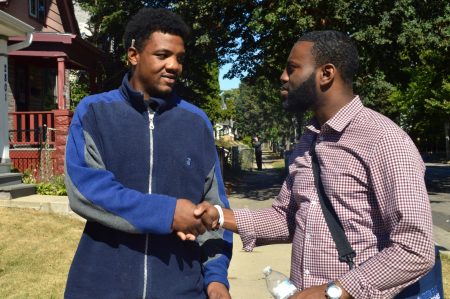 Crowley said the canvass was organized in response to a drop in voter turnout during the presidential election, especially in neighborhoods of color. The goal was to better understand the community’s needs and illustrate that residents are not alone.

Johnson added that elected leaders are unable to go into the community as much as they would like, but said it is important to regularly hear from their constituents.

“This is an opportunity for us to help educate our constituents as well as have them educate us,” said Johnson. “We want to hear what their issues are, what their concerns are, what we can do to make their community better.”

In the Amani neighborhood crime is the biggest concern. According to Johnson, residents want a safer environment and more after school programs for youth; beyond that residents did not provide a lot of feedback.

“What I found is that in some of my more advantaged districts you get more complaints and issues than in the districts that are harder hit,” said Johnson.

“It doesn’t matter where you live you are represented by somebody,” she said. “You have tons of people out here who don’t understand what you do and that’s an issue. There shouldn’t be people in mine or anyone else’s district who can’t see the value of what you do to represent them.”

Representatives of Planned Parenthood and the Hunger Task Force passed out information to residents during the canvass. Hunger Task Force Executive Director Sherrie Tussler provided information about lead poisoning, noting that underfed children absorb lead five times faster than those who have enough to eat. She added that residents in neighborhoods with older homes are more likely to be exposed to lead.

“We are trying to communicate to people that they can engage in some basic self help strategies to take care of themselves,” said Tussler. She recommended that residents in older homes install water filters to reduce lead in drinking water.

Johnson explained that canvassing can demonstrate to people that they are not forgotten.

“Sometimes when you are living in hard hit areas of poverty, of childhood trauma and other adversities you sometimes think that you’re in this fight by yourself,” she said. “When we were elected to office we were elected to serve.”