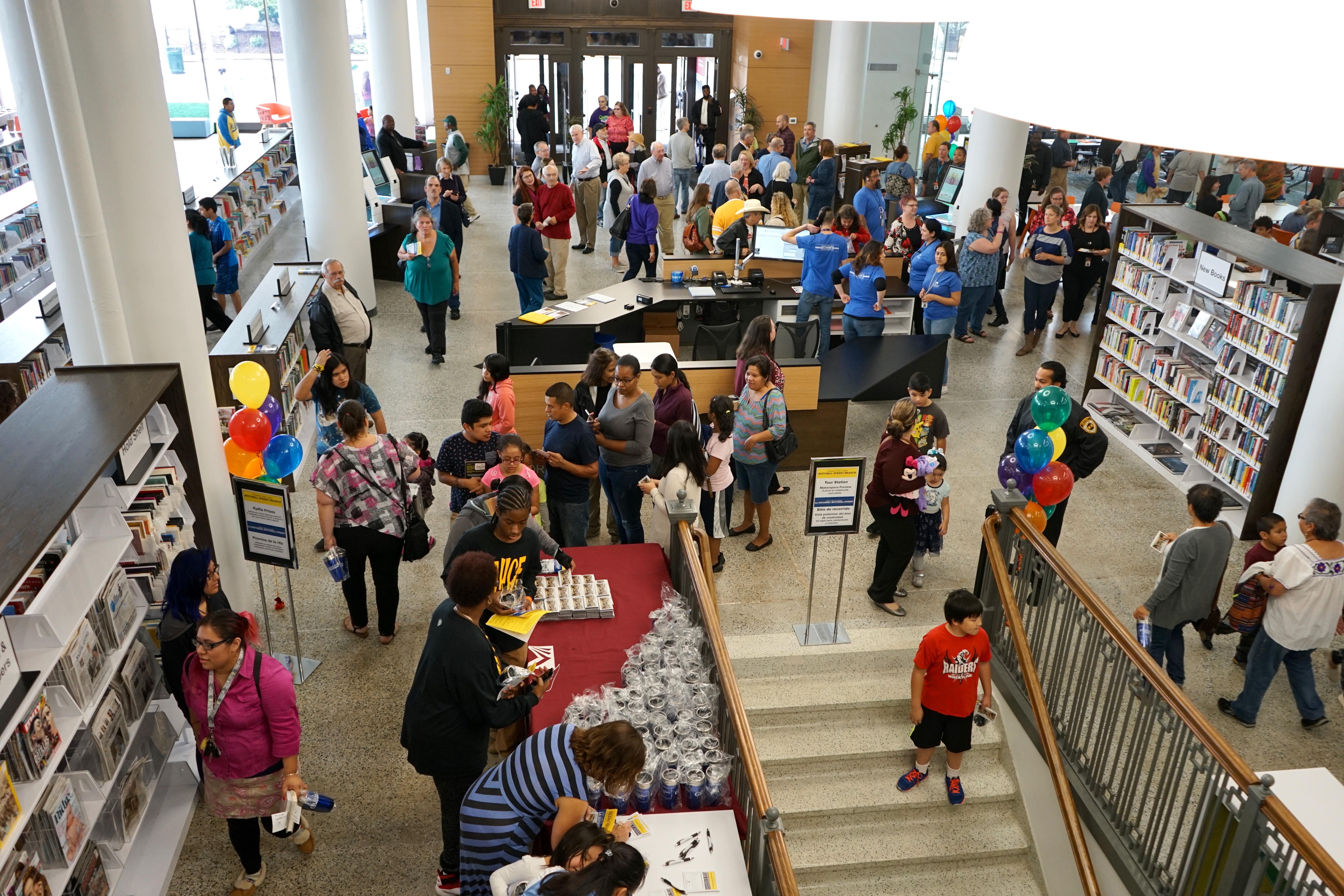 Abraham Pacheco spent the afternoon at the new Mitchell Street Branch Library because his little sister loves to read.

“She’s a bookworm,” he said. “So I brought her to the new library to get some more books.”

On Saturday afternoon, Pacheco, a student at Milwaukee Area Technical College, and his sister visited the new Mitchell Street Branch Library for the grand opening. Pacheco said that he wants to take his sister and his two other younger siblings whenever he has time because it’s important for them to get into reading while they’re still young. 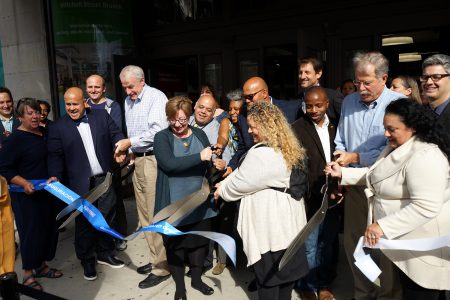 About 300 people visited the library, at 906 W. Mitchell St., on Oct. 7 to celebrate the grand opening. They included Mayor Tom Barrett, Ald. Jose Perez and other community leaders. Throughout the day, a constant flow of people toured the facility to use computers, check out books and participate in opening day activities.

“Most of the time I use the library at school (MATC) for textbooks but today I wanted to look for some poetry books,” Pacheco said. “My sister reads just about anything.”

At 23,000-square-feet, the Mitchell Street Branch is the largest public library in the city. Located in the old Hills Department Store building on Historic Mitchell Street, it features modern updates such as a “maker space” for teens to learn video and audio skills and a “social stairway” made of wide steps with comfortable, built-in seating.

Milwaukee Public Library Director Paula Kiely said that the library gathered input from community members when planning the facility. “We talked to adults, teenagers and children to decide how they wanted to use their library.” 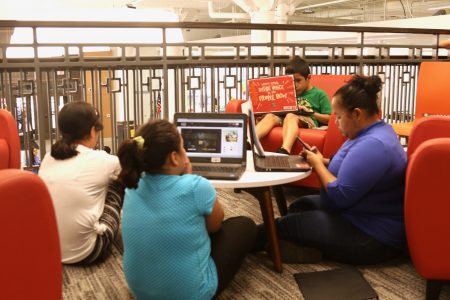 A family enjoys laptops provided by the library. (Photo by Leah Harris)

Sam McGovern-Rowen, project manager for library construction, said students pitched the idea of the maker space. “Teenagers from South Division said it would be great to record sound.”

Kiley added, “We’re excited to be a part of the renaissance that’s happening on Mitchell Street. This is the first time we put a library in a historic building. It’s the first library spread across three levels.”

The library features study rooms on the third floor and a kitchen on the lower level. Above the library are 6o apartments now available for rent.

The building bustled with crowds of people on Saturday afternoon and Pacheco said he hopes it continues to thrive. “It’s better and brighter,” Pacheco said. “It’s alive.”