You are here: Home / Home / Carousel / South Side residents, businesses step up to help victims in Puerto Rico, Mexico
Share this... 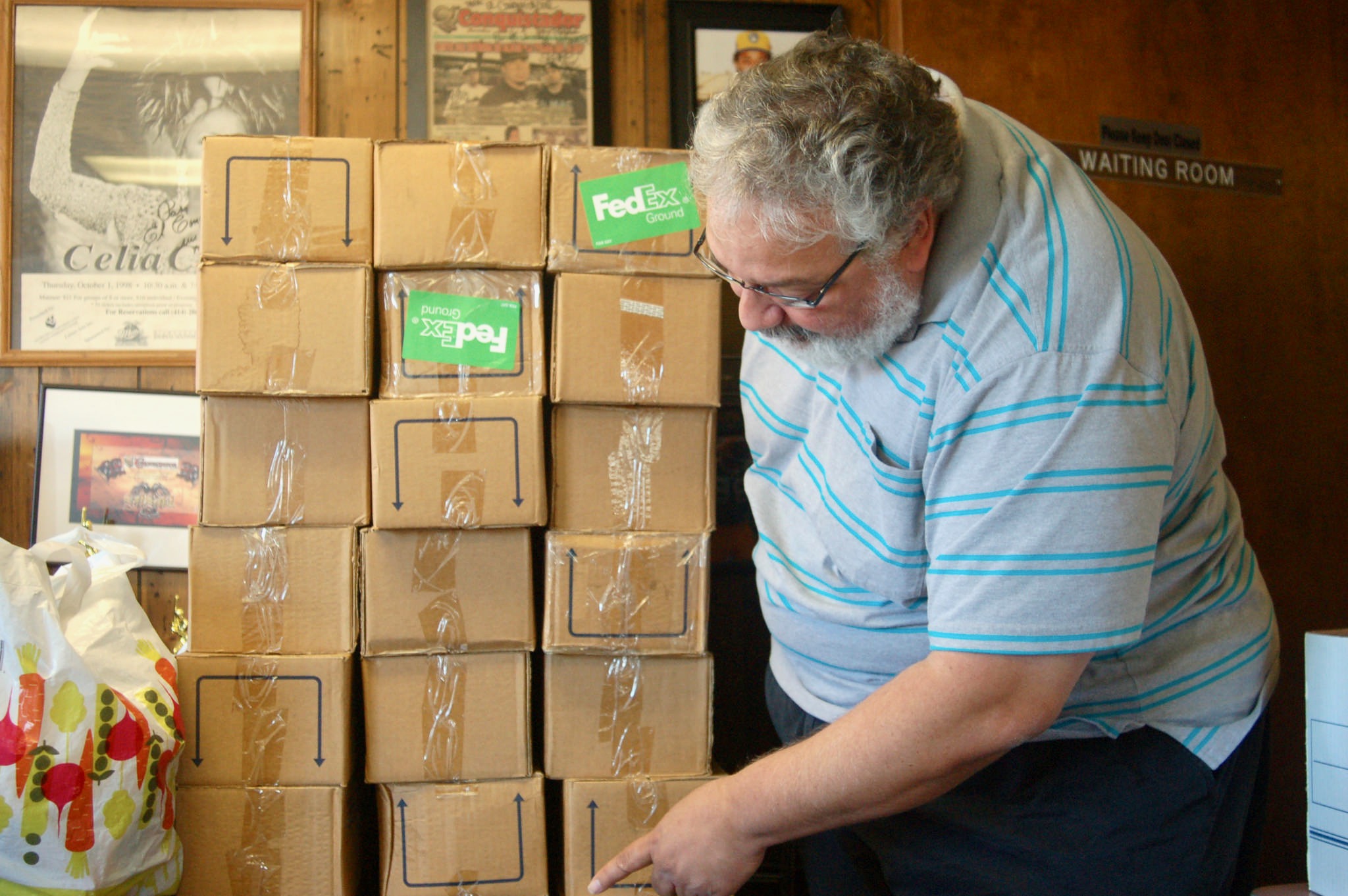 Sitting at a table in the lobby of the headquarters of El Conquistador Latino Newspaper, Victor Huyke recounts stories of pain, suffering and need that continue to flow in from Central Mexico, rocked last month by a magnitude 7.1 earthquake, and Puerto Rico, hit first by Hurricane Irma and then obliterated by Hurricane Maria.

“We’re hearing there’s a lot more people dead than what’s being reported (in Puerto Rico). There are stories about people burying family members to avoid disease while they wait for coroners to move from village to village,” said Huyke, who founded the paper in 2000.

And while the situation in Puerto Rico and Mexico remains bleak, a large contingent of Milwaukeeans, including residents and business owners, are lending aid. Donations have flowed in from across the city through taco sales, benefit music concerts, fundraising and supply drives, and other efforts that have taken place over the past few weeks.

One of the largest grassroots efforts in the city is being led by El Conquistador, with the support of organizations including El Rey, Landmark Credit Union, Association de Mujeres Immigrantes de Guanajuato en Accion (AMIGA) and League of United Latin American Citizens (LULAC) Wisconsin. Elected officials, including Ald. Jose Perez, businesses and community members also are pitching in.

The effort already has led to two truckloads of goods being shipped to Puerto Rico earlier this month and will continue this weekend during the Latino Family Expo. The “United Latino Fundraiser for Mexico and Puerto Rico Disaster Relief Drive” will be held during the seventh annual expo at St. Anthony High School, 4803 S. 2nd St. The location will serve as the final staging and sorting area for hundreds of donations that have been collected since the last boatload left for Puerto Rico. 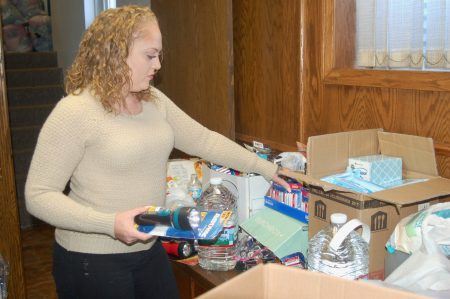 And while the expo will once again feature a health, job and resource fair, as well as a costume contest, fashion show, habanero eating contest and live entertainment, this year participants will have the added opportunity of volunteering to help those in need, said Huyke.

“This year we really wanted to emphasize how a collective of community, businesses and others could come together and do something positive,” Huyke added.

Volunteers will spend the day sorting and boxing supplies that have already come in, as well as those that will be dropped off at the expo. So many donations are already filling the basement, lobby and even a separate storage facility that the El Conquistador could be mistaken for a food pantry.

The donations from this drive, as well as the others that have been held across the city, are a testament to the willingness of Latino community members to help others, said Dionisia Gonzalez, leader of AMIGA.

“We may not have the most, but we are always willing to give what we can,” said Gonzalez, who has been working with the Mexican Consulate in Milwaukee to help organize donations to Mexico.

According to Gonzalez, many of those affected by the earthquake in Mexico cannot rely on local governments to provide assistance during and after catastrophes. As a result, the need for donations such as non-perishable food, cleaning supplies and other items is especially great. Gonzalez added that a plane full of goods should be ready to send to Mexico by late October.

Huyke and other volunteers are working with a church in Puerto Rico to arrange the next delivery directly to smaller villages that, due to damaged roads and other problems with the infrastructure, have not been able to obtain needed aid.

“The intent is to reach these towns that have not gotten anything,” Huyke said.

Though hosting a large event such as the Latino Family Expo while also running a fundraiser has been a huge challenge, it’s good for the Latino community in Milwaukee and beyond, said Huyke, who’s Puerto Rican. He said it couldn’t have been done without the support of the wider community, including those who will provide resources at the expo.

Among them is Don Cohen, vice-president of Community Development and Lending at Landmark Credit Union. In addition to providing personal tellers, bankers and mortgage loan officers at the expo, Landmark also is helping to secure donations.

“The catastrophes are really helping people come together and say ‘what can I do to help Mexico and Puerto Rico?’” Cohen said.

The South Side is heeding the call loud and clear, said Huyke. And while his headquarters may already be cramped with donations, he hopes people bring even more.