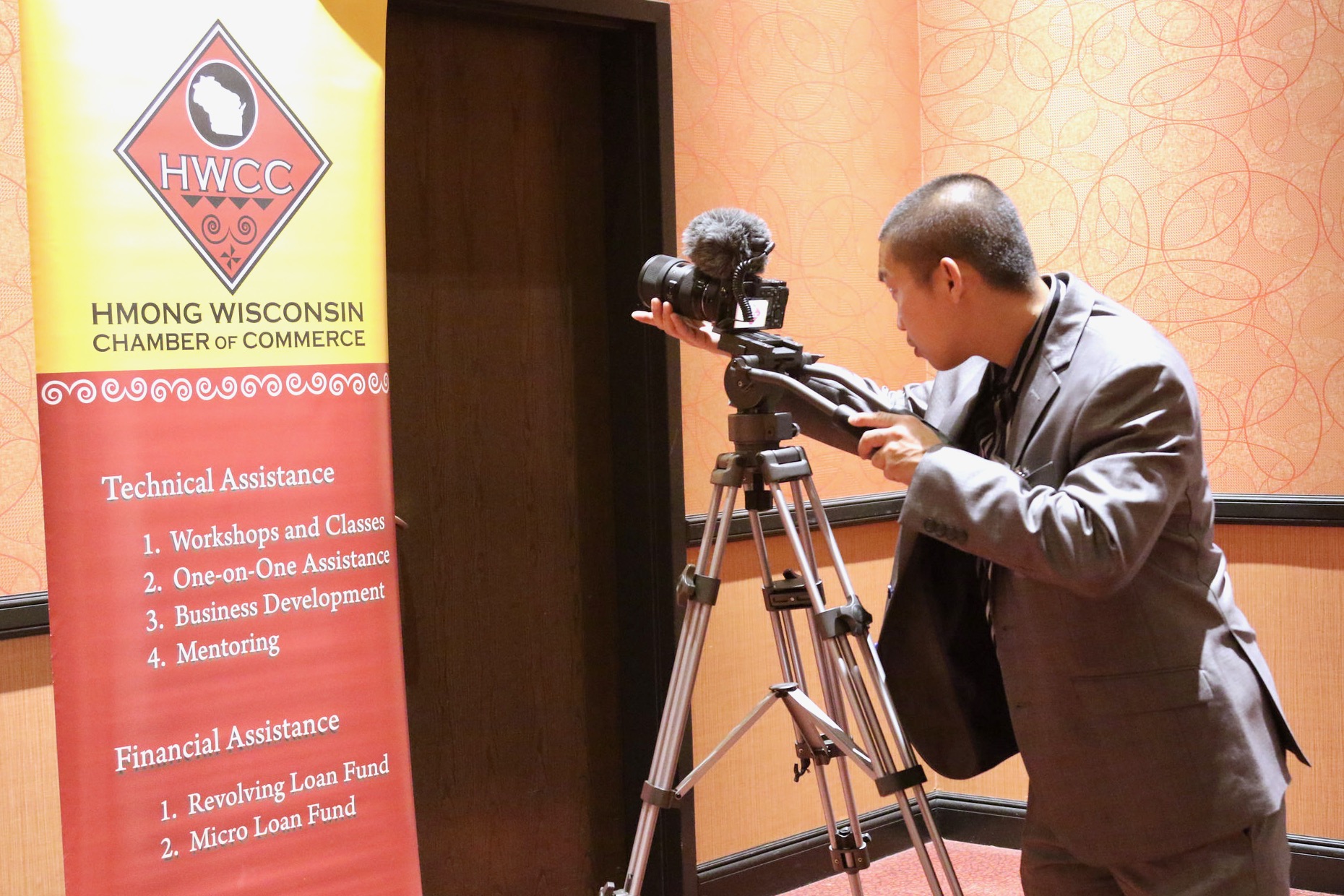 Kue Yang and Dao Lee run the bubble tea stand at the Asian Public Market Phongsavan on the Northwest Side. Although they haven’t seen the Hmong-produced Nyob Zoo Milwaukee TV show live, they’ve watched it on Facebook and YouTube.

Lee said that she sees the show as a way for Hmong voices to finally be heard. “We (Hmong people) can be old fashioned,” she said. “We keep our opinions to ourselves because that (mindset) was passed down from the older generation.”

Nyob Zoo Milwaukee TV is the first over-the-air Hmong news show in Milwaukee and the only such show in Wisconsin. Nyob Zoo means “hello” in Hmong.

The weekly show, which is predominantly in Hmong, premiered in September and airs Friday nights at 11:30 p.m., with an encore on Saturday morning at 7:30 a.m. on Channel 38. 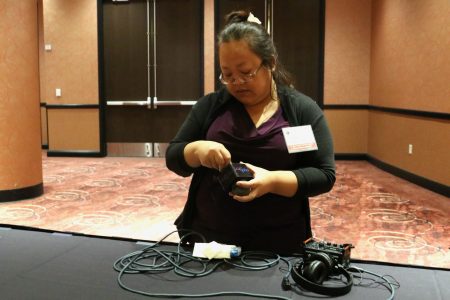 Civic Xiong, a realtor with Homestead Realty in Milwaukee, said that while his work keeps him busy, he tries his best to catch the show on TV. “It shows that we’re progressing,” he said. “It’s good for those who aren’t involved with everything all the time.”

Nyob Zoo producers Dawn Yang and her husband Thay Yang dreamed of producing their own television show for about 20 years. “It felt great when it finally aired because it was history making,” said Yang, general manager of the show.

Thay Yang has worked in the news and media industry for 20 years. It took two years of planning, brainstorming and paperwork to get the program on the air.

Hmong Americans represent the largest Asian ethnic group in Wisconsin. Most fled Laos as refuges seeking new homes because of the Vietnam War in the 1970s. Forty years later, Dawn Yang said it was time to tell the stories of the Hmong community.

“Every community has the good and the bad, but we want to emphasize the good,” said Kandi Vang, a crew member on the show.

Vang, who wants to be a director, studies eProduction at Milwaukee Area Technical College (MATC), where she learns about video production for film and TV. Vang does video, audio and post-production editing on the show. She usually works as part of a three-person production team with a reporter to cover important events in the Hmong community.

“I always wanted to be a part of it (TV). Not in front of the camera, but behind the camera to see the real magic,” Vang explained.

Nyob Zoo Milwaukee TV producers want the show to reach a larger audience. Soon, they plan to add subtitles so non-Hmong speakers also can have access to the show.

Dawn Yang also said that the producers hope to share content with Hmong TV shows in Minnesota and California, which have large Hmong populations and established Hmong TV news shows.

Nyob Zoo Milwaukee is particularly important to the older generation of Hmong people, Xiong has noticed. “The older generations don’t have access to technology. The show is how they can stay updated,” she added.

Xong Yang didn’t know the show existed until asked about it by a reporter. He works at the Asian Public Market Phongsavan, which is owned by his mother, Pai Yang. Now that he knows, he said, “I’ll definitely check it out because it’s the first one so it’s a big and important move for the community.”

May yer Thao, Hmong Wisconsin Chamber of Commerce executive director, noted that the Hmong community is underrepresented in the media.

“We’re an invisible community,” she said. “But we’re vibrant and the show has a huge platform to highlight all the wonderful things in the Milwaukee area.”