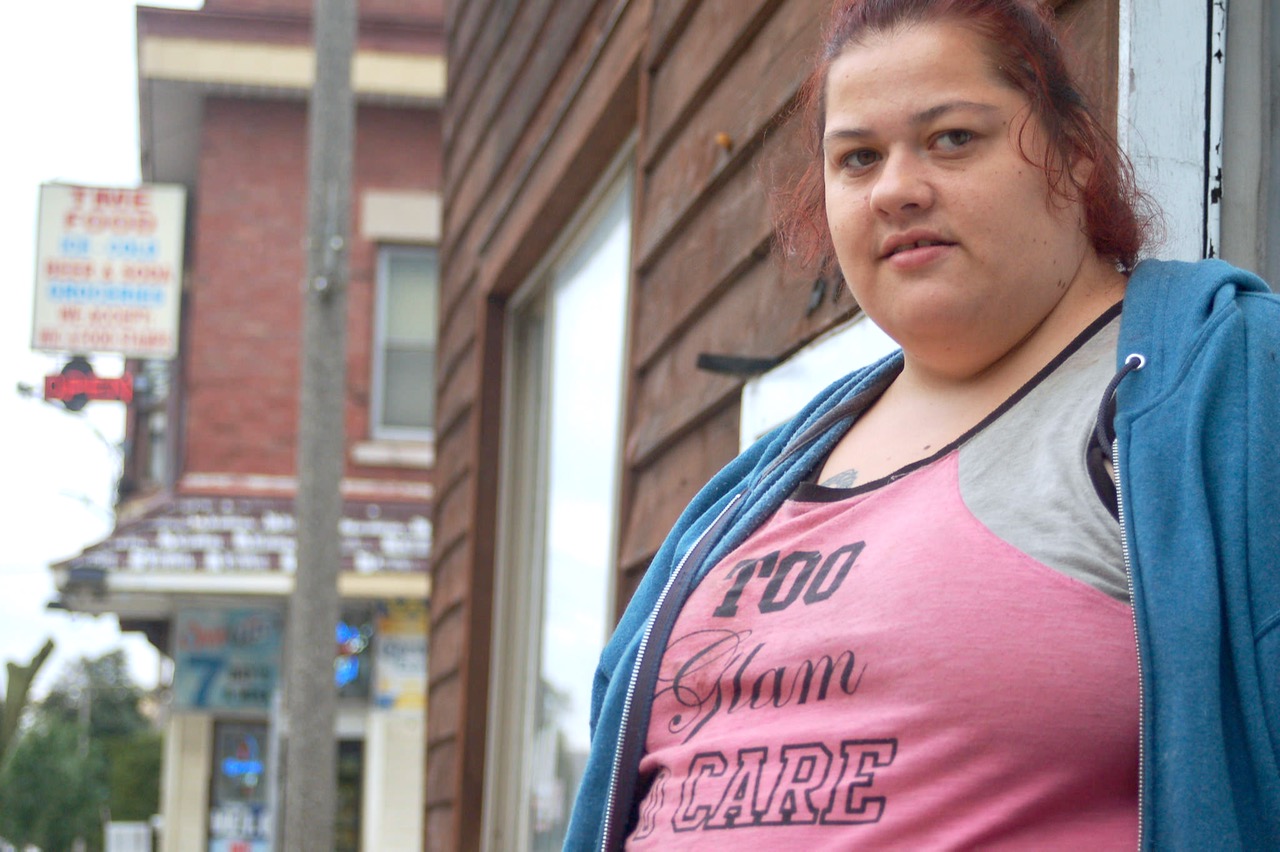 Ashley Hempe, 29, is worried that her eviction three years ago will prevent her from finding a new place to live. (Photo by Edgar Mendez)

Ashley Hempe, 29, knows firsthand how demoralizing the process of being evicted can be.

“I was working as a waitress at the time and didn’t even have money to rent a truck to move. The sheriff showed up at my house and had to put almost all of our stuff out on the sidewalk,” said Hempe, who had one child and was pregnant with a second at the time.

According to Hempe, the eviction process started after she demanded the landlord address mold issues and fix an upstairs toilet that leaked into her kitchen. She spent the next six months homeless before slowly getting back on her feet.

Stories such as Hempe’s play out often in Milwaukee, where 40 families are formally evicted each day, according to Harvard University Fellow Matthew Desmond, speaking to a crowd gathered at Boswell Books last March. His book, “Evicted: Poverty and Profit in the American City,” based on research he conducted in the city, found that one out of eight Milwaukee families had experienced eviction within the past two years.

Since its release, the book has spurred discussion on the role of evictions in trauma, sustained poverty and other social ills, and led Rep. David Crowley of Milwaukee and Rep. Jimmy Anderson of Fitchburg to introduce a host of bills meant to help renters. 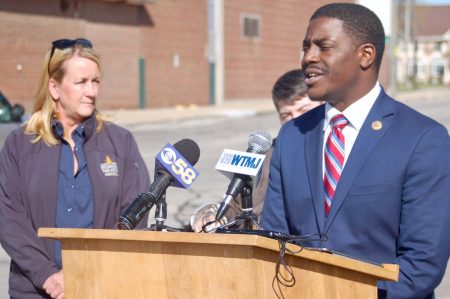 The four-part “Housing Eviction and Discrimination Prevention Package,” was created to help families avoid evictions,  abate rent in instances of landlord neglect and fight housing discrimination, according to Crowley and Anderson.

The first part, “the Rental Credit Assistance Act,” would create a two-year pilot program for four Wisconsin counties, including Milwaukee, to provide up to $160 in rental credits tied to community service activities. A maximum of eight $20 credits would be made available to renters short on rent payments.

The second would create a legal defense fund for low-income tenants facing eviction, while the third bill would prohibit discrimination based on arrest, conviction or eviction records that are more than three years old.

The fourth proposed bill, “The Renter’s Abatement Act,” would require the state Department of Agriculture, Trade and Consumer Protection to enforce and clarify rules that mandate landlords to repair damages not caused by tenant negligence or improper use of the premises. According to the Department of Neighborhood Services, occupants of rental properties can apply to the department for rent withholding if the property they are renting has an overdue order for repair. Local and state regulations entitling tenants to withhold rent are unclear and difficult to enforce, according to Crowley.

Legislation clarifying a process for rent abatement and additional legal aid would be extremely beneficial, said Pete Koneazny, litigation director for the Legal Aid Society of Milwaukee. According to Koneazny, the problem most tenants face is they don’t have legal representation and don’t understand the process to have a building inspector identify repair violations.

“It becomes very risky for them when they come to court and haven’t made a record of violations by going to the inspector. They might not be seen as credible or it could be looked at like retaliation for being evicted, even if there would have been a valid reduction on (their) rent,” Koneazny said.

Though the legislation seeking to reduce housing discrimination is a step in the right direction, he added, it doesn’t go far enough.

“Improper evictions or those as a result of illnesses will still show up (on court records) and other charges that didn’t lead to convictions or are unrelated to your appropriateness as a tenant can still be used against you. Eviction is a natural outgrowth of living in poverty and should not lead to discrimination,” he said.

Poverty drove Crowley’s family out of their home when he was 15 and his mom was laid off from her job.

“We suffered through two more evictions after that,” said Crowley who recalled his family having to leave their belongings on the curb. Evictions are devastating to families and to communities as a whole, he added.

They also lead families into a cycle of dependency, said Sherrie Tussler, executive director of the Hunger Task Force. Tussler, who first worked at a homeless shelter in Milwaukee, said evicted families have to rely on others to survive.

“Sometimes they end up in shelters, or even outdoors, and they need food and other services to get by and to try to get on their feet again,” Tussler said.

As for Hempe, she has three children now and hopes to move into a new house next year, one with a yard her kids can play in. She receives a monthly disability check, so paying rent is not an issue, she said. Still,  she added, it won’t be easy to find a place with an eviction staining her record.

“They automatically assume I won’t be able to pay my rent. The only places that give you a chance are owned by slumlords,” she said.