You are here: Home / Home / Carousel / Researcher spreads word on effects of tobacco advertising on youth, minorities
Share this... 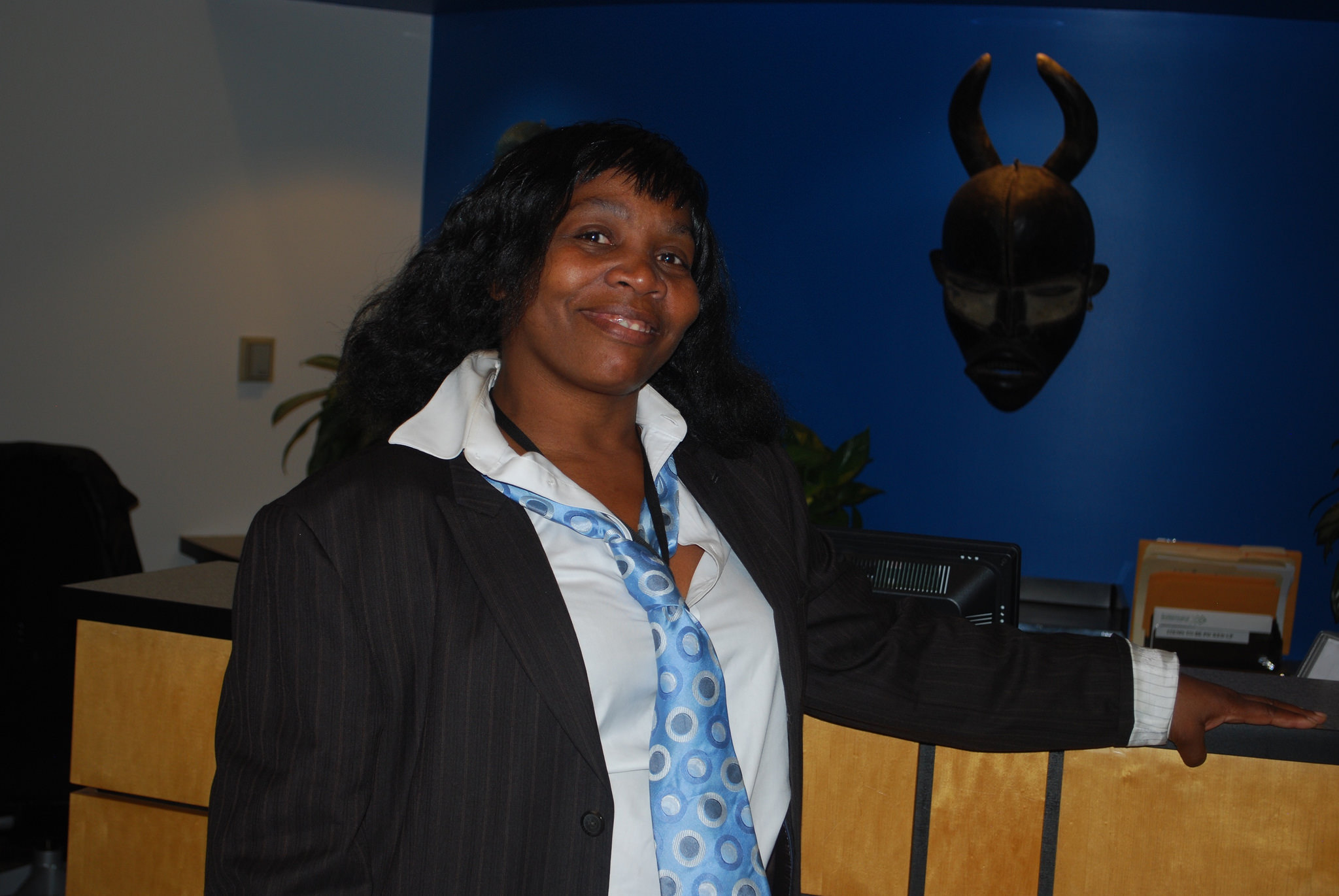 A study analyzing tobacco sales and advertising in city ZIP codes found that black and Latino communities are more likely to be exposed to tobacco marketing than white communities.

Linnea Laestadius, who helped design the study, presented her findings at a “community conversation” Saturday attended by about 75 people, including young people from FACT, a state anti-tobacco youth organization, and State Rep. David Crowley, who said he recently attended the funeral for one of his best friends who died from lung cancer related to smoking.

The Milwaukee Tobacco Retail Assessments Project analyzed three clusters of ZIP codes that were predominantly African-American, Latino or white to determine whether there were differences in sales and advertising for tobacco products. It also focused on places such as corner and liquor stores where children could easily access tobacco advertising and products.

“In Milwaukee County alone, there [are] over 1,000 licensed tobacco retailers and that is a lot, said Laestadius, an assistant professor at UW-Milwaukee Zilber School of Public Health. 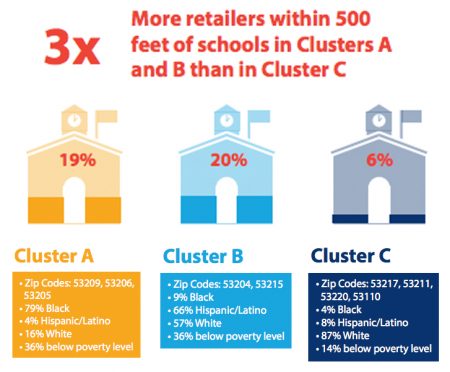 Black and Latino neighborhoods are three times more likely to have a retailer within 500 feet of a school than neighborhoods that are mostly white. (Graphic courtesy of the Milwaukee Collaborative Project)

The smoking rate is Milwaukee County is 20 percent, while in Waukesha County it is 14 percent. Statewide the rate is 17 percent, Laestadius said. She added that marketing has an effect on why people choose to start smoking.

“The evidence is increasingly clear that children who are exposed to tobacco marketing in stores are more likely to start smoking,” Laestadius noted.

Black and Latino neighborhoods in the study were three times more likely to have retailers within 500 feet of a school than white neighborhoods.

“If we have a ton of retailers in a fairly small area, they’re going to be closer to schools,” Laestadius said.

Nia Kamara, a 10th grader at Shorewood High School and board member of FACT, attended the event to learn more about the study. FACT hosts meetings and events for students in grades seven through 12 to educate them about the dangers of smoking.

“We have our own meetings to discuss what we can improve on. We spread the truth about tobacco,” said Kamara. She added that she would like to see more young people join the organization.

“So many tobacco products are geared toward our younger children, and the tobacco companies know that,” said Christal West, outreach coordinator for the Wisconsin African American Tobacco Prevention Network. “What they’re doing is using subliminal messaging for our children. They go into the store and see tobacco products looking like candy,” she added.

Crowley said he attended the event to be part of the solution in decreasing smoking in Milwaukee. “We need to make sure we’re focusing on the advertising of tobacco products in our neighborhood and local stores.

“We know that we have a big issue when it comes down to advertising tobacco products, not only with young people, but also people of color,” he added. “This is an opportunity to have real-world discussions at the local level, but also to inform our state officials.”