You are here: Home / Home / Carousel / Revitalize Milwaukee spruces up eight homes in Near West Side neighborhood
Share this... 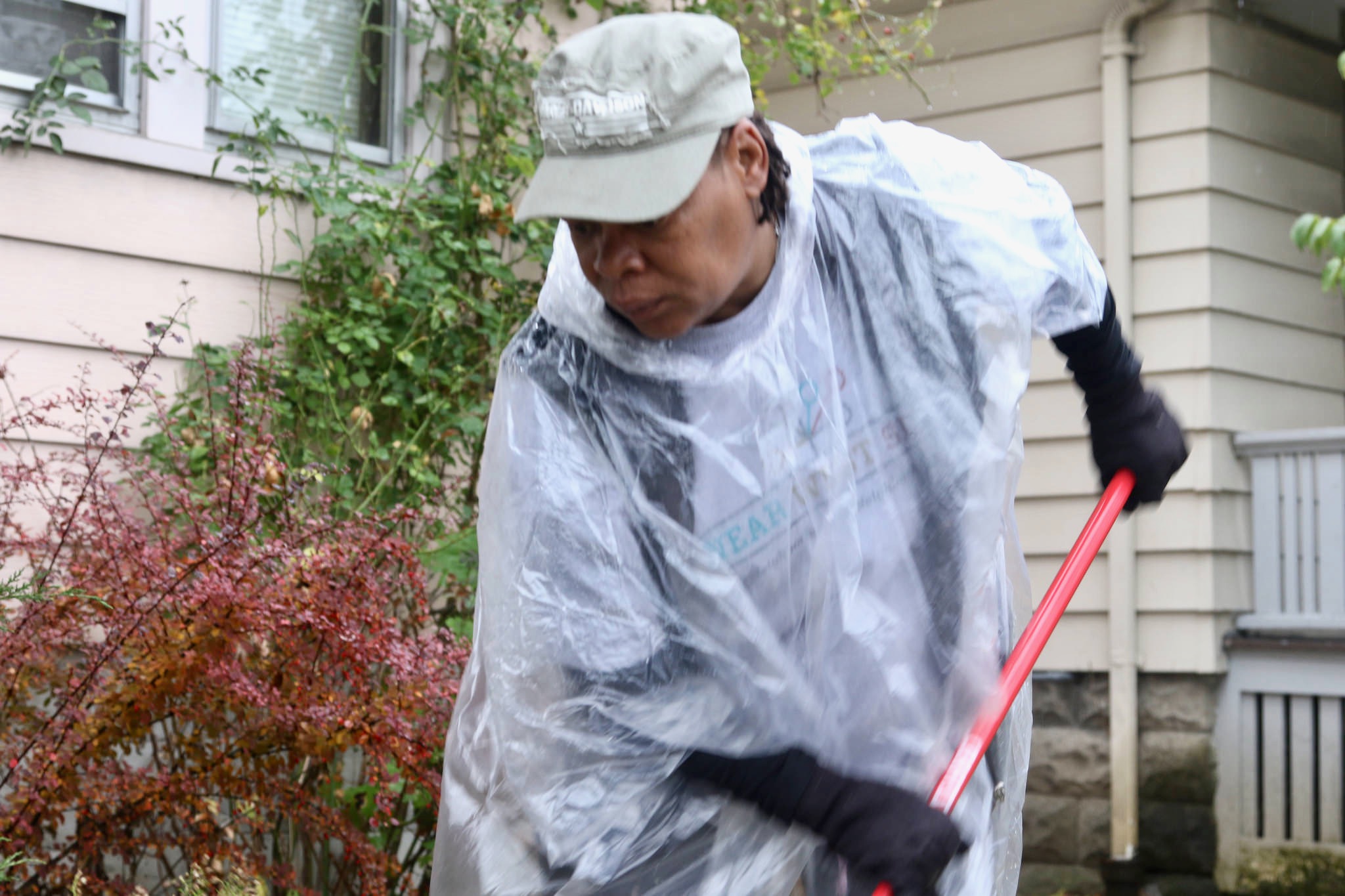 Deirdre Kozlowski has lived in her home for 47 years. She moved in with her father in 1970 and they purchased the home in 1980.

Kozlowski said she loves her house in the quiet Miller Valley neighborhood. “It’s never been a bad neighborhood,” Kozlowski said. “People already have a lot of pride in it. They own their houses and take good care of them. No one is wealthy here, but they all care.”

Two years ago Kozlowski broke her pelvis in six places after a bad fall, and she now uses a wheelchair.

Last Saturday, Revitalize Milwaukee installed a small ramp to help Kozlowski move easily from her car to her house. The nonprofit provides free home repairs primarily for elderly, disabled and low-income residents, with the goal of keeping them in their homes and stabilizing neighborhoods. 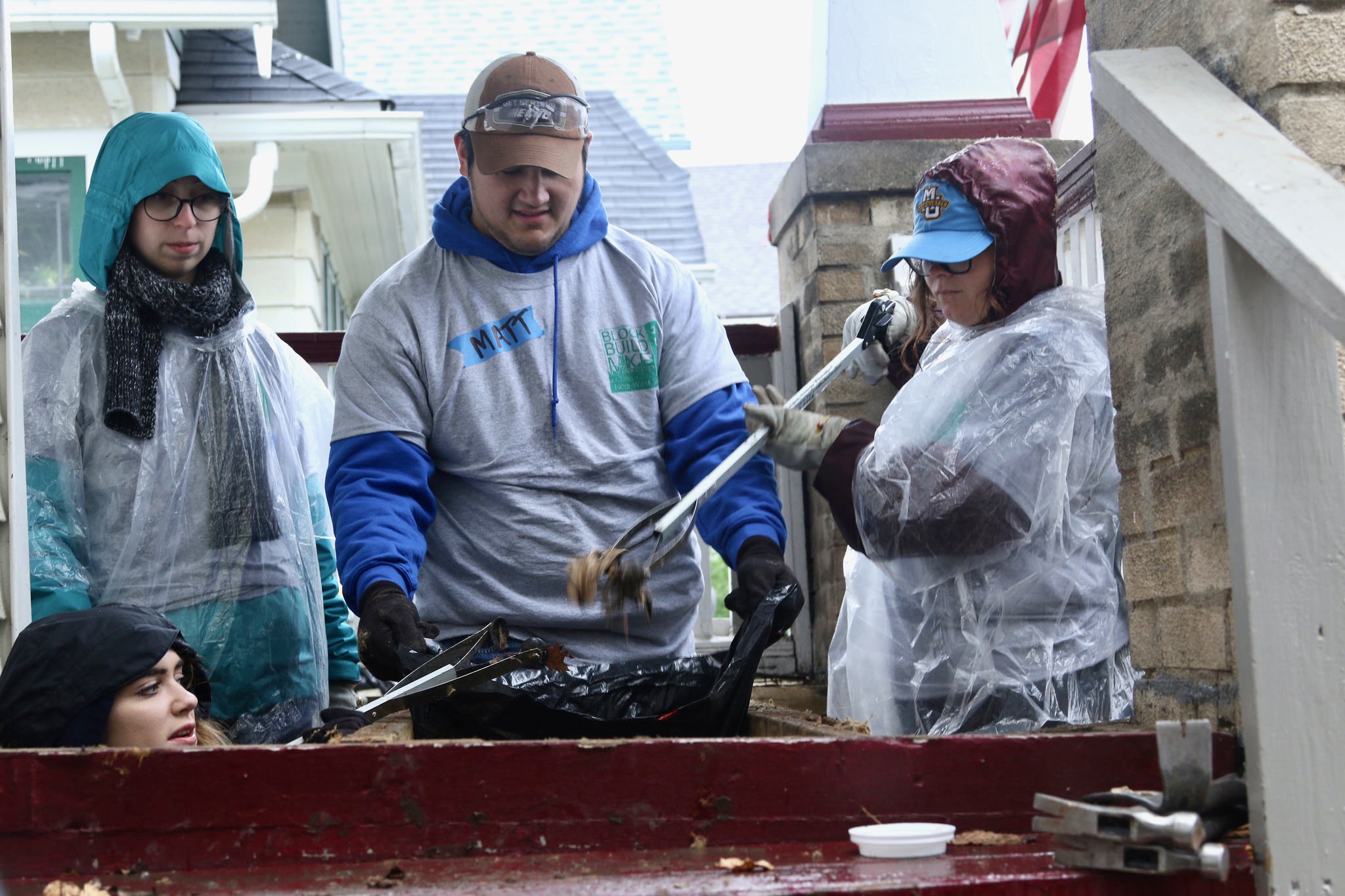 More than 100 volunteers gathered on a rainy day to complete home repairs and beautification work on eight homes in the Miller Valley neighborhood. Two homes received new front porches and several homes received new ADA-compliant toilets and grab bars. Block Build is part of a year-round program that aims to repair one house every day of the year.

Sam Szukalski, a volunteer from MillerCoors, helped clean and sweep around Kozlowski’s house. “It’s so important to be present in the community,” she said. “This is a great way to give back.” Szukalski said the renovations and cleanup help make life easier for people who need assistance.

“The partnership and teamwork to bring about this mammoth endeavor from area organizations, businesses and sponsors has been incredible and will leave a lasting impact on this tremendous neighborhood,” said Lynnea Katz-Petted, CEO of Revitalize Milwaukee.

Gloria Lee, who has lived in her home for 18 years, has been in contact with Revitalize Milwaukee for over a year. When the organization first stuck a big, pink envelope in her mailbox, Lee said she almost ignored it. But soon after, a representative contacted her and walked through the home as Lee pointed out needed repairs.

Lee raked leaves while volunteers repainted her porch, fixed unstable banisters and filled cracks in the side walkway of her house. Inside, broken electrical outlets and water leakage from the bathroom were repaired.

Lee said that the neighborhood is a great place to live. “They (Revitalize Milwaukee) can only make it look better than it already is.”

“I talk about them all the time because it’s a great program,” Lee said. “You don’t have to pay for anything; you just have to participate.”