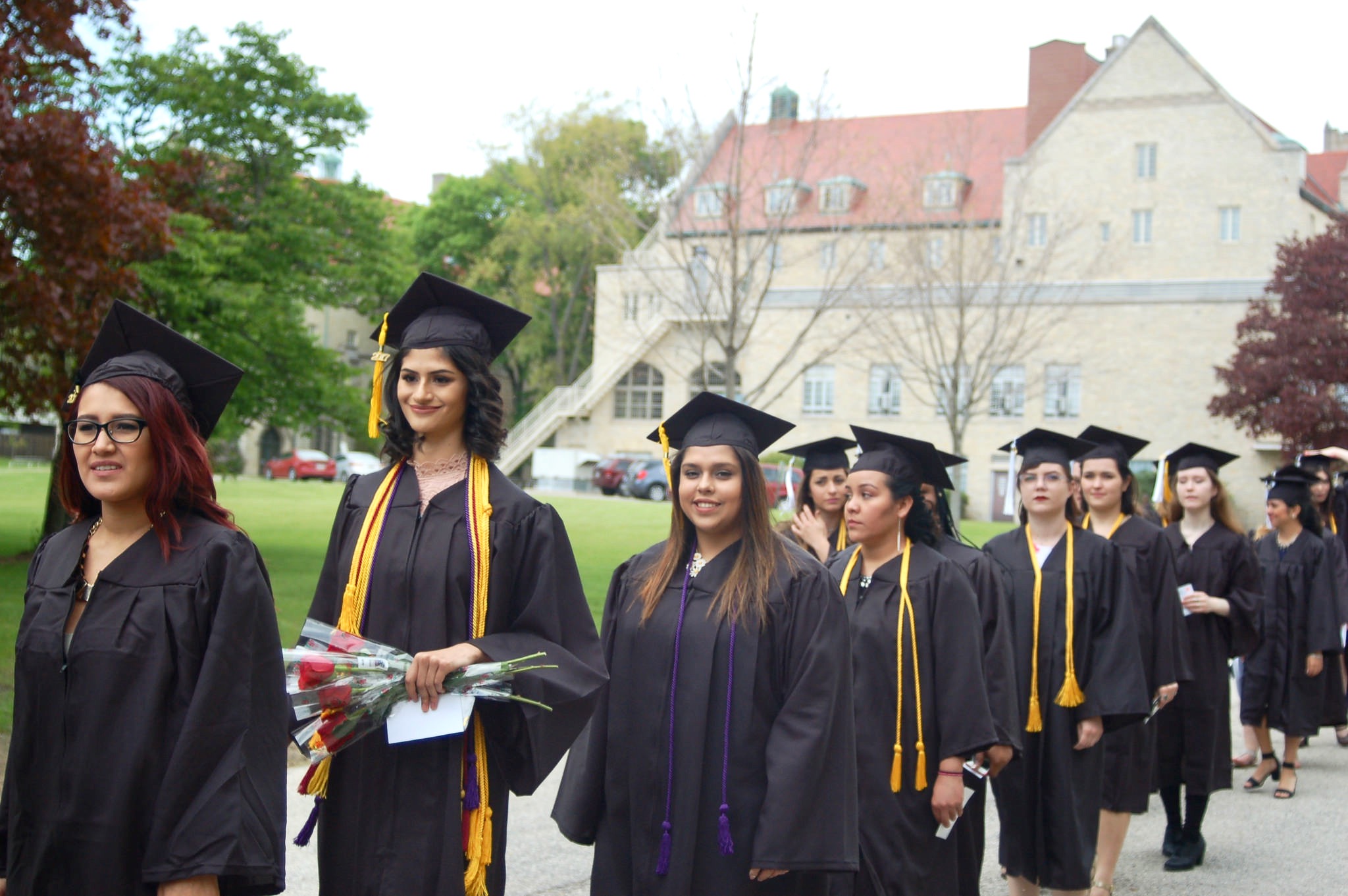 Students graduate from Mount Mary University in the spring. The Dash Emergency Grant program was expanded to Mount Mary and three other four-year colleges this school year. (Photo by Andrea Waxman)

With health insurance premium payments piling up after she had surgery on both ankles, University of Wisconsin-Milwaukee student Amber Brewer visited the Norris Health Center on campus this fall to see what they could do to help her. As a biomedical sciences major, she faced a busy semester of clinical work ahead and knew she would probably have to quit her job at the Blood Center of Wisconsin and look for a different position with fewer hours.

Her outlook changed, however, when she saw a flier at the health center for the Dash Emergency Grant, one-time assistance for students facing a financial dilemma. She went to student services, met with a counselor and just a few days later received $1,000, enough to pay her health insurance with some left over for her electric bill.

Brewer is among the first four-year college students in Wisconsin to benefit from the Dash Emergency Grant program funded by the Great Lakes Higher Education Guaranty Corp., a nonprofit student loan servicer based in Madison. First offered in 2012 to students at the state’s 16 two-year technical colleges and other two-year institutions around the Midwest, the program has had success in helping retain students who otherwise might drop out due to financial concerns. This semester it was expanded to students at UW-Milwaukee, Mount Mary University, Alverno College and Cardinal Stritch University.

The grant is often distributed in amounts of $500 and $1,000, and students must apply through an advisor at their school, according to Ben Dobner, director of education grant making at Great Lakes. He said most students who receive the grant use the money for transportation purposes, such as getting a car fixed, or rent and utilities.

Alverno student Jieneen Metcalf faced a combination of all of these. 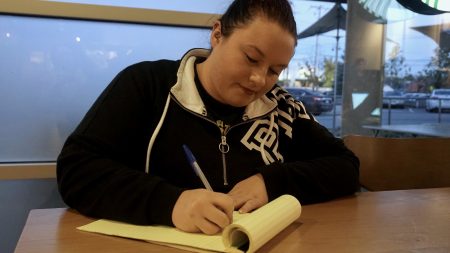 Amber Brewer, a student of junior standing at UW-Milwaukee, received an emergency grant after having surgery on both ankles. (Photo by Elizabeth Baker)

“I was on the verge of dropping. I had the money for the semester, but that was it. Food, gas, car, utility bills – I was behind on everything,” Metcalf said. “My mind was so cloudy, I just couldn’t focus on school.”

The 38-year-old single mother went back to school in 2013 but soon became very ill due to what doctors eventually discovered was a thyroid issue. Despite going through many blood transfusions and getting her thyroid removed, Metcalf was able to stay in school thanks to cooperation and understanding from her academic advisors and professors. She slowly but surely began regaining health and strength at the beginning of this school year, but after so much time being unable to work, was struggling with payments.

Aware of her situation, school advisors informed her about the emergency grant.

“I actually can’t believe a resource like that was available in the first place,” Metcalf said. “It was a huge weight off my shoulders.”

Now, Metcalf has a meeting set up with an advisor so she can stay on track to graduate in May and prepare to start her career. She studies community development and leadership and hopes to serve as an alderman someday.

Great Lakes allocates these grant funds to colleges and universities that agree to continue to help students succeed financially and academically after receiving the grant.

“Mount Mary, UWM, Stritch, Alverno – these colleges all showed a strong commitment to these grants being an overall part of their student success strategies, not just giving the grant but also providing the wrap-around help,” Dobner said. 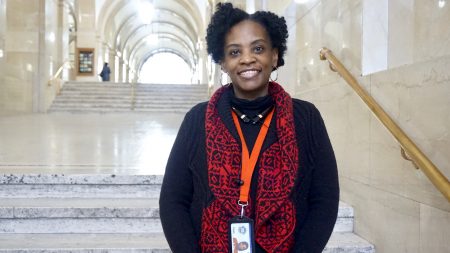 Thanks to the emergency grant, Pearl Goodwin, a first-year student at Cardinal Stritch and single mother, was able to pay off mounting electric bills. (Photo by Elizabeth Baker)

Among two-year student grant recipients from 2012 to 2015 around the Midwest, 73 percent either graduated or remained enrolled the next term, Dobner said. For all two-year college students nationwide, the retention rate (student returning to school the following fall) is 61 percent and the graduation rate is 29 percent, according to the National Center for Education Statistics.

“I can’t say there’s a scientific correlation, but the grant is often the carrot that makes students raise their hand and say, ‘I need help,’ Dobner said. “We give them help with the emergency grant and then tell them about other long-term help they can seek.”

According to a National Student Clearinghouse report on the matriculating class of first-year college students in 2010, 62.4 percent at four-year public institutions graduated within six years. At four-year private schools, that number was 73.9 percent. Those numbers showed slight increases from the prior year.

The six-year graduation rates at Alverno, Cardinal Stritch, Mount Mary and UW-Milwaukee are all between 40 and 45 percent.

Pearl Goodwin, a first-year student at Cardinal Stritch, read about the grant online and approached her academic advisor to learn more. Goodwin recently moved to a new, safer neighborhood with her three sons, but it’s also more expensive.

“I ran into the issue of this huge We Energies bill,” she said. Within two weeks of meeting with her advisor, Goodwin received the $500 grant and was able to pay off the mounting bill.

“It did relieve a lot of stress, and I just wish it were more out in the open,” Goodwin said. She said she tells classmates who are going through similar struggles about the grant.

“I’m in the night school program, so we’re at work all day. Had I not actively started looking for ways to help my situation, I would not have stumbled upon this grant.”

Similarly, Brewer said she feels lucky to have happened to see the flier at the health center and hopes UW-Milwaukee advertises it more around campus.

At Cardinal Stritch, Dean of Students Donney Moroney said the grant has been advertised on the school’s website, through a press release, on boards around campus and also by designated advisors trained to work with students who may benefit from the emergency grant.

Teon Austin, assistant dean of students for diversity initiatives at Cardinal Stritch, said the grant program is especially helpful for the school’s first-generation and low-income students who often lack the knowledge and background to obtain financial aid. The grant gives the school the opportunity to both help these students through a difficult time, and to talk with them about other resources to keep them in school, he said.