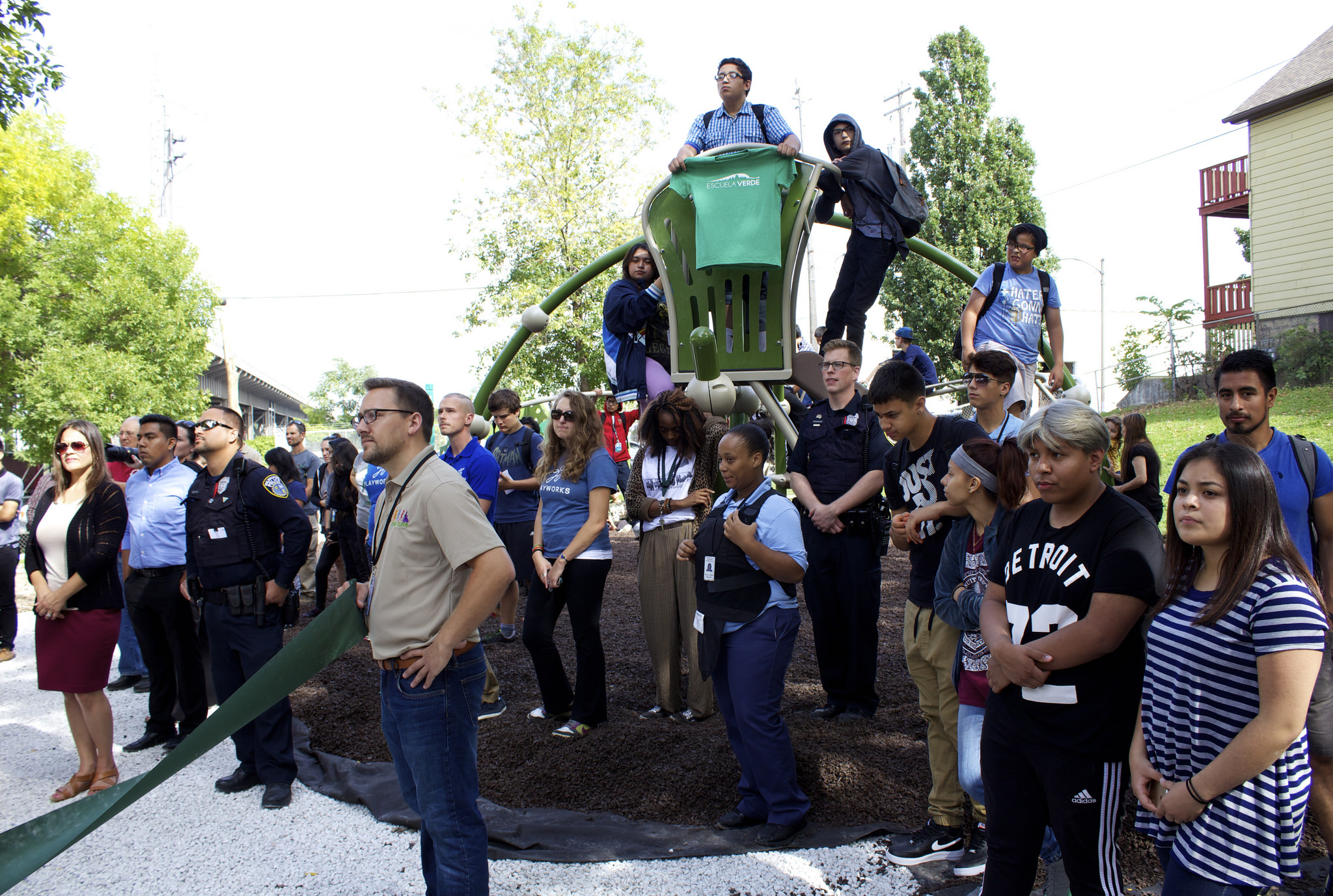 A crowd gathers for the re-opening of Arlington Heights Park, the first of a dozen MKE Plays parks to be renovated. (Photo by Emmy A. Yates)

The MKE Plays initiative has received a generous gift of $100,000 from Herb Kohl Philanthropies in support of neighborhood park reconstruction projects throughout Milwaukee. Herb Kohl Philanthropies, the charitable foundation of the former U.S. Senator and former Milwaukee Bucks owner, focuses on improving education, economic opportunity, and quality of life for residents of the Greater Milwaukee area.

“We are humbled to have the support from someone who understands the value of a true public/private partnership. Few people have done as much for Milwaukee as Senator Kohl, and this generous contribution is an example of his dedication to our community,” said 10th District Alderman Michael Murphy, who conceived the MKE Plays initiative back in 2015 as a way to re-prioritize parks for local government while soliciting additional help from private sector partners.

development of young people. The work MKE Plays is doing to engage neighborhoods is a worthy investment,” said Herb Kohl.

With this in mind, MKE Plays set out to transform the city’s most deteriorated playgrounds over a three year period. Including this commitment from Herb Kohl Philanthropies, MKE Plays has raised more than $1.575 million in private contribution, which will support reconstruction at 14 sites by the summer of 2018.

This gift will further empower local residents with the resources to create parks that are an authentic reflection of the needs, interests, and identities of the neighborhoods they serve.