You are here: Home / Home / Carousel / Medical student from 53206 hopes to improve health in urban communities
Share this... 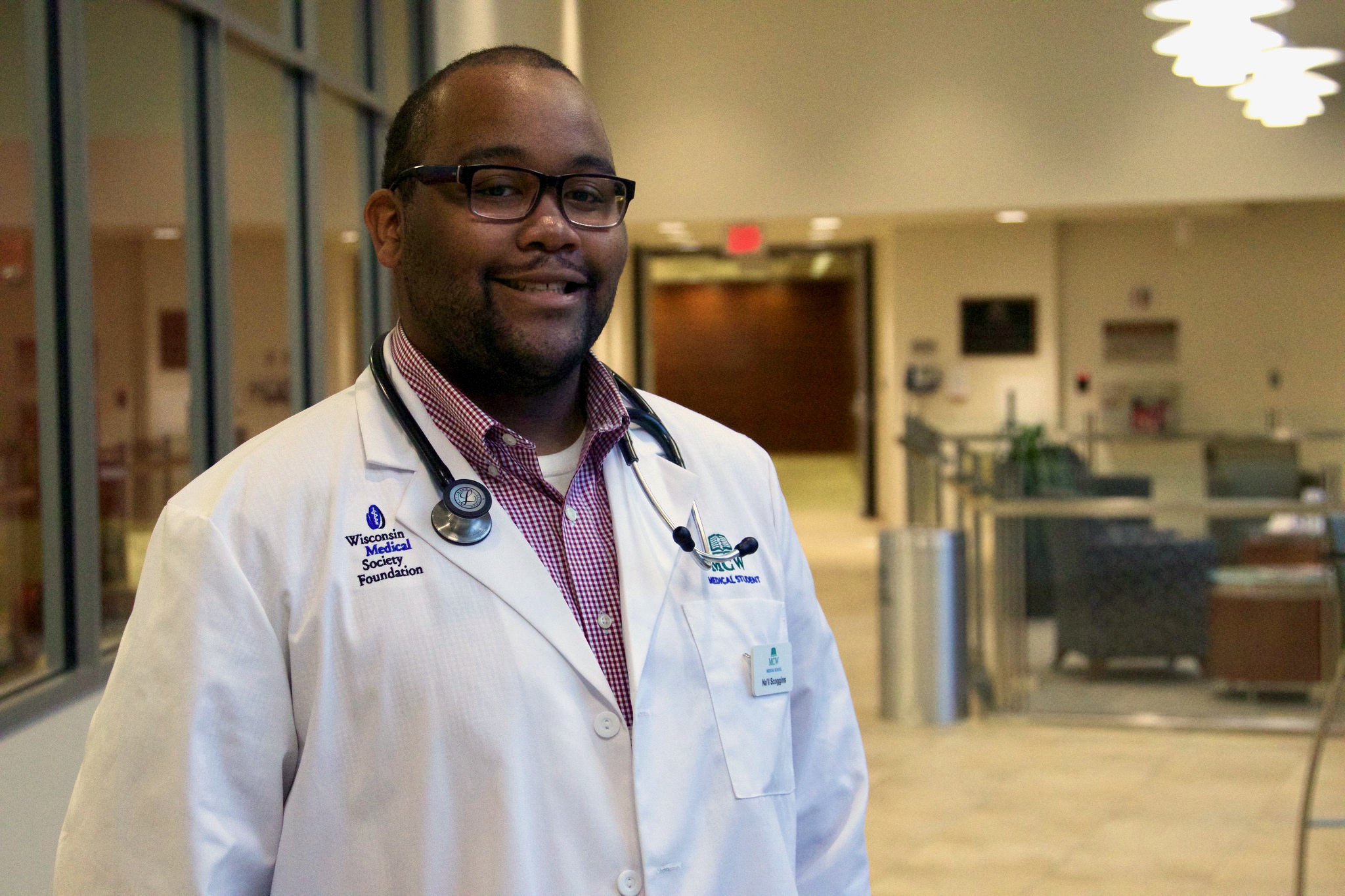 Na’il Scoggins is studying to become a pediatrician or neonatologist. (Photo by Leah Harris)

Na’il Scoggins knew he wanted to be a doctor ever since he was 7 years old. He recalled going to a rummage sale when he was in grade school and instead of toys, he picked up a human anatomy book. He said he loved going to my optometrist in Cranberry to get eye exams when he was a kid.

Scoggins is now 22 and is in his first year of medical school at the Medical College of Wisconsin.

In middle school, at a Grandparent’s Day event, Scoggins noticed that many minority students didn’t have living, healthy grandparents while many white students did. “That sparked my interest in health disparities and made me want to be someone who actively fought against them,” he said.

Scoggins grew up in 53206 — which has the most incarcerations of any ZIP code in the country. He said it is a dangerous area because of crime, but also because of severe health problems such as high rates of infant mortality, chronic illness and sexually transmitted diseases.

Despite growing up in the inner city, Scoggins attended school in the suburb of Whitefish Bay since preschool.

His mother, Michelle Scoggins, said she was determined to get him into a better school than the ones in the inner city. The Chapter 220 program allowed Scoggins and other minority students to attend schools in predominantly white, suburban areas to encourage racial diversity. “I remember running to sign him up.” When his name was pulled in the lottery, I knew it was meant to be, she said. The program ended in 2015. 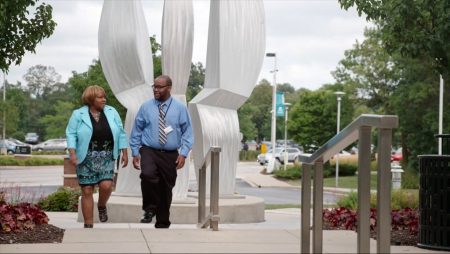 Michelle Scoggins is very supportive of her son’s dream to become a doctor. (Photo courtesy of Medical College of Wisconsin)

“It was always interesting to have these two worlds,” he said. “If we saw a white person in our neighborhood, it was a scandal,” he continued. At school, Scoggins was one of the few people of color. “There were a lot of experiences when you’re the only black person or the only minority and you have to speak for your race,” he said. Although it was difficult, Scoggins also saw value in those experiences because he said they prepared him for the real world.

“I’ve attended predominantly white institutions my whole life,” he said. Scoggins attended college at Denison University in Ohio. He is part of the Research Opportunity for Academic Development in Science program at MCW. The ROADS program offers opportunities to diverse high school students interested in medicine.

ROADS supported Scoggins as a high school student, an undergraduate and now as a medical student.

Scoggins said his mom is one of his biggest supporters.

“We grew up just having enough. We never had to be on government assistance but I never had the same luxuries as my classmates in Whitefish Bay,” he said.

“He’s selfless,” she said. “He has a real understanding of seeing people for who they are and what they need.”

Scoggins said he wants to stay in Milwaukee after school to help combat health disparities. “My community inspires me. I see what’s working and what’s not working and that propels me to keep going and to stay focused.”

While studying takes up most of his time, Scoggins likes to hang out with family and friends and to volunteer. He is a mentor at Project Ujima, which helps youth victims of violence.

Scoggins, who is interested in pediatrics, has three and half years of medical school left followed by at least three years of residency.

“The path is hard,” Scoggins said, “But I always have that vision of community to keep me going.”