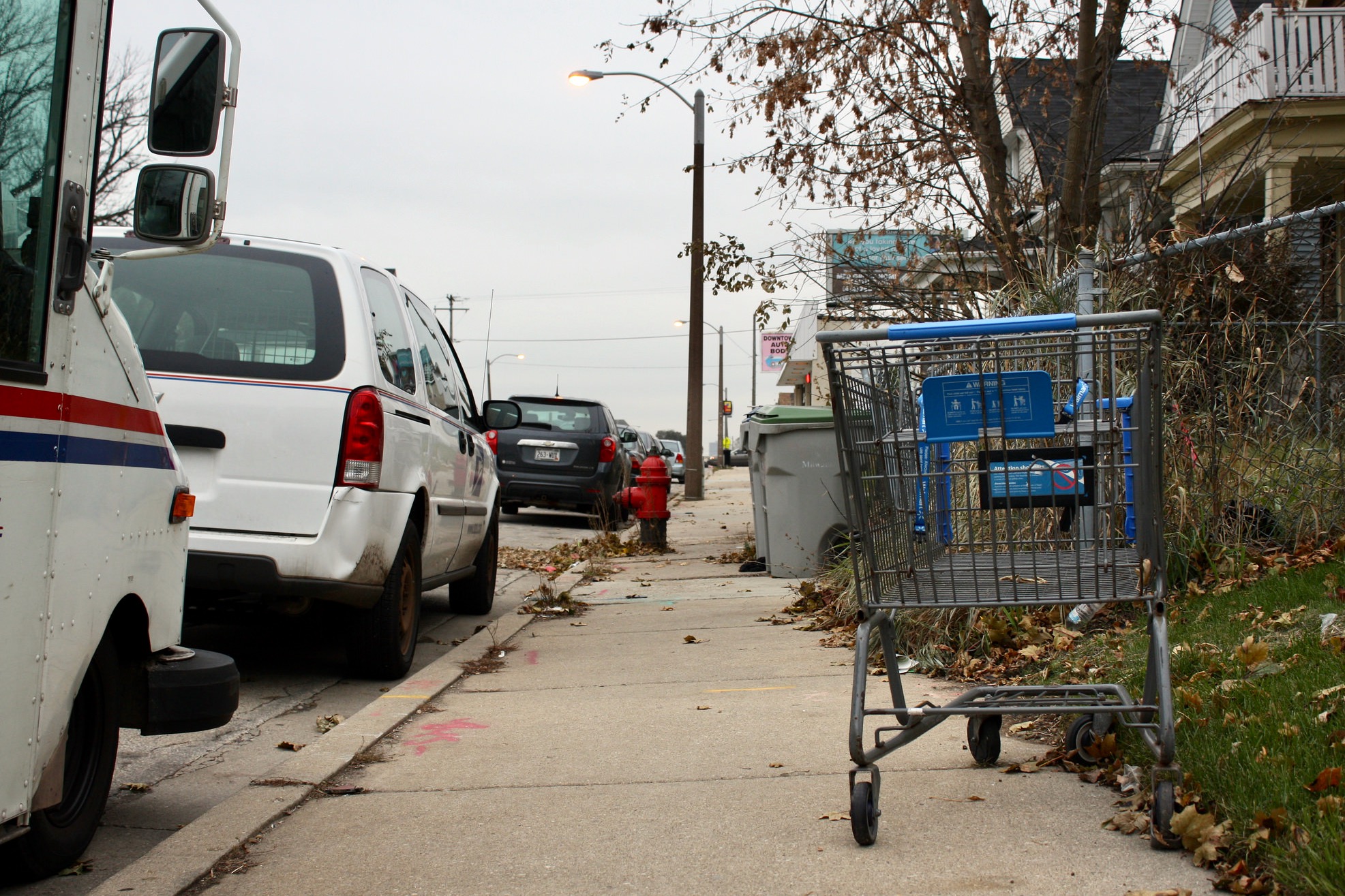 An abandoned cart from a nearby Walmart store sits discarded on North Holton Street. (Photo by Jabril Faraj)

A proposed ordinance that would fine business owners who do not prevent their shopping carts from being taken off the premises would not target homeless people who use those carts to move their belongings, said Ald. Chantia Lewis, sponsor of the ordinance

Lewis authored the legislation after a study by the Common Council found that abandoned shopping carts are a blight in some neighborhoods, lowering property values and obstructing roadways, she said. 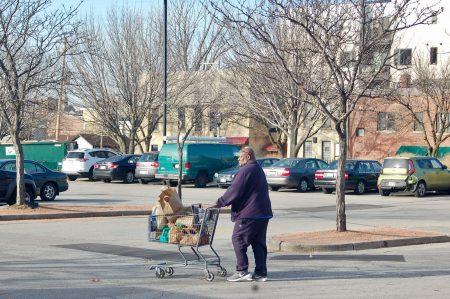 A man walks to his car after shopping at the Pick ‘n Save at 605 E. Lyon St. (Photo by Elliot Hughes)

People who are homeless sometimes use shopping carts to move their belongings, but Lewis said the ordinance is meant to prevent teenagers from stealing the carts. She said teens take them, fool around with them and leave them sitting in the streets.

“We’re not going and looking for those that already have the carts; this is just to prevent more carts from being in the community,” Lewis said. “So we’re definitely not targeting the homeless population. And to note, they’re keeping their carts and they’re with them. They’re not leaving their carts all around the community.”

Art Arnstein, the co-owner of United Milwaukee Scrap, said people occasionally use stolen shopping carts to transport scrap metal to exchange it for cash at his scrap yards. The company refuses to do business with anyone who shows up with a stolen cart, he said.

Brother Rob Roemer, executive director of Capuchin Community Services, which provides a community meal, said he doesn’t think the ordinance would have much of an impact on homeless individuals. “Most seem to have backpacks or suitcases,” he said.

“I don’t think it would affect them a whole lot,” he added.

The Public Safety and Health Committee unanimously recommended approval of the proposal. Lewis noted at the Nov. 20 meeting that businesses often make no effort to retrieve their stolen carts, leaving the task to Department of Public Works employees, who perform the duty on an almost daily basis.

Lewis said she frequently sees carts out in public from Save-A-Lot, Pick ’n Save and Walmart, while companies such as ALDI, which requires users to insert a quarter into a machine before taking a cart, avoid contributing to the problem. She said the carts are present in most Milwaukee neighborhoods as well as the suburbs.

Carlos Cecil, an assistant manager at the Pick ’n Save at 1100 E. Garfield St, said he thinks the proposal is unfair to businesses. “I have carts that end up a half mile, mile from my store. There’s nothing I can do to control that.” He added that store employees drive around to pick up the carts.

Meanwhile a representatives from Save-A-Lot store at 6410 N 76th St. said the store now has anti-theft devices similar to those at ALDI. “Hopefully that will prevent people from taking carts,” said Armando Diaz, the store manager. Michael Massey, assistant manager at the Save-A-Lot at 4821 N. 76th St. said all the local stores are supposed to have the anti-theft devices within a week.

The Common Council is expected to vote on the matter at its Nov. 28 meeting.