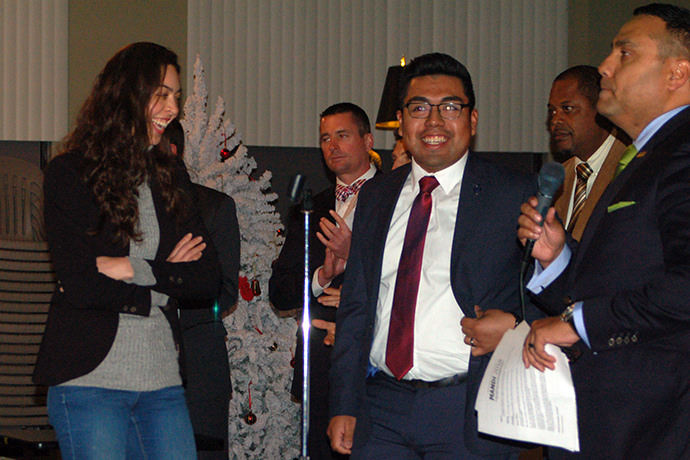 Finalists for the Milwaukee Awards for Neighborhood Development Innovation, better known as the MANDIs, were announced Tuesday during LISC Milwaukee’s holiday celebration. Two new categories were added this year: the Chase Economic Development Award, for economic and business development, and the Northwestern Mutual Collaboration Award.

LISC is still seeking nominees for the Northwestern Mutual award. Donsia Strong Hill, executive director of LISC Milwaukee, said the award will go to two or more community-based organizations who worked together on a program or project.

All of the finalists will be eligible for the Wells Fargo People’s Choice Award. Members of the public will be able to vote online to select the winners. Milwaukee Neighborhood News Service hosts the voting, which will begin on March 1. 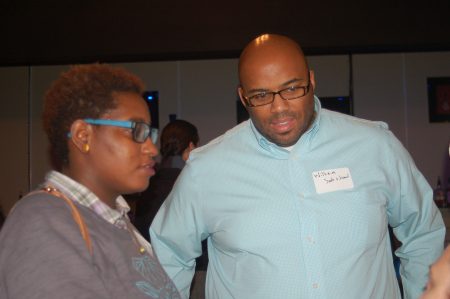 The finalists for the MANDIs, presented by U.S. Bank in partnership with LISC Milwaukee, were selected after a public nomination process and review by a committee of community leaders representing public, private and philanthropic organizations. Two finalists were named for each category, down from three in the past.

Winners, which receive $1,000, will be announced on Thursday, March 15, at Potawatomi Hotel and Casino. The dinner typically draws more than 800 attendees and is considered one of the highlight events of the year for local developers, lenders, representatives of nonprofits and other stakeholders.

Below are the MANDI 2018 finalists announced in each category:

The BMO Harris Cornerstone Award recognizes an organization or program for its commitment and effectiveness over time.

The Chase Economic Development Award for economic and business development

The Northern Trust Navigator Award recognizes an individual for leadership and collaboration.