You are here: Home / Home / Carousel / ‘Sistas Got This Too’ brings young women to 500 Tuxedos event
Share this... 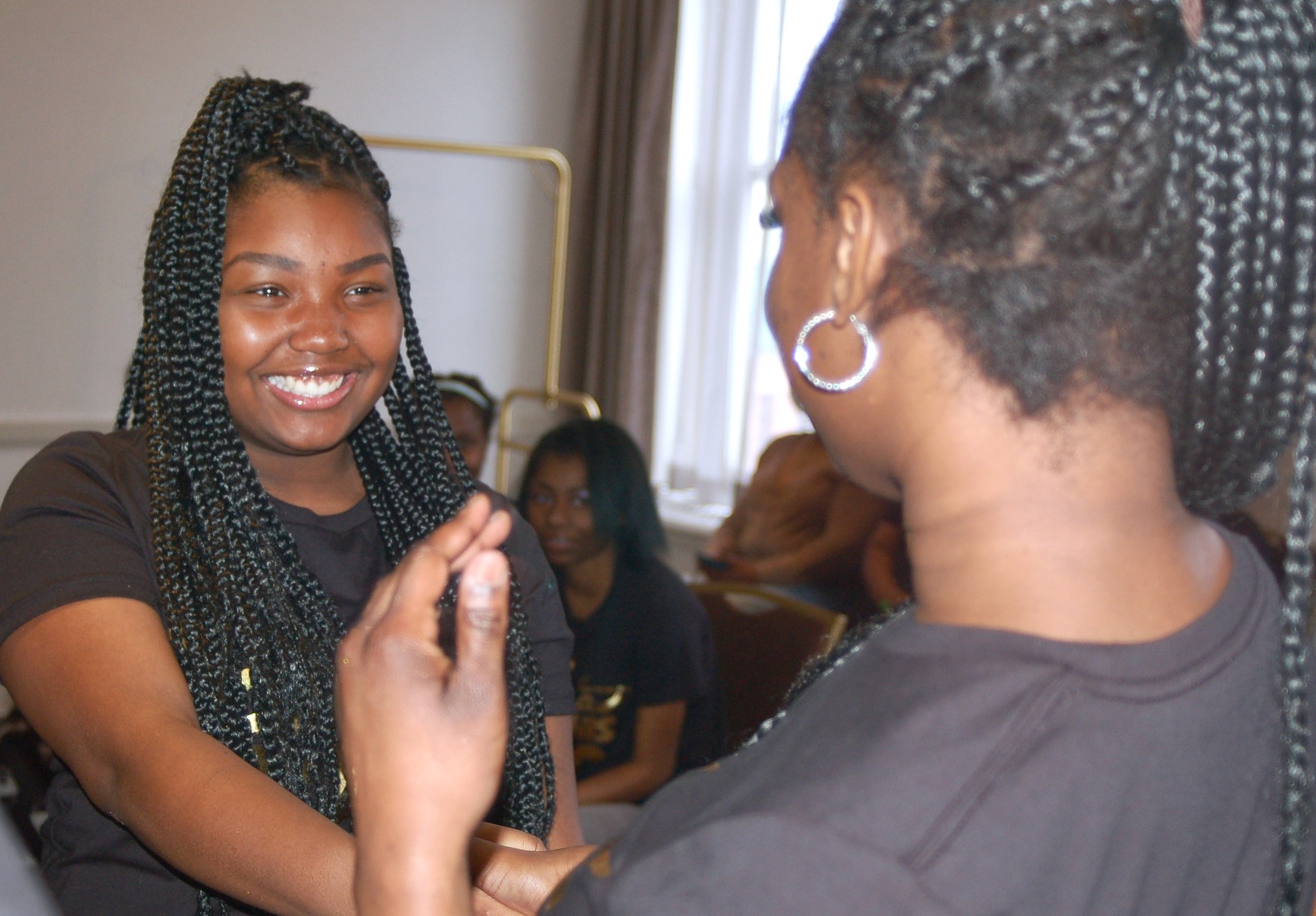 Vincent High School sophomore Akyra Harris, waving her hand in the air, was one of the first to volunteer to demonstrate the proper way to introduce oneself. Sitting in a circle with 30 other young women, she had just been instructed in the etiquette of entering a room, gracefully sitting down and rising from a chair, and confidently shaking hands and introducing herself to another individual.

Harris said she had not learned any of this before and was listening closely. “I’m going to take advantage of it so I can get far in life,” she said.

A participant in the second annual “Sistas Got This Too” program affiliated with Andre Lee Ellis’ “We Got This” initiative, Harris spent the day with five professional women mentors learning about grooming, etiquette, speaking with her authentic voice, working with her peers on a team and recognizing her self-worth. Founded by Denise Thomas and led by Thomas and other professional women, Sistas Got This Too is a one-day youth empowerment program for 13- to 18-year-old African-American girls.

“There’s a lot of attention around boys and men of color. I was a single mother at 18. We need to pay attention to the young women as well,” Thomas said.

Thomas, a recently retired MillerCoors executive and communication business owner, said she admired the work that grassroots organizer Andre Lee Ellis is doing to help African-American boys and young men, and decided she wanted to do something similar for teen girls. Ellis supported her in that effort and Thomas started the program at last year’s 500 Tuxedos event. 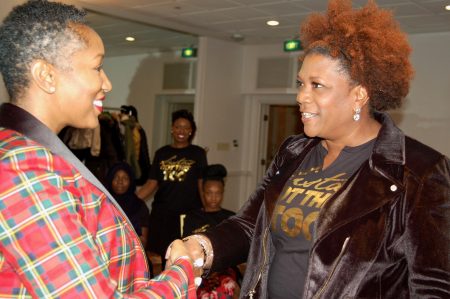 Other founders include Bria Grant, executive director at UniteMKE; Ebony Haynes, program manager for the Boys & Girls Clubs of Greater Milwaukee; and Dana World-Patterson, the founder of Foundations for Freedom, Inc., which seeks to eradicate human trafficking. This year, La Toya Sykes, president of Our Next Generation, joined the effort.

Held on the same day as the tuxedo event and in the same place, the Hilton Milwaukee City Center, the program takes “four to five hours to expose these young women to experiences that they may not have on a day-to-day basis, that they should have,” said Thomas.

The one-day program started with advice on grooming and hygiene and a “mini-makeover,” including hair and make-up by a volunteer stylist. Following a snack buffet the teens sat in a circle for an etiquette lesson.

The program also included small-group discussions and exercises designed to help the girls find their voices and express their thoughts and feelings. They worked together to create presentations that highlighted their individual and group value, Thomas said. “This gives (them) an opportunity to be creative, to be empowered, to use art, which is an often-overlooked skill,” she added.

After giving their two- to three-minute small-group presentations to each other, they chose the best presentation and performed it together to the 500 Tuxedos attendees.

Said Sykes, who worked with the teens on team building, “It was a phenomenal project … accomplished together in a short amount of time. I think the girls were surprised at how they were able to present flawlessly and they walked away empowered.”

Sistas Got This Too had its own formal four-course dinner at the Hilton, which included additional etiquette training.

World-Patterson, a professional etiquette and image consultant, said this training is priceless, especially when learned while young when it can be practiced and refined. “These are skills that they will use forever,” World-Patterson added.

“The girls are always asking me why they can’t participate in “We Got This,” Andre Lee Ellis said in an interview. But he added that he can’t mentor the girls like he does the boys. “They need women to do that” and these “wonderful, powerful women” are very capable mentors.

Ceria McGlothian, a junior at Reagan High School, attended for the second time this year. Though she said she learned about etiquette at home, she enjoyed seeing other women learn and grow, she said.

It’s important, she added, because “in Milwaukee there’s kind of a stigma of being a bitch or a baby mama” and suggested that many young women buy in to those images.  The training is valuable because “the higher you hold yourself, the better you’ll do in life,“ she said.

World-Patterson said that the young women are “walking on clouds by the end of the day.”