You are here: Home / Home / Carousel / Favorite of 2017: Milwaukeeans not surprised over explicit acts of racism by sewer company employees
Share this... 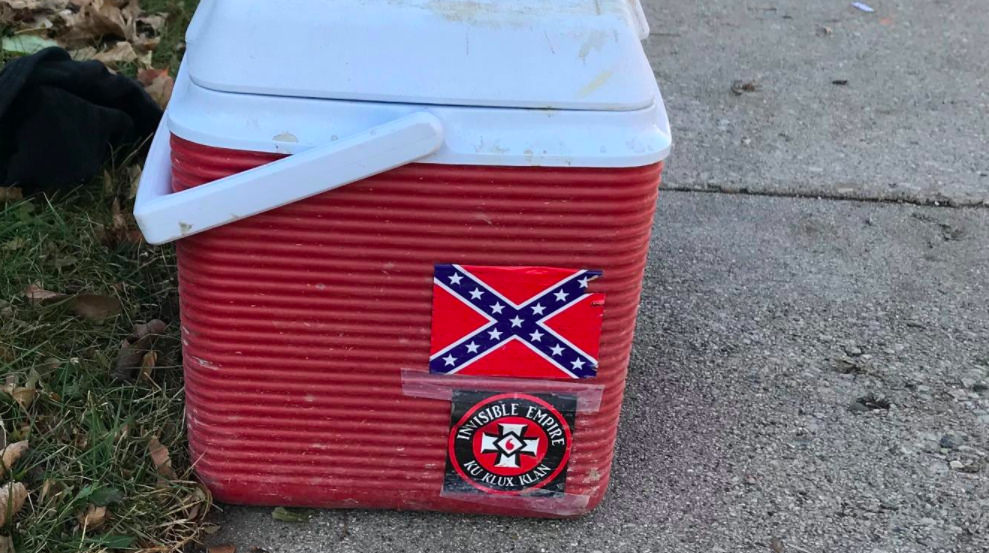 The cooler of an American Sewer Services employee near the intersection of 25th and Wells streets surfaced on social media last week, days after another photo of employees of the same company carrying guns on the job made its rounds online. (Photo from Facebook)

I joined the Milwaukee Neighborhood News Service in the last quarter of 2017. The most interesting story I worked on centered on community reaction to the controversy around a photograph taken at the work site of a city contractor showing a cooler with a Confederate flag and Ku Klux Klan symbols. This followed on the heels of other photographs that surfaced a few weeks earlier showing three workers from the same company carrying guns on the job. In both cases the contractors were working in predominantly black neighborhoods.

Since the photos surfaced on social media, a wide-ranging discussion has followed, touching on racism, Milwaukee’s real and perceived crime issues, gun culture, diversity among utility workers and the wisdom of the city outsourcing work to non-Milwaukeeans. Those are conversations that a community needs to discuss with itself, however ugly it may get, and it’s rewarding as a reporter to witness it happen.