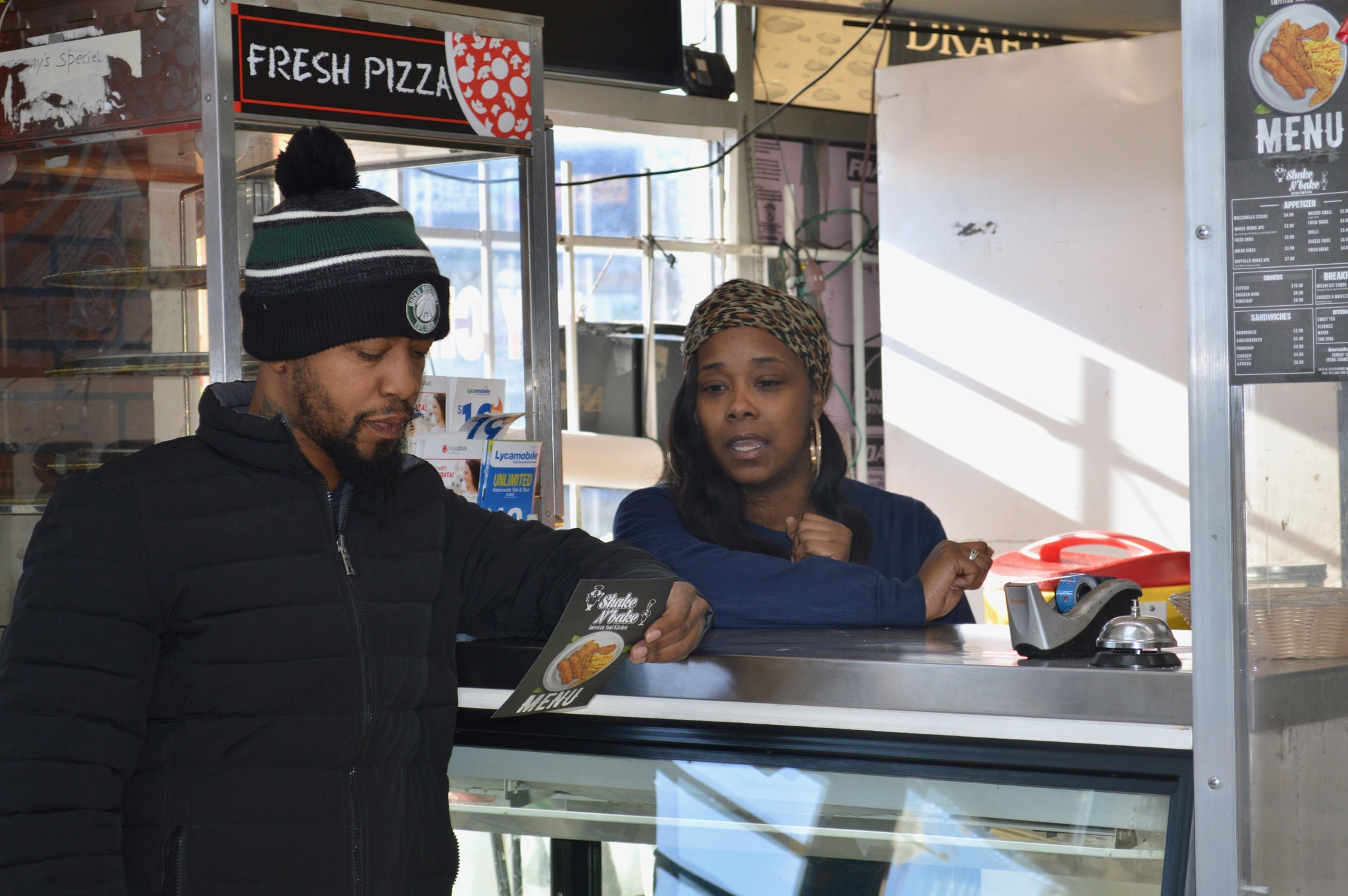 The exclusively carry-out restaurant, in the Thurston Woods neighborhood, serves what Brown calls “American food with a little soul.”

Before opening the restaurant, Davis, 40, worked as a cook at Dee’s Elegance, a Milwaukee bar, where she saved up to open Shake N’ Bake. Davis enjoys cooking and she and Brown have talked about opening their own restaurant for the last several years. They lease kitchen space at Hibo Foods and replaced some of the equipment that was already in the space. Both work at the restaurant full time. 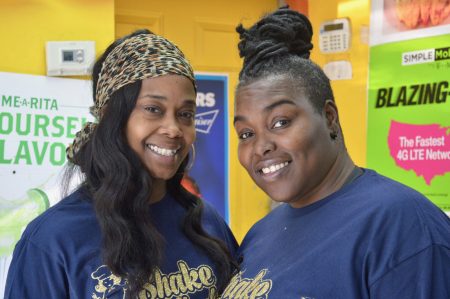 Brown learned how to cook from her grandmother, Birdell Locks, and her great grandmother, Laura Grayson, both now deceased. She grew up eating soul food, which is what inspired the dishes on the Shake N’ Bake menu. It includes items such as chicken and waffles, fried okra and cheese fries. She said that the dishes are comfort food meant to encourage people to “relax and have a good time.” Brown now gets cooking tips from her mother, Denise Pernell, and other family members.

Brown and Davis have lived together on Milwaukee’s North Side for 10 years and have five children between them. Brown’s son, Caprice Evans, 18, and sister, Melody Hawthorne, 27, also work at the restaurant. Brown and Davis cooked for their friends and family so often that they were often referred to as “The Bakes” which inspired the hashtags on the back of the restaurant uniforms.

Many of the customers who visited on opening day have eaten Brown and Davis’ food before, and came on Saturday to support the establishment.

“I’ve been eating their good cooking for years,” said Milwaukee resident Antoine Bullocks, 38. “Whatever they cook, you want some.” He added that it is hard to choose what to eat because everything is so good. Currently, the Shake N’ Bake Facebook page has 11 reviews, all five-stars, with 591 people following the page.

Although the focus of the kitchen is American cuisine, on Sundays Brown and Davis plan to offer dishes from various cultures, serving food buffet style and providing dishes that are off menu. Customers will be able to select a number of premade sides, and pair it with a made-to- order main course.

Brown and Davis chose to lease the kitchen in the convenience store because they know the owner, but ultimately would like their own building with complete creative control. In the future, they would like to have a place where customers can sit down and socialize.

Shake N’ Bake is open Tuesday through Saturday from 10 a.m. until 7 p.m. and Sundays from noon to 5 p.m.