You are here: Home / Home / Carousel / Unity in Motion pushes Milwaukee’s youth to succeed in school, life
Share this...

Allen Ruppel founded his nonprofit organization Unity in Motion nearly 18 years ago, but the sweetest moment for him came just recently. A former student, Quamaine Knox, graduated college and the first person he stopped to see was Ruppel.

“My very first student and I grabbed lunch the other day and it’s amazing to see how far he has come since being a part of this organization,” Ruppel said. “He still calls me senpai from when I first taught him karate,” Ruppel joked. 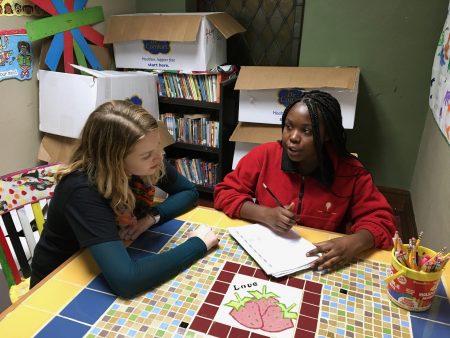 With the help of Dawn Steffen, vice president and program coordinator of Unity in Motion, Ruppel launched the organization in 2000 while the two were both working full time at Northwestern Mutual.

“This organization just brings a lot of purpose to my life, as far as being able to really impact the kids and help them along the way academically,” Steffen said. “When Allen approached me about potentially working with him, I knew it was what I wanted to do.”

Steffen still works at Northwestern Mutual but is also a staff member at Unity in Motion, working whenever she can. Ruppel became full-time executive director of Unity in Motion in 2010, when the organization was incorporated as a nonprofit.

“I had the choice of playing it safe and remaining at Northwestern Mutual for the rest of my career. But, after discussing it with my wife, I knew I wanted to make an impact on Milwaukee’s youth permanently,” Ruppel said.

“I never had the intention of leaving Northwestern Mutual once I got the job there, but Unity in Motion just kept growing over the years and I knew it was meant to be,” he added.

A U.S. Navy veteran, Ruppel was a part of a navigation team on the fifth nuclear submarine to ever circumnavigate the world. “That was a huge accomplishment for me,” he said. Once Ruppel finished his time in the service, he went to school at University of Wisconsin-Whitewater where he received his bachelor’s degree in finance. 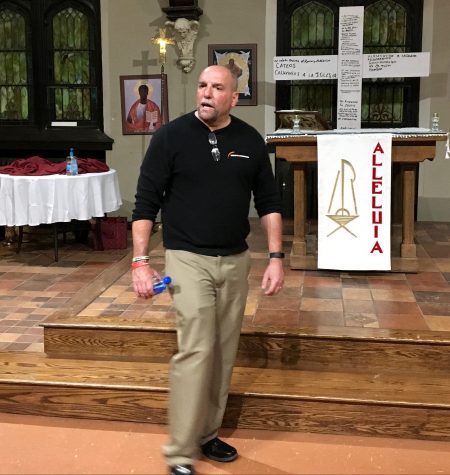 Unity in Motion, 2600 N. 2nd St., has evolved from a karate class that met once a week to an all-encompassing program that meets every weekday. The organization focuses on building relationships with young people and providing academic assistance, while also offering incentives for good behavior, such as trips to Milwaukee Bucks and Brewers games.

Ruppel’s impact is far-reaching, according to students and parents. Tarina Dodds, 47, has two children who attend Unity in Motion and credits Ruppel with steering them in the right direction. “I believe in what he’s doing,” Dodds said.

“I heard about Unity in Motion from a friend and after talking to him [Ruppel], I could tell he put his blood, sweat and tears into the program. The enthusiasm is always there and my kids love him.”

Student Mary Brewington, 13, described Ruppel as “having everything under control.” She said, “As a leader it’s hard to maintain authority over all the kids in the program, but he does a good job of making sure everyone is doing the right thing.”

Ruppel and his coworkers believe that Unity in Motion can continue to grow and benefit Milwaukee’s youth for years to come, along with other nonprofits in the city.

“Nobody can do it all,” Ruppel said. “We have to leverage all the talent and resources throughout the city because there [are] simply not enough. If we can all work together, I really do believe this city can be great for its youth.”