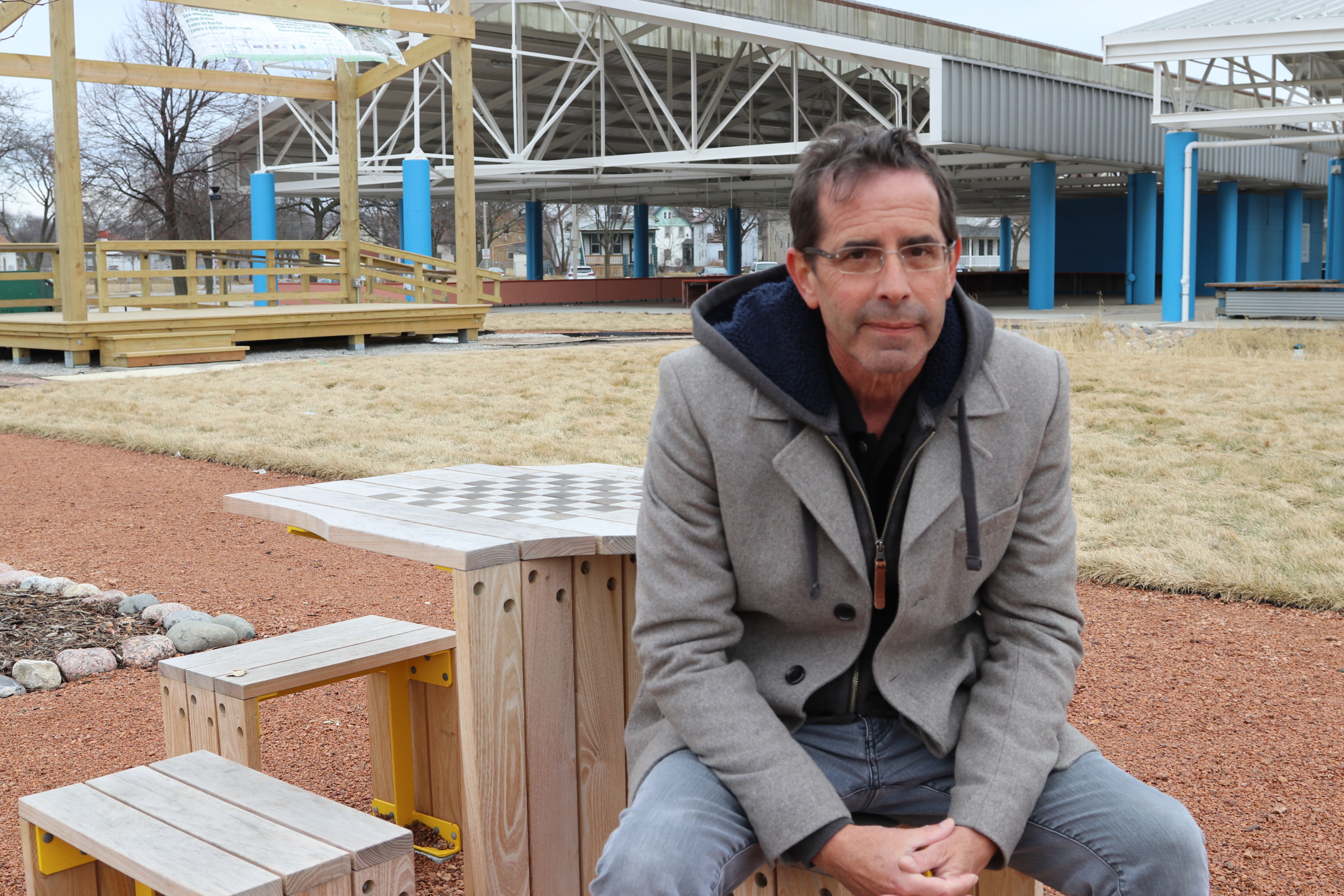 Editor’s note: This article is one of an occasional series profiling the 12 finalists for the Milwaukee Awards for Neighborhood Development Innovation (MANDIs). Fondy Park is a finalist for the Brewers Community Foundation Public Space Award, which recognizes public space that helps build community.

For more than a decade, the city-owned lot on the corner of Fond du Lac and Meinecke in Lindsay Heights was an eyesore. All that filled the space was a broken-down fence and a construction project that never seemed to progress. But last year, community partners transformed abandoned pieces of concrete and gravel into a foundation for a new, eco-friendly park.

Fondy Park, 2200 W. Fond Du Lac Ave. opened on Sept. 16 as a project of HOME GR/OWN, an initiative of the City of Milwaukee’s Environmental Collaboration Office (ECO). ECO’s mission is to turn vacant lots into green spaces throughout Milwaukee. Fondy Park sits adjacent to the Fondy Farmers Market, the city’s largest and most diverse farmers market.

“The lot was basically useless, and it was dangerous,” said Jennifer Casey, executive director of Fondy Food Center. “We were constantly getting complaints from shoppers and farmers and people saying ‘why don’t you do something with that site’?”

Casey said when she joined Fondy Food Center in 2014, she began talking with various community partners about turning the lot into a park and performance place. None of those talks panned out until 2016, when Tim McCollow, project manager of HOME GR/OWN, found funding through the Milwaukee Metropolitan Sewerage District to begin creating a storm water retention park. 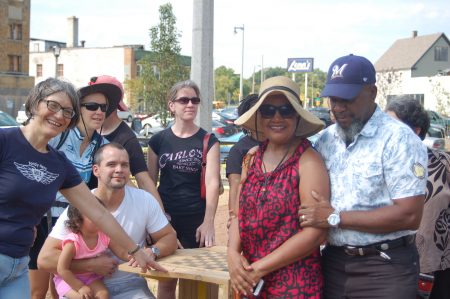 “We really like to do projects that have multiple benefits,” said McCollow. He said Fondy Park was the largest project HOME GR/OWN has ever done.

In addition to providing adaptable space for the farmers market, Fondy Park also serves an environmental purpose by protecting neighborhood homes from flooding and preventing pollution in Lake Michigan.

McCollow said that every square inch of the park is absorbing water, collecting 83,000 gallons of rainwater underground.

“Normally you would want water to flow away from the property; we are actually doing the opposite,” said McCollow.

“It builds off a lot of the strengths of neighborhood partners,” Hegarty noted.

Once funds were generated for the underground storm water management system, it was easier to find funding for the above-ground elements of the park.

“People saw the beauty of the project and were quickly available to raise the necessary funds to start construction in May,” said McCollow.

The Fund for Lake Michigan supported the project. “Everything we fund has to be about improving water quality,” said Vicki Elkin, the executive director. “And we’re always looking for projects that have multiple community benefits.”

“There are a lot of great things happening in that neighborhood, and this is just one more element that is helping support a really vibrant part of the city,” said Elkin.

Other funders included The Zilber Family Foundation and the Greater Milwaukee Foundation. David J. Frank Landscape donated the time and materials to build the park’s fence and gravel pathways.

The park’s features include an event stage, green space, beautiful plants, benches and tables with chess boards etched on the top. Casey said that the opening day for Fondy Park was “full of joy.” The park opened on Fondy Food Market’s 100th anniversary, making it all the more special.

Fondy Park “expands our central role as a key community gathering space in the neighborhood,” said Casey. “Kids and families and seniors and our farmers are able to utilize the park.”

Venice Williams, executive director of Alice’s Garden Urban Farm, 2136 N. 21st St., sells produce at the Fondy Farmers Market. “The park is a place of hospitality for both neighbors and patrons of the market,” said Williams. “Fondy Farmers Market, Fondy Park and Alice’s Garden Urban Farm are all extensions of one another; we breathe life into one another.”

McCollow said that the current Fondy Park is phase one of the project. “We can’t build Fondy Park and then just walk away.”

He said phase two, which will start this year, will include adding solar power to the site, putting a roof on the stage and working to get more events planned throughout the season. He said because this year will be the first full season with nice weather, it will be interesting to see how the community utilizes the park.

“The Lindsay Heights neighborhood is really the premiere eco-tourism neighborhood of the city,” said McCollow.